Does the installation of GNOME 40 flatpak apps slow down a 20.04 system significantly?

I have installed Geary, Calendar, Notes/Bijiben (all GNOME version 40) and some other applications as flatpaks via flathub.org. When executing flatpak list it shows the GNOME Application Platform packages for version 38 and 40 as expected. While having only flatpak applications installed, which needed the GNOME 38 environment (e.g. Evolution 3.40), I didn't experience a significant change in my computer's performance. Since I installed the aforementioned applications (GNOME 40), my system is now as fast as a tortoise. The machine itself is not the newest model, but an i7 quad core with 12GB RAM shouldn't perform that poorly.

The machine is idling at the moment after a reboot at 4.4GB RAM usage with a cache of 1.9GB. I wonder where this results from, as I do not have any applications running in the background. gnome-system-monitor shows me a bunch of processes, but the highest RAM usage is that of gnome-shell with ~300-400MB. Since the indroduction of snaps and flatpaks, htop has become quite unusable for me, as I just can't figure out on a desktop Ubuntu what is going on anymore.

Some background processes now show up twice, e.g. everything related to Evolution such as evolution-calendar-factory, evolution-source-registry and evolution-addressbook-factory, which I guess is because of the flatpak install. Which is interesting to say the least, as the regular Ubuntu GNOME environment comes with Thunderbird, and I haven't had installed Evolution before.

My question is unfortunately rather unspecific, but can anybody enlighten me what is going on here with this package mess? I am sorry for being so ignorant not to see all the benefits of snaps, flatpaks, bells and whistles. Can anybody explain what happens when running a GNOME 40 application in Ubuntu's GNOME 3.36environment, and why everything slows down then? Is it normal that a GNOME desktop idles at 4.4 Gig, especially since there are just basic extensions like trash indicator or user themes installed?

Resources used after a reboot: Apart from the Nextcloud desktop client (autostart applications), there are no other applications running. 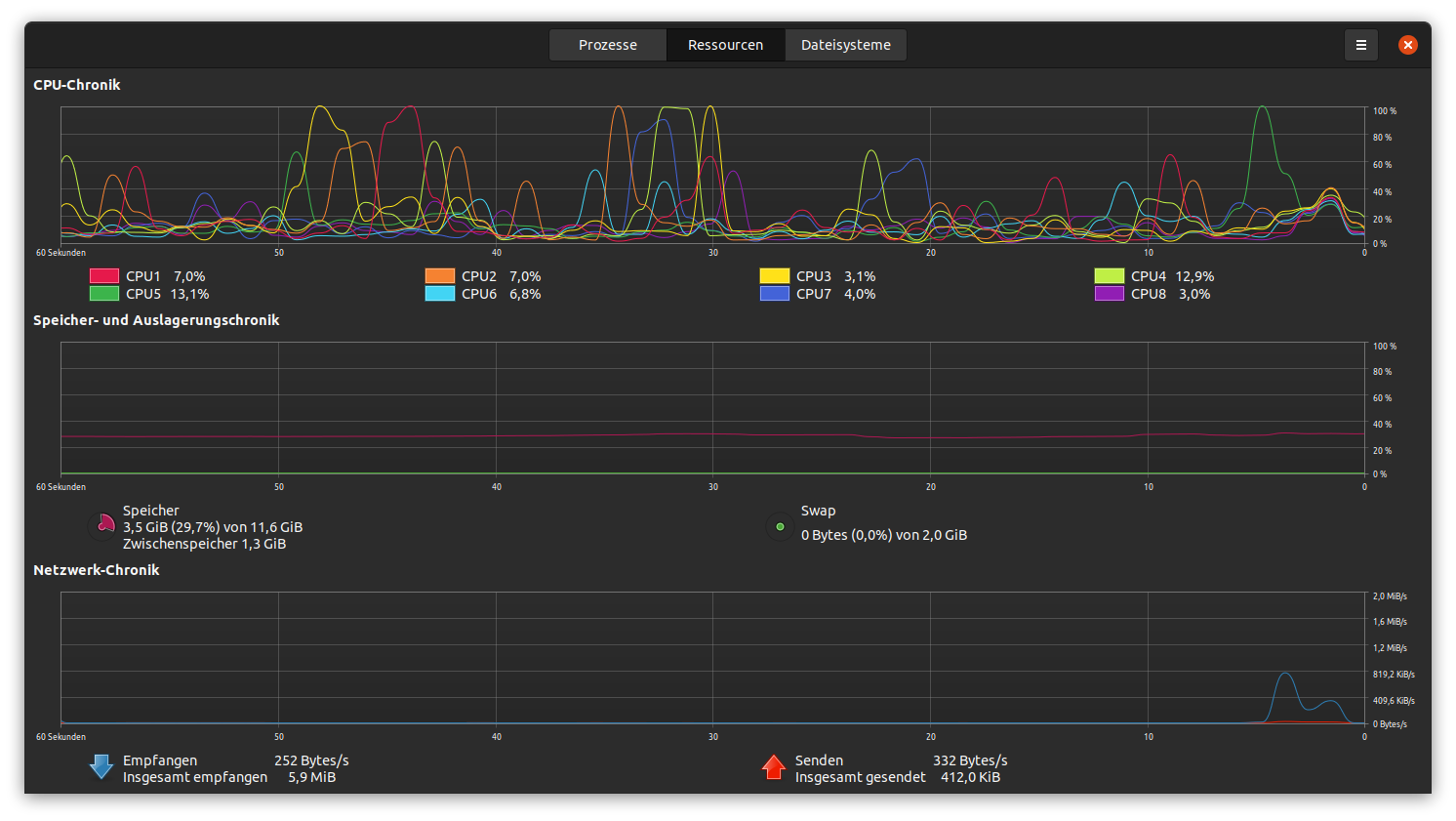 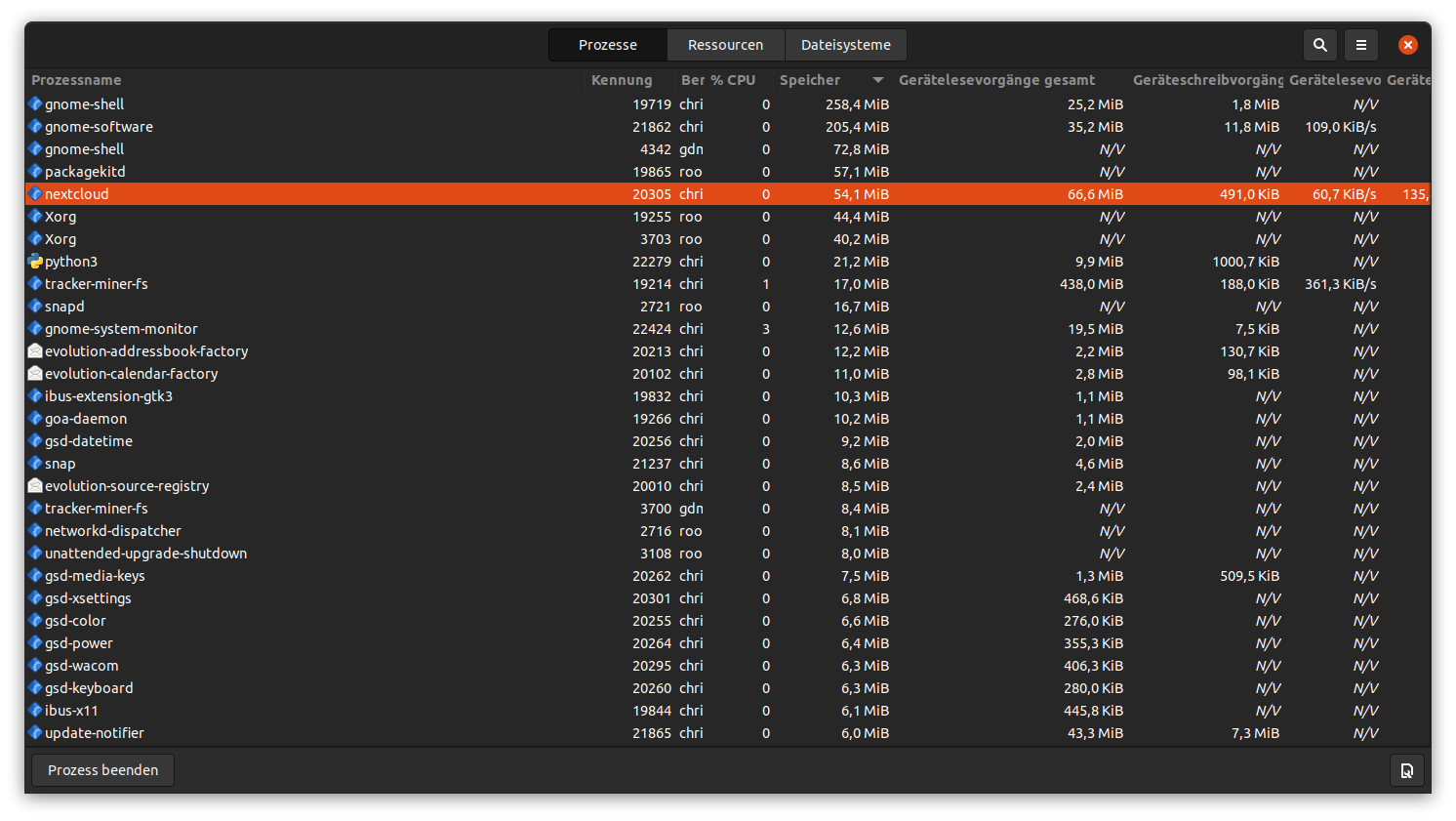 Flatpaks nor snaps should slowdown the main operating system as long as the applications are not running. When they are running, they will use system resources, but that is also true for applications regularly installed using APT.

The main difference in resource usage will be in memory footprint. These applications are in principle containerized, and each package needs to provide in its own dependencies, to some extent however provided by other snaps or flatpaks. To run Gnome 40 flatpak applications, all the GTK4 libraries they need, must also be loaded, separate from these provided by the operating system. This is, for flatpak, done through "dependent" flatpak packages, the Application Platform packages that you mention. These can be shared among flatpaks, allowing to reduce the redundancy within the flatpak environment.

Once running, flatpak or snaps should not be slower than regular APT packages. At that point, they are just running code like any other apps, however running in a confined environment as setup by the flatpak or snap framework. Only when permitted do they access the resources of the installed operating system.

Not sure what is going on with your system, but this should not be because you are using Gnome 40 flatpaks. As said in the comments, it is true that "Flatpak and Snap are synonyms for redundancy, and therefore, wasted resources..." but with your 12 GB of RAM, that should not be in the order that it slows down your system. With or without flatpaks installed, a freshly booted Gnome Shell based system should not be using more than 1 GB of RAM (as indicated by the column "used" in the output of the command free -h --si).

I have no idea how you would get those results. I doubt that they are related to the use of snaps and flatpaks.

But I can at least answer partly. Geary uses Evolution backends and I guess that Calendar does as well. So there's nothing strange about that. For them to show up twice, my guess is you have native Ubuntu versions and a snap or flatpak version as well.

Okay, I got it. GNOME running two environments is not per se slow, yet it is not advisable to do that on a zfs file system. I had done my setup on my laptop with zfs, because I am an idiot had very good experience with it on our server HW, but this is really a very bad thing to do on a laptop with just two hard drives.

After an extensive conversation with an expert on file systems, I figured that I just have to do a clean install on an ext4 file system to enjoy the benefits of flatpaks, which invoke another GNOME environment. Short summary of what the expert said (I can't really replicate it, as it is highly complex): zfs has its own write cache, which uses a lot of RAM, it is great with large files, but sucks at small disk writing tasks, so running two environments would cause extremely high RAM loads and disk I/O something something. I am sure that more advanced users could add more insights, I am just too dumb for zfs on a non-server system.

Not the answer you're looking for? Browse other questions tagged 20.04 gnome flatpak or ask your own question.

0
Gnome-Shell behavior in Ubuntu 14.04 is off after installing and then removing Pantheon
0
Is it possible to set a gtk theme for flatpak apps independet from the Gnome theme configuration?
4
Install Flatpak apps on Ubuntu 20.04
1
Why does the system slow down under load (especially in games)?
1
Ubuntu 20.04.2 LTS screen refreshs automatically
2
Flatpak does not update its apps when run via cron
2
How to apply system theme to flatpak apps that use GTK4?