Why is Firefox so slow?

After updrading to ubuntu 12.04 LTS (on a DELL Studio XPS) firefox is not working like it should. It takes a lot of time before launching (> 20 seconds) and the application is abnormally slow, not to say "totally unusable"

I already tried to remove it and reinstall it, did not resolve the problem.

If the above options don't help, try creating a new user profile.

Make sure that Firefox is closed. Press Alt+F2 and run the following command:

Create a new profile and see if that solves your problem. 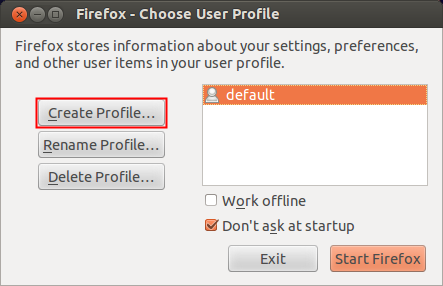 If nothing works then you can reinstall Firefox. You can do it by running these commands in terminal.

Slow Firefox start-up can be explained by at least the following factors that I know of:

To optimise the databases of Firefox, you can use the following script: Firefox optimisation for Linux It simply run optimisation command on the databases that it founds in your user directory. You need to install sqlite3 though, it's available by default in the UBuntu's repositoies.b

For the add-ons, try disabling them one by one and restart Firefox each time. If one is making Firefox much slower then you have to assess: "do I really need this add-on?"

1
Mozilla Firefox 12 is very slow on Ubuntu 12.04 LTS
0
Firefox is pounding my system what should I do
0
Why firefox getting slow?