I have been trying Ubuntu 20.04 for two weeks. It worked well with NVIDIA graphic card.

Then I tried to install Plasma Desktop. If I choose "gdm3" on installation, everything goes well. NVIDIA works. If I choose SDDM, black screen after reboot. Then I purge NVIDIA drivers, and it works well with Intel HD graphics.

This week I have installed Kubuntu 20.04 and I click driver installations also at the Kubuntu installation dialogue. So black screen on first boot. Then Ctrl+Alt+F2 and purge NVIDIA. Then it worked.

It gives black screen immediately after I try to use NVIDIA with Kubuntu. I know that this case has been problem for many users. But I didn't understand anything from any explainations.

Is (K)ubuntu installers own NVIDIA driver packages doesn't suit for SDDM? (Always it downloads Nvidia 340) Should I download and install manually? And what driver should I download? I will put my neofetch result down.

Thank you in advance. 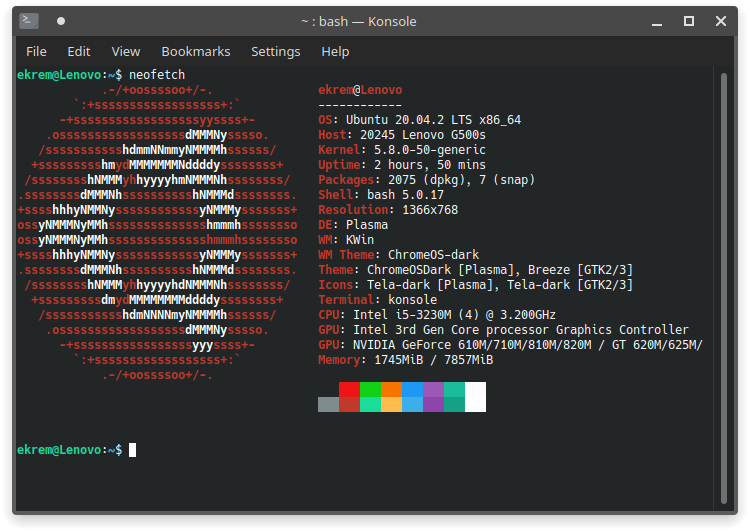 Also check that you have linux-headers packages installed. They don't install by default and nvidia drivers don't build without them. Yet they are not listed as a dependency.

Then try installing nvidia-460 driver by any convenient means.