Getting "System program problem detected" pops up regularly after upgrade 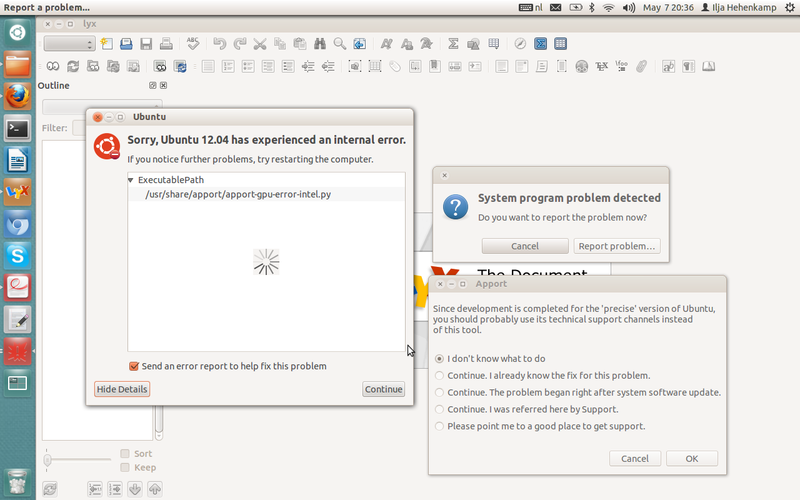 1
Incorrect spell check results
4
How do I install the necessary debug packages to report tracebacks in Kubuntu?
5
How can I find my Bug-report on launchpad that I submitted from the Desktop?
8
14.10 Image Viewer bug, click>drag pic leaves pointer changed
2
How do I report a bug when Launchpad fails?
2
How do I use Apport on a virtual console to send a bug report?
0
System Software Problem detected: Toshiba Satellite NB10t-A