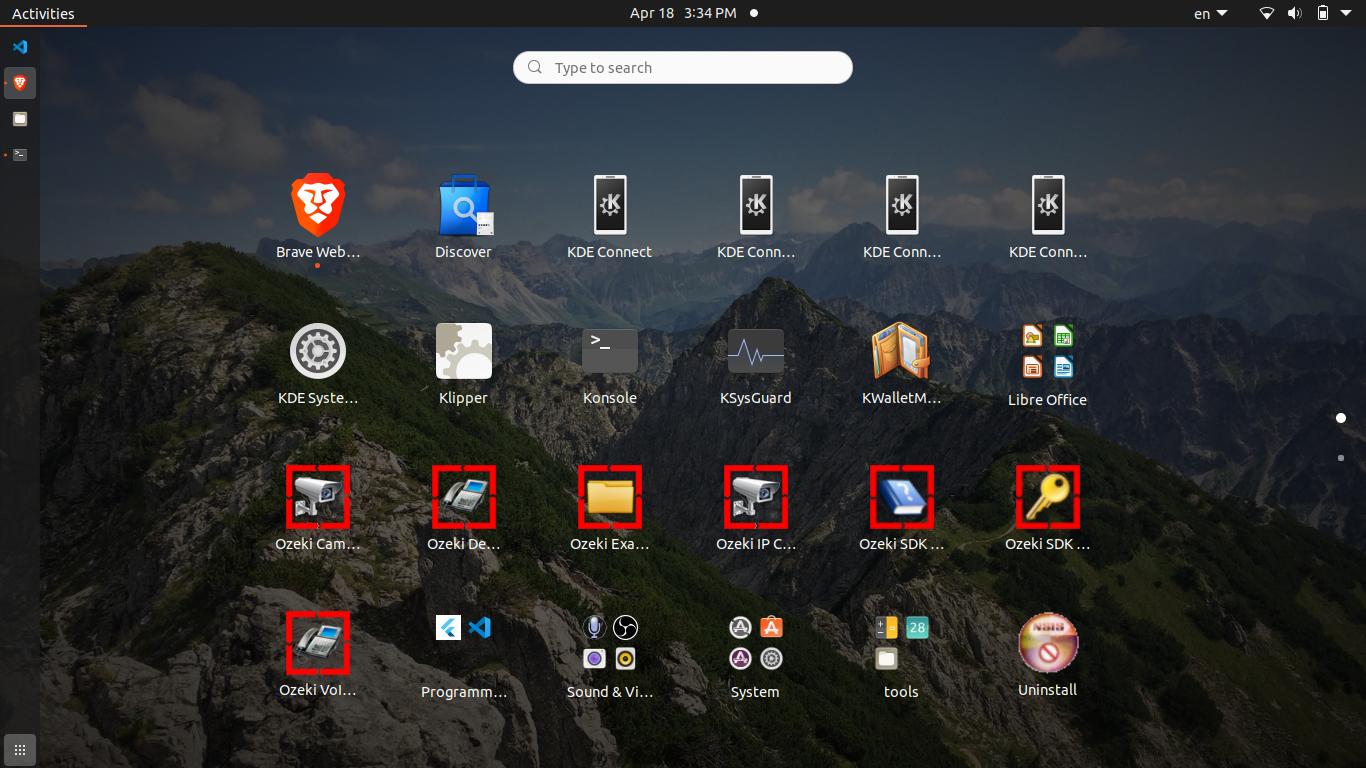 I have purged the KDE plasma desktop and uninstalled ozeki SDK. but those are still showing in the app menu. how I can remove those. i have attached the photo.

Any icon you see in the application launcher is represented by a desktop launcher file in specific directories. That are specifically formatted text files with the .desktop extension. Removing such launcher will remove the icon from the menu.

Normally, removal of an application installed via APT or snap or flatpak will also remove the system installed desktop launcher. If an application launcher remains in the application menu, then it would not be displayed in the menu if the command to execute it has become invalid. This command is provided on the Exec= line in the launcher.

Thus, if I see and the launcher and specific icons for them, then my first impression is that your application is not removed, or not completely removed.

Apart from the question whether the app is removed or not, you can manually remove the icons in the application menu by locating the desktop launcher files and deleting them. The command

will list any desktop launcher that displays a label starting with "Ozeki" in your menu.

In your case, also icons have been left behind. You can identify the name of the icons by looking at the Icon= line in the desktop launchers, and then find and delete the icon files if you wish so.

Not the answer you're looking for? Browse other questions tagged appmenu or ask your own question.

5
How to get back the application menu for LibreOffice after an update?
0
lost application menu 10.04 after upgrade
1
Which Java versions support global appmenu
76
Is there a shell-independent HUD-like menu search tool for Xfce/GNOME/Cinnamon?
3
Remove menu icons of uninstalled applications
8
disable global app menu in Ubuntu 19.04
1
How to delete an empty app folder from the Applications view
0
removing icons in applications