Is there a fast way to show your desktop [duplicate]

Possible Duplicate:
What are Unity’s keyboard and mouse shortcuts?

I need to see content on my desktop or a folder just pressing an icon or a couple of keys. How i do this on unity?

If you are using Ubuntu 12.04 you can simply hit Ctrl + Super + D to minimize all windows. Super key is also known as the Windows key.

Another tip, holding the super key in Ubuntu 12.04 will bring up a list of shortcuts for your future use.

You can access desktop just by a movement of mouse...!

Press Alt+Ctrl+T to open the terminal and run the following commands one by one.

Press Super key (Windows key) to open the dash and search for "Ubuntu Tweak" and open it.

Click on the "Tweaks" tab of Ubuntu Tweak (2nd tab from left) and select workspace. 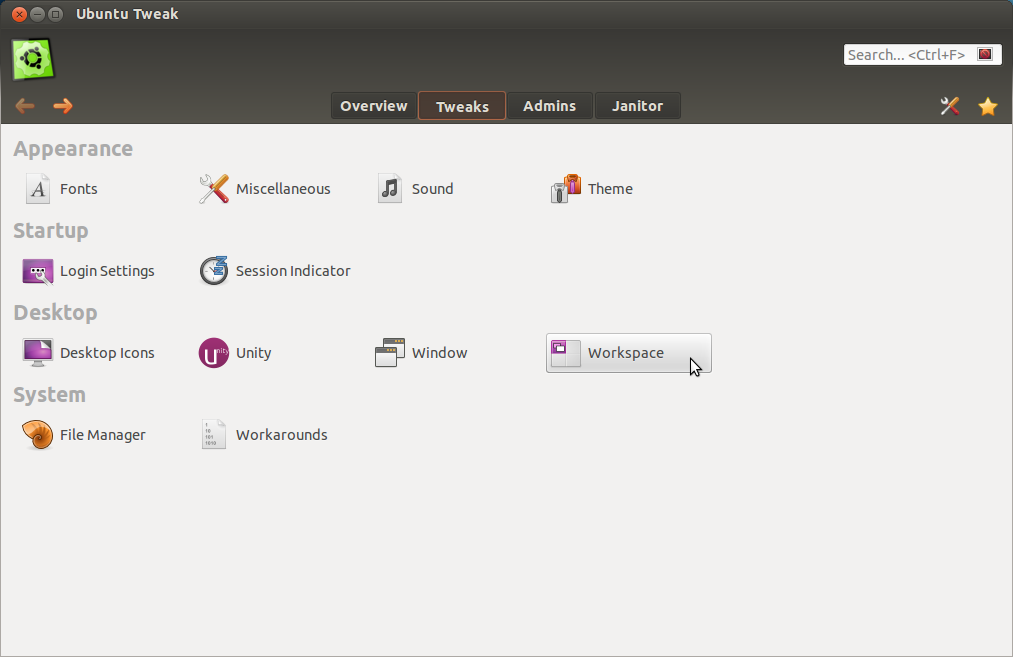 Hare you can bind four action to four corners of your screen. Just click on the drop down menu of any four of them and select show desktop. 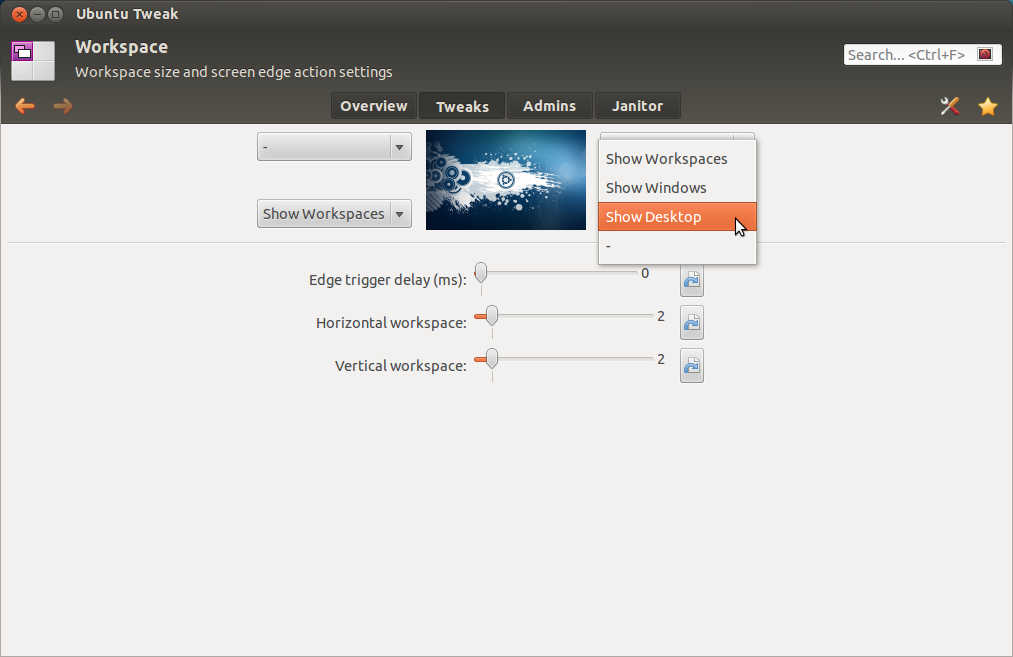 That's it. Now just move your cursor to the corner you just have set to show desktop.

You can use the Alt + Tab switcher to show the desktop , like in the image below: 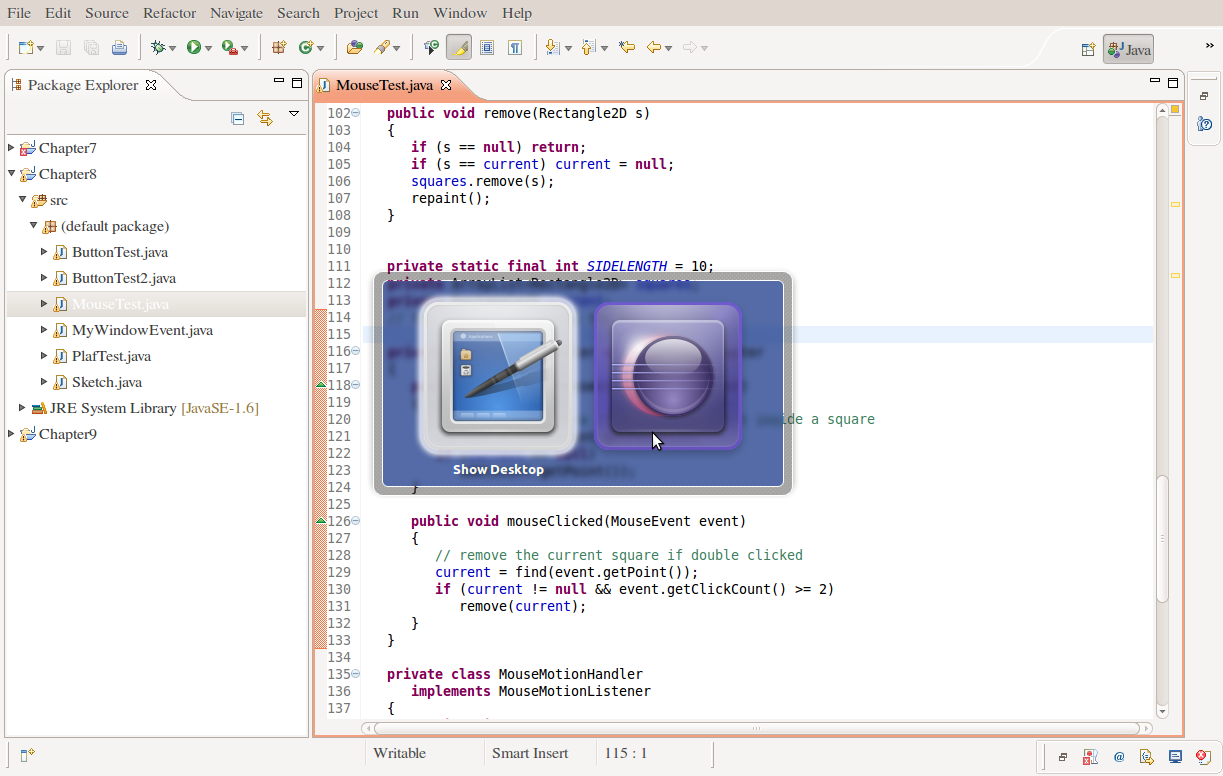 Also, you can add "Show Desktop" icon to the launcher.

There is also a very practical way to show desktop in Ubuntu 12.04 known as a "hot corner" available in CompizConfig Settings Manger. You can only move the mouse cursor to the selected corner and desktop will be displayed.

Almost all ways for showing desktop in Ubuntu 12.04 are described in the article: http://www.inforbiro.com/blog-eng/show-desktop-in-ubuntu-12-04/

You can do it using MyUnity, just go to the Desktop tab and activate Show desktop icon.

524
What are Unity's keyboard and mouse shortcuts?
78
How to add a “Show desktop” icon to the launcher?
9
Quickly minimize/hide all windows, preferably with mouse - 11.10 specifc
1
How to minimize all windows and go to desktop quickly using mouse on Ubuntu 18.04?