I am having problems with image quality when reducing images or zooming out in certain applications. It looks almost as if the image is not being smoothed or anti-aliased. 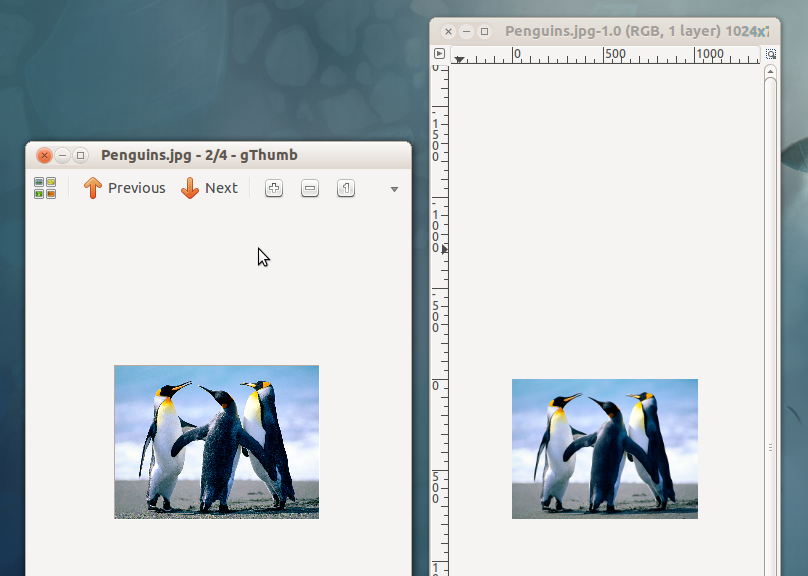 On the left is gthumb/eog (look the same) - on the right is gimp. Left one is clearly broken. It never used to be like that. Those are at 20% zoom.

Eye of Gnome (EoG) and GThumb both suffer from it when resizing to reduce, and when zooming out to reduce, but oddly Gthumb doesn't suffer when generating thumbnails. Shotwell and Gimp are unaffected. Libre Office is affected.

Given this, I wonder if anyone might know which component(s?)/issues are the cause? I'm on a 64-bit precise with NVidia 8800 GTX (nouveau).

EDIT: Additional information. If i use the tools dropdown button in the top toolbar of Gthumb, it reduces images size and retains full quality. If I instead click the paint palette at the top right to enter Edit Mode, and resize from in there, it loses quality. The "high quality" check box makes a difference but not significantly. The zoom also loses quality. I am wondering if perhaps it doesn't have 2 rendering modes and 1 is broken?

EDIT 05May2012: I have since discovered that

(a) The image quality for EoG and Gthumb suffered its regression in Oneiric (Maverick, Natty work fine).

(b) It is not limited to Ubuntu, it also affected Fedora 16.

So I'll take as an accepted answer anyone who can either fix that or advise me how to go bug reporting this. I don't really know which packages to apply it to, or whether it needs to go to Ubuntu or GNOME. Thanks!

Open gThumb and go to Edit > Preferences and make sure that Smooth images is checked. 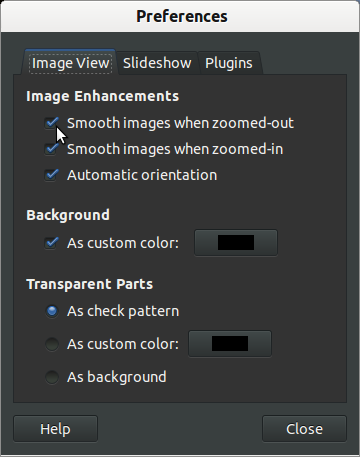 Ok, I had the same problem... Spent a long time trying to fix it. With gthumb doesn't seem to be a problem with system settings or a bug etc but rather that the Ubuntu official repositories do not carry an up to date version of gthumb. The latest versions have much better anti-aliasing. I tried lots of methods of getting a newer version of gthumb including downloading .deb files, building from source, using the PPAs on the gthumb website but none of them worked for me. For any novices like me here's what did.

Then I added the following repositories to the top of my /etc/apt/sources.list. They have to be on top because when you 'apt-get install gthumb' it will download from the first repository listed which contains a package called gthumb. If you put it beneath the official Ubuntu repositories you will just get old gthumb again.

or because I'm running Xubuntu I did

Then add the following two lines to the top, save and close:

in the terminal to get the key for the PPA.

Then you can run

and it should install gthumb 3.2.4 with great anti-aliasing

Try Edit > Preferences > Viewer > Zoom Quality > High. That does the trick for me, but of course, it then takes several seconds to load most of my pictures, so it's a rather imperfect solution.

This option was apparently not available in earlier versions, although I'm not sure when it was added. I have gThumb 3.2.7.