I have Ubuntu 20.04 installed on my machine. My current HDD fas following partition status, after Once dual booted windows 10 (I uninstalled it).

I found the UX of POP OS very intimidating, and being a ubuntu user it won't be a huge change. So I have decided to dual boot pop os 20.10 with existing ubuntu 20.04.

As I went ahead with live booting pop for installation, it asked for a new ESP along with it's new root partition. It seemed the current esp (100 mib is not enough) and a 512 mib is needed.

What I did: I installed pop os creating a new esp for it. But after that I could not find ubuntu on pop's Systemd-boot. Now there seemed some work around. But I don't wanna have two efi partitions on my disk. Only one is allowed. I booted to ubuntu from bios menu. And deleted pop partition.

My query: How do I install pop os with one esp partition (feel to create a new one) dual booted with existing ubuntu?

I am not sure whether:

I'm triple-booting Ubuntu, Debian and Windows 10. The ESP (EFI) partition is 512MB large for me, but all these operating systems use only 39MB, so I don't think it's a problem of lack of storage space.

How to grow the EFI partition?

If the steps above don't help, you can still try to grow the EFI partition.

Caution: Not a solution rather a workaround with explanation

I digged a bit deep myself and found something working and a sane explanation. I find out this for uefi based systems.

You have basically two boot loaders one for detecting the os partions (from bios) and the other one for loading os (grub bootloader or systemd bootloader or equivalent). The grub part stays inside /boot and is configurable from os-side.

So in my case, I can simply keep two esp partitions on the same drive. One grub will override (possibly the one which installed it's grub most recently). The only thing is I will be defaulted to one grub (as in my case pop os and ubuntu are not sharing their grub).

So, I set grub timeout to 120 for both pop and ubuntu. I press f12 while booting and I am taken to the bios menu which enlists both legacy and uefi bootables (first bootloader). There I can find all esps and corresponding os installations and select to boot into one. 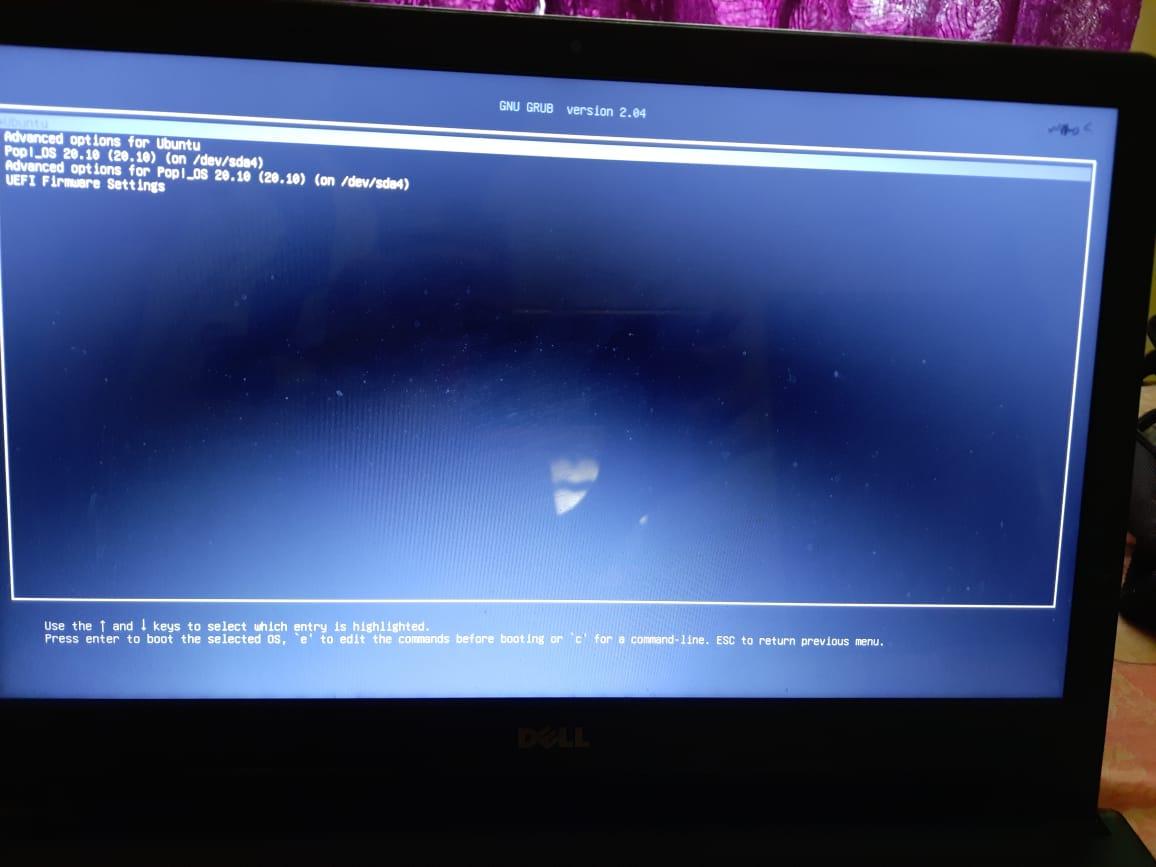 And doing a sudo grub-install /dev/sda and sudo update-grub from ubuntu, appended POP OS into it's grub entry. So, now I use ubuntu grub menu and boot select Pop or Ubuntu.

Not the answer you're looking for? Browse other questions tagged boot dual-boot partitioning grub2 uefi or ask your own question.