How do I open Deja Dup as root?

Could not backup the following files. Please make sure you are able to open them.

At least this worked for me. (You have to configure Deja Dup for root, too, at first - next to your configuration for the "normal" user.)

As mythsmith says: "You can do that just for system folders, and still keep your home folder configured in your user account."

In 12.04 the following simple command works, if you have sudo privileges:

GUI window will open and backup should start.

If you are interested in having it in the Unity launcher that way, there's a pretty easy way to do so, at least in Ubuntu 16.04.

You are likely to find three Backup app launchers there: 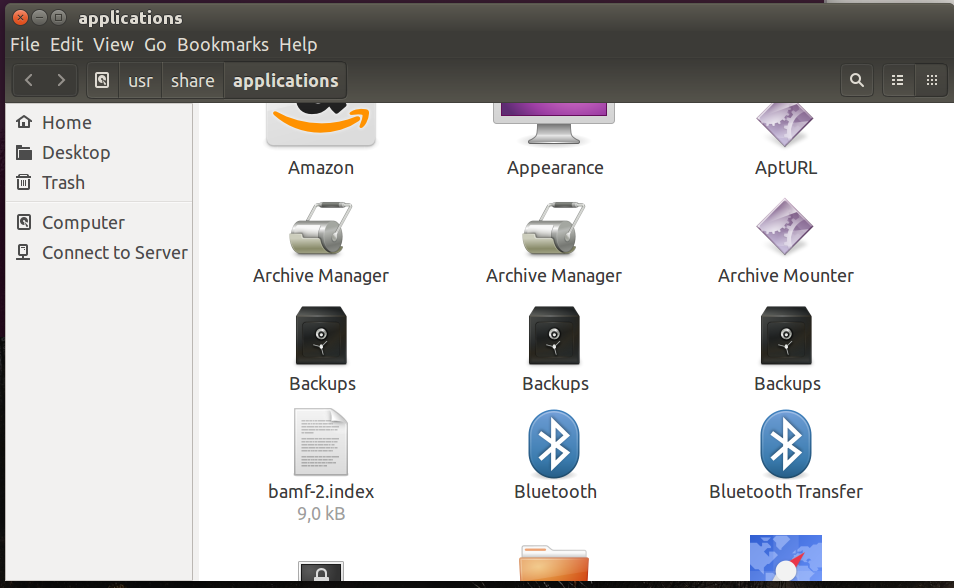 Locate the one which command is plainly deja-dup-preferences: 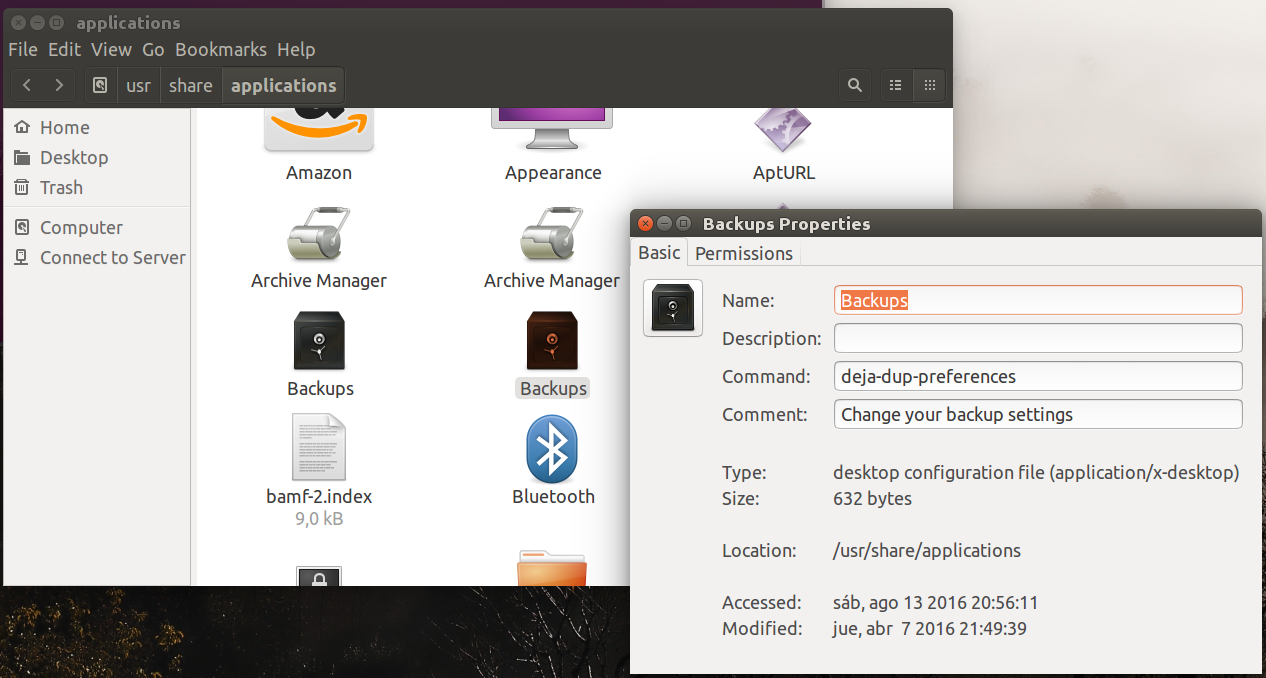 Now, with that one selected, use Ctrl+C and Ctrl+V to duplicate it.

Right click on the icon that's highlighted and open Properties. They should be the same that you have seen before. Change them so they look like these: 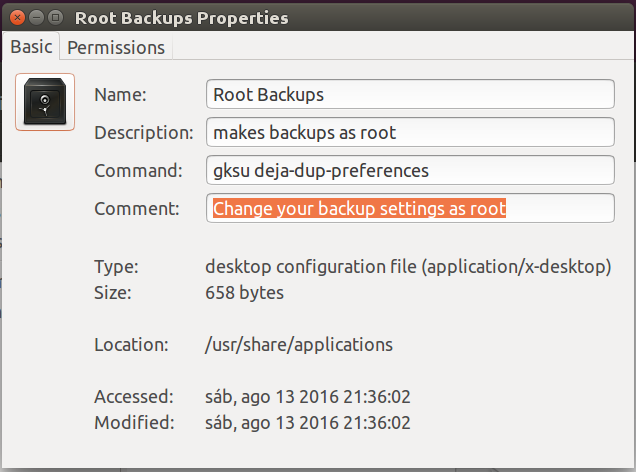 Once you've made the changes, close that window and drag that icon you just have edited into the Unity Launcher so it's locked there.

That's it. Now every time you click on that launcher, it will request your root password and run deja dup as root instead of your current user.

I think you have a few configurations to do with deja-dup first and then run it. Please do try referring to this : http://techie-buzz.com/foss/deja-dup-ubuntu-1.html

Not the answer you're looking for? Browse other questions tagged backup root deja-dup or ask your own question.

2
How can I backup files on /etc using Deja Dup?
1
What's the best way to resolve "read permission" error when including /etc in backup?
1
Want entry as root at login screen to do backups via deja-dup gui
4
Error using Backups in Ubuntu 18.10 (it was Deja Dup)
3
Deja Dup restore error Help Please
3
How do I open/configure/run Deja Dup as root in Ubuntu 17.10?
1
Problems running Deja Dup with elevated priveleges
1
Graying and ungraying deja dup restore button
1
Backup erros on Xenial
0
Backup: Could not restore the following files. Please make sure you are able to write to them
See more linked questions

18
Where does deja-dup log its errors?
1
Problems running Deja Dup with elevated priveleges
14
Why can Déjà Dup not complete the backup of .cache/dconf and .gvfs?
2
Deja Dup gets stuck on "Preparing..." or "Reading..." (when backing up)
2
Trouble with Deja Dup Restore
4
How to make Deja-Dup behave?
1
Has deja dup gone messy?
0
deja-dup is still failing