Is there a way for me to troubleshoot a keyboard shortcut which I think should be in effect but isn't?

Settings > Keyboard Shortcuts shows no disparity between the two:

And I've reviewed my Settings > Custom Shortcuts as well, but I've found no item with that key combination.

I've also looked at CompizConfig Settings Manager > Window Management > Grid and found no explanation. (Incidentally, the "Left Maximize" and "Right Maximize" shortcuts specified in CompizConfig appear to have no effect.) 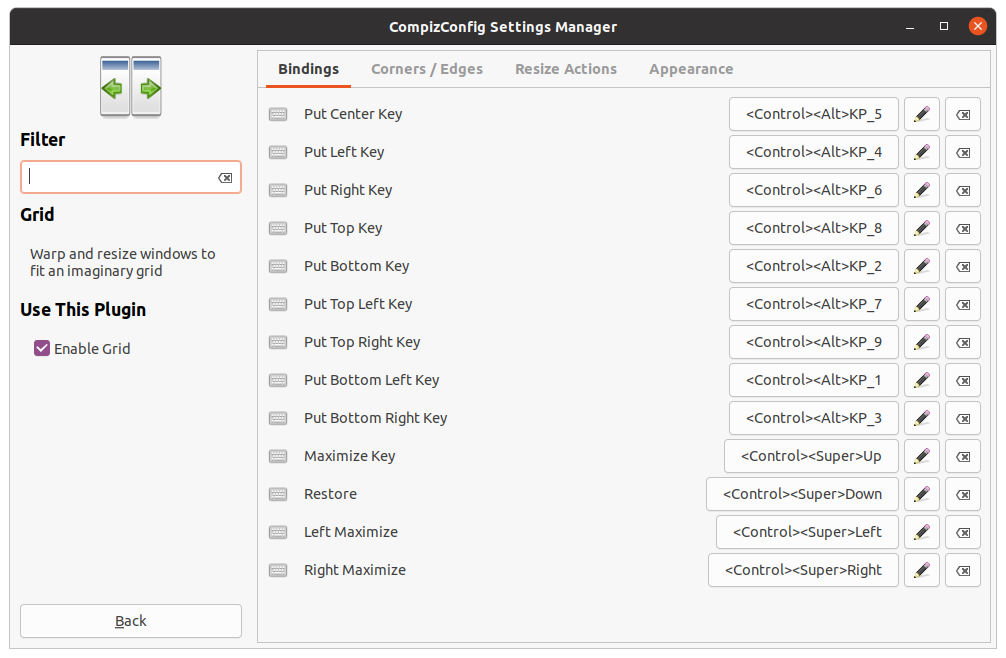 I troubleshot this by checking all keybindings in gsettings and grepping the output for the binding that I sought ('<Super>Right'):

...for me, this resulted in 4 different entries for the '<Super>Right' binding. Then I set them all to ['disabled']:

...Then I used Settings > Keyboard Shortcuts to re-enable the one labelled View split on right.

3
Way to disable windows from resizing while dragging but allow keyboard shortcut resizing?
2
Seemingly missing keyboard shortcuts; Can I create them myself?
4
Shortcut for nautilus
4
"Switch to workspace left" etc shortcut not working
0
How to disable semi-maximize with Super+Left/Super+Right in GNOME?
4
Cannot tile the "Files" window to the left or right side by pressing Super + Left/Right keys very often
0
Ubuntu 18.04: Keyboard shortcuts for window splitting are reset after reboot