Ask Question
Asked 9 years, 8 months ago
Active 7 years, 4 months ago
Viewed 20k times
11
This question already has answers here:
How do I get my Mac to boot from an Ubuntu USB key? (8 answers)
Closed 7 years ago.

Spent half the day on this but finally have a solution: The application unetbootin will quite happily open up the iso file, extract everything and create a bootable USB stick. 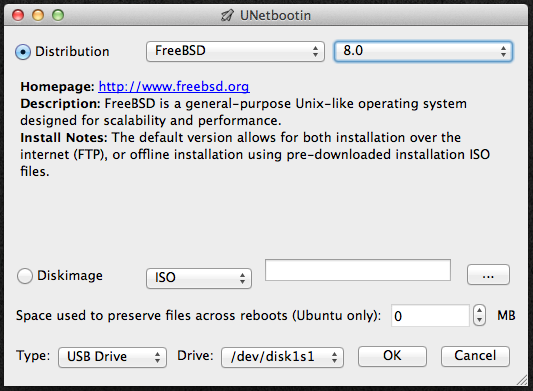 I'm actually not surprised Ubuntu's instructions don't work for creating a bootbale USB for Mac. I thought about it some more and eventually figured out that these instructions were to create the bootable drive if you're using a Mac computer, and I know this because in Disk Utility, my 4 gigabyte Verbatim USB flash drive is formatted as MS DOS (FAT) with a partitioning map scheme of Master Boot Record which is not recognized as boot media under OS X. So in short, the instructions are severely misleading, because any Mac user would likely assume these instructions would be for creating the bootable media to work with OS X, but it'd only work with Windows. What gives it away even more is Ubuntu's lack of regards for making the USB bootable through your operating system's native partitioning program, ergo, Disk Utility or Computer Management for Windows users. At first I thought it was because they made the assumption you would know how to make the drive bootable (I didn't) but then I figured out why the guide was sorely lacking... Terminal does all the work for you. So I've since given up in making my USB bootable, it's clear that Mac computers are very closed sourced as far as software and hardware goes, Linux was always meant for PC computers, not Macs.

Not the answer you're looking for? Browse other questions tagged macosx or ask your own question.

62
How do I get my Mac to boot from an Ubuntu USB key?