How to use KDE global menu with Firefox?

I would like Firefox to use the global menu on KDE Plasma 5.19 running on X11.

The following do not work:

What needs to be done to get Firefox to use the global menus?

To use the global menu with Firefox currently requires a patch. Archisman Panigrahi explains:

Global menu used to work with Firefox in KDE Neon 18.04 (and probably Kubuntu 18.04 as well), because (as far as I know) Ubuntu developers used [to] patch it for compatibility with Unity (which also had global menu). As Unity was dropped, the patch was discontinued

Specifically, the patch exports the menu via dbus. Without it, Firefox does not export the menu, so other applications can't access it. No global menu.

In this method, you would receive firefox updates normally as you did before (at least, until 18.04 is supported). 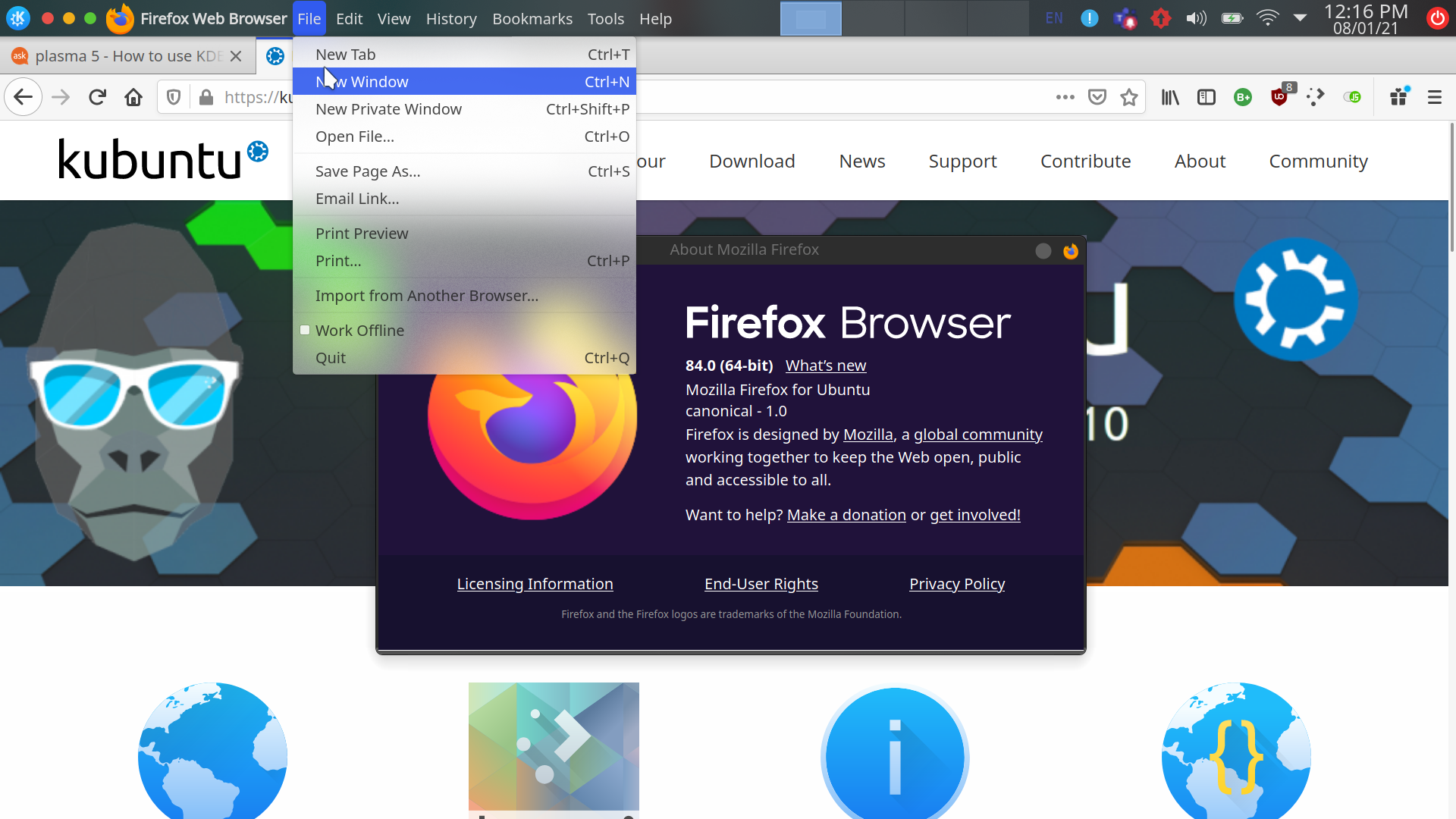 Partial success on my side (and it was running on 20.04 until upgrading):

Not the answer you're looking for? Browse other questions tagged firefox plasma-5 kde5 globalmenu or ask your own question.

3
Where do I get the Firefox global menu extension?
1
Move firefox 13 menu bar to global menu bar in Unity
1
How to remove global menu from Chromium, Firefox?
20
How do I get rid of the Ubuntu scrollbars and theming in Firefox 46.0?
2
Global Menu in KDE 5.12 + with Wayland