After upgrading from Kubuntu 20.04 to Kubuntu 20.10, I could not login as it just showed a black screen after boot. So I switched to command line and reinstalled Kubuntu desktop with sudo apt-get install --reinstall kubuntu-desktop kde-*. After that, i was able to login and can use all applications but the icons and background of input boxes of system apps have turned black as shown below 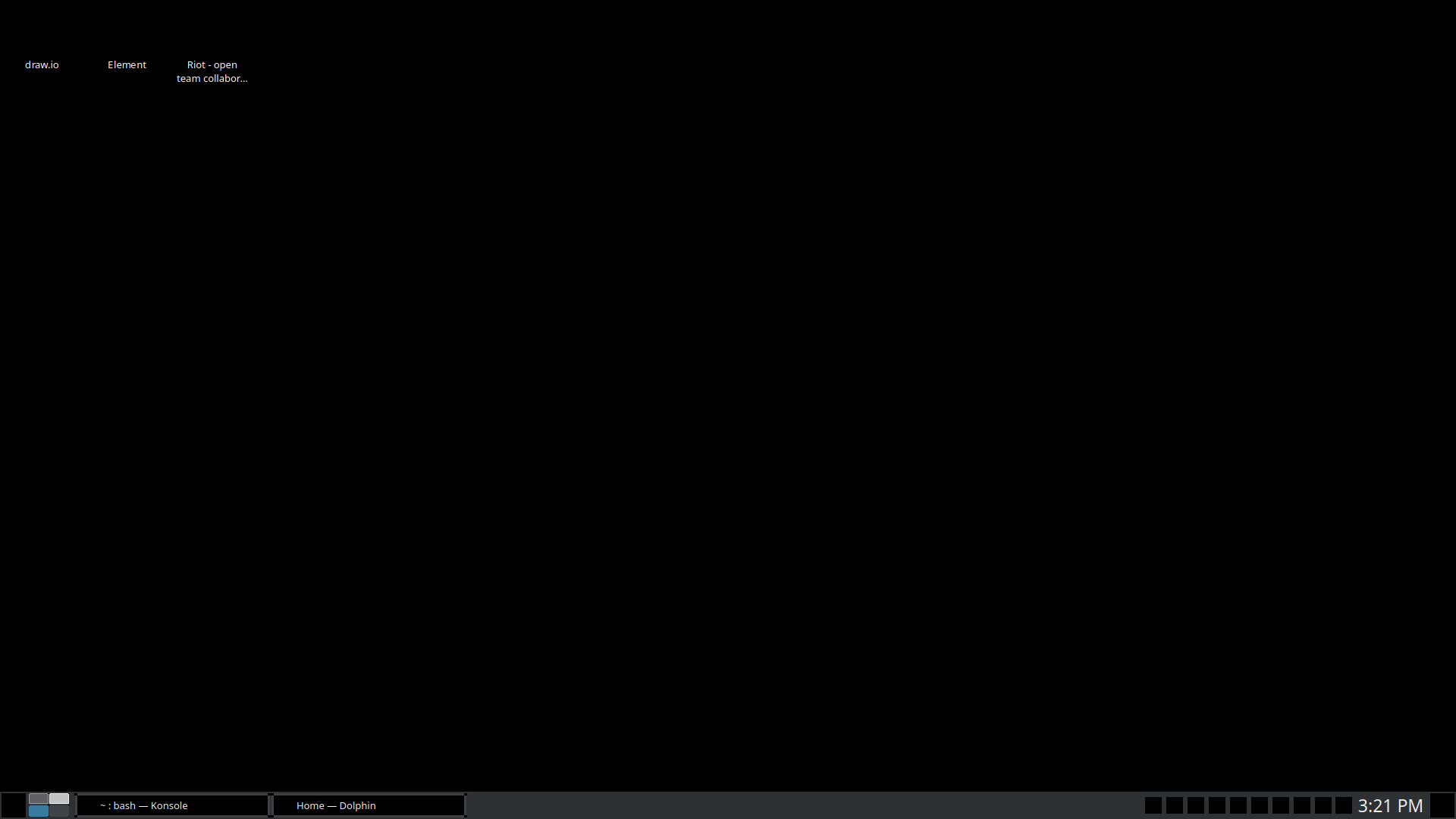 Notice the black squares at the bottom right in the system tray, they used to be icons for Volume, Network, Bluetooth, etc. I can however click them and they behave as they used to. Also the desktop apps' icons are black. 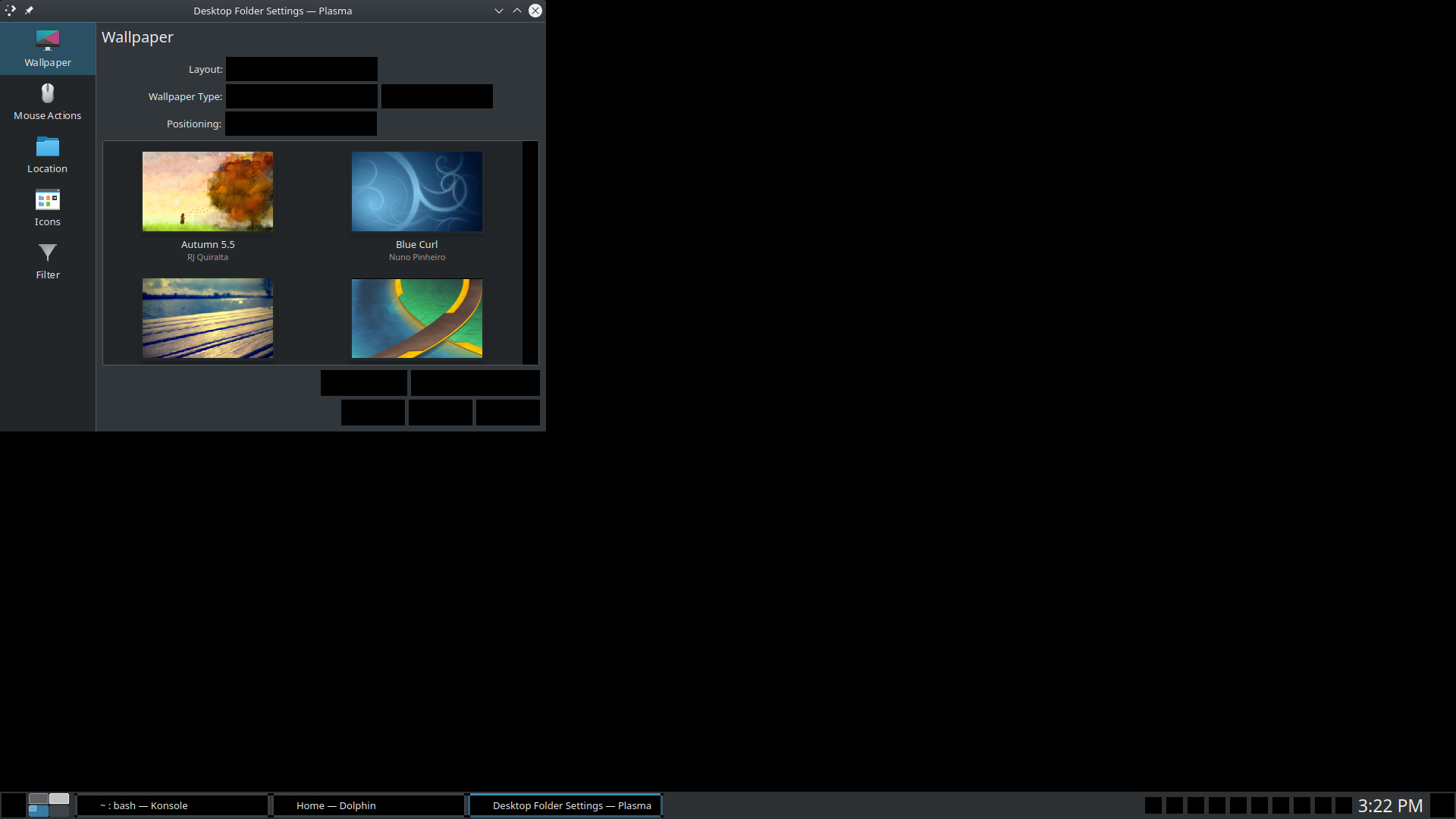 Notice the input fields at the right of Layout, Wallpaer type and also the button backgrounds of the window.

After looking at some logs I noticed that Akonadi server was not starting up because of an unknown MySQL error and installed MariaDb as i read somewhere that it might help. Now I can start Akonadi server with akonadictl manually but still the same issue. I restarted plasma with kquitapp5 plasmashell && kstart5 plasmashell but still same issue. Also Akonadi does not start automatically when session begins.

Found the solution here, as per the link in the link:

so make a: sudo apt install libqt5quick5 it worked for me on debian

I encountered the same problem on Debian bullseye after a full-upgrade. The solution as pointed out by LuisF was to remove libqt5quick5-gles and then install libqt5quick5.

The solution is to install libqt5quick5, as given in other answers, regardless of whether libqt5quick5-gles was installed or not. Removing it, if it exists, is still necessary, because they conflict with each other.

On a failed upgrade from 20.10 to 21.04, I had the same symptoms, and the system couldn't automatically fix it. Installing libqt5quick5 with an sddm restart fixed it without a reboot.

Not the answer you're looking for? Browse other questions tagged kubuntu plasma-5 or ask your own question.

1
After an apt-upgrade, my KDE dock/task manager icons in Kubuntu are all black
6
Taskbar- and Menu-Icons missing after update to Hirsute Hippo (21.4)

0
Kubuntu 13.10 Black Desktop
0
Black boxes after upgrade from Kubuntu 14.10 to 15.04
2
lightdm black screen after installing plasma5 in Ubuntu
0
Graphics issue on Kubuntu, plasmashell failed to start
6
Kubuntu 20.04 plasma desktop does not start after login
6
Taskbar- and Menu-Icons missing after update to Hirsute Hippo (21.4)