find more information about the drive/partition ubuntu is installed on

I have dual booted Ubuntu 20.04 Desktop alongside Windows 10. I had made an un-allocated partition of ~270GB on my Samsung 860ev0 500GB SSD for installed Ubuntu. I have installed Ubuntu successfully, in fact i am writing this question on Firefox on Ubuntu. But, when i check it on disk management on windows, that partition i had made is still un-allocated. Here is the result of "df" command of my terminal, results of which made no sense to me whatever. 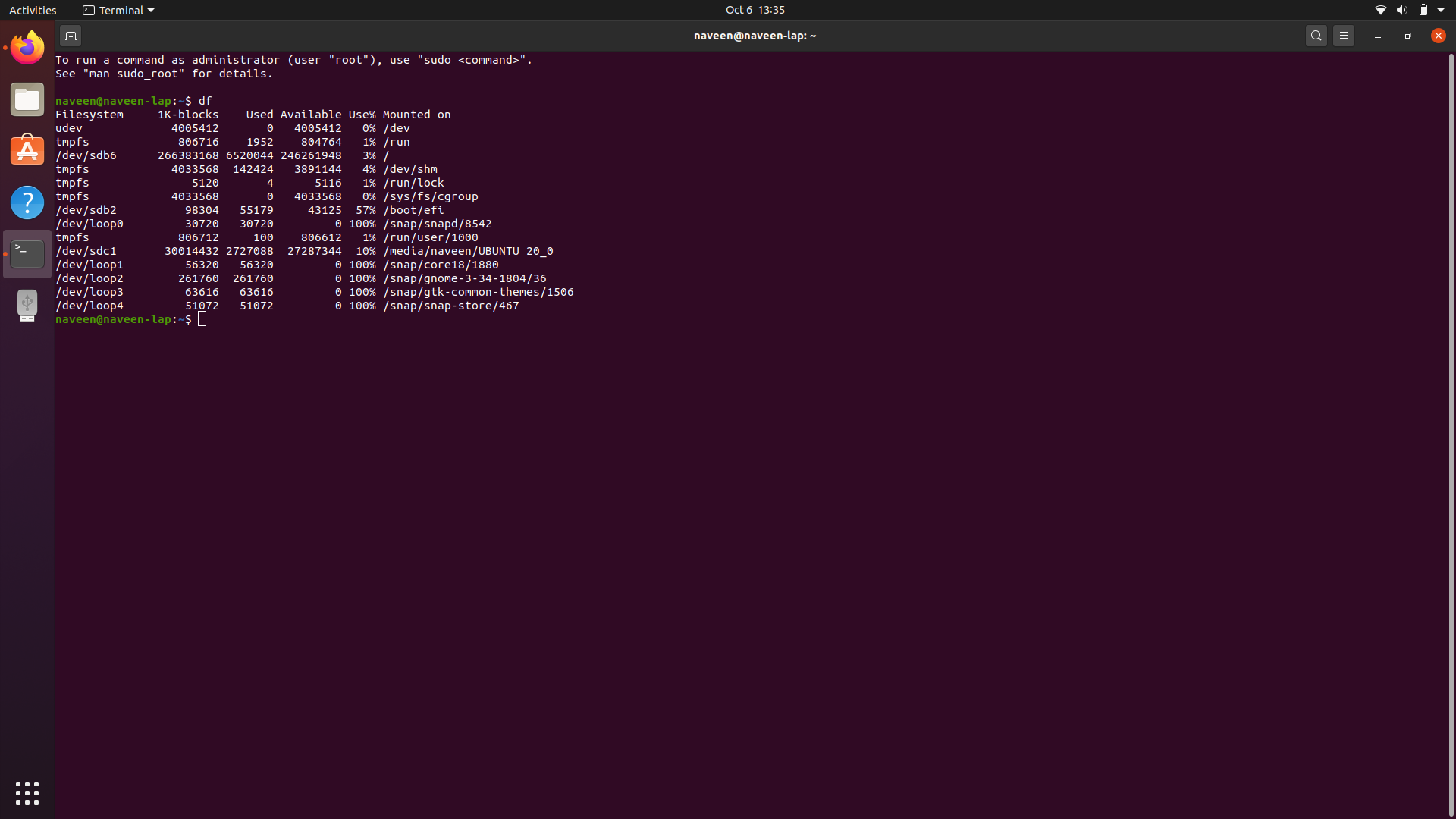 Will you please help me figure out if I have installed Ubuntu on that partition!. And if I have not installed it on my SSd, will you please also point me to an article that shows how to install it on unallocated partition of my SSD and not on HDD.

FYI, I also have a 1 TB Western Digital HDD(NTFS formatted) in another slot of my laptop.

EDIT 1: here is the screenshot of Gparted for my SSD. I presume this means I have installed both operating systems on my SSD. Correct me if I am wrong. 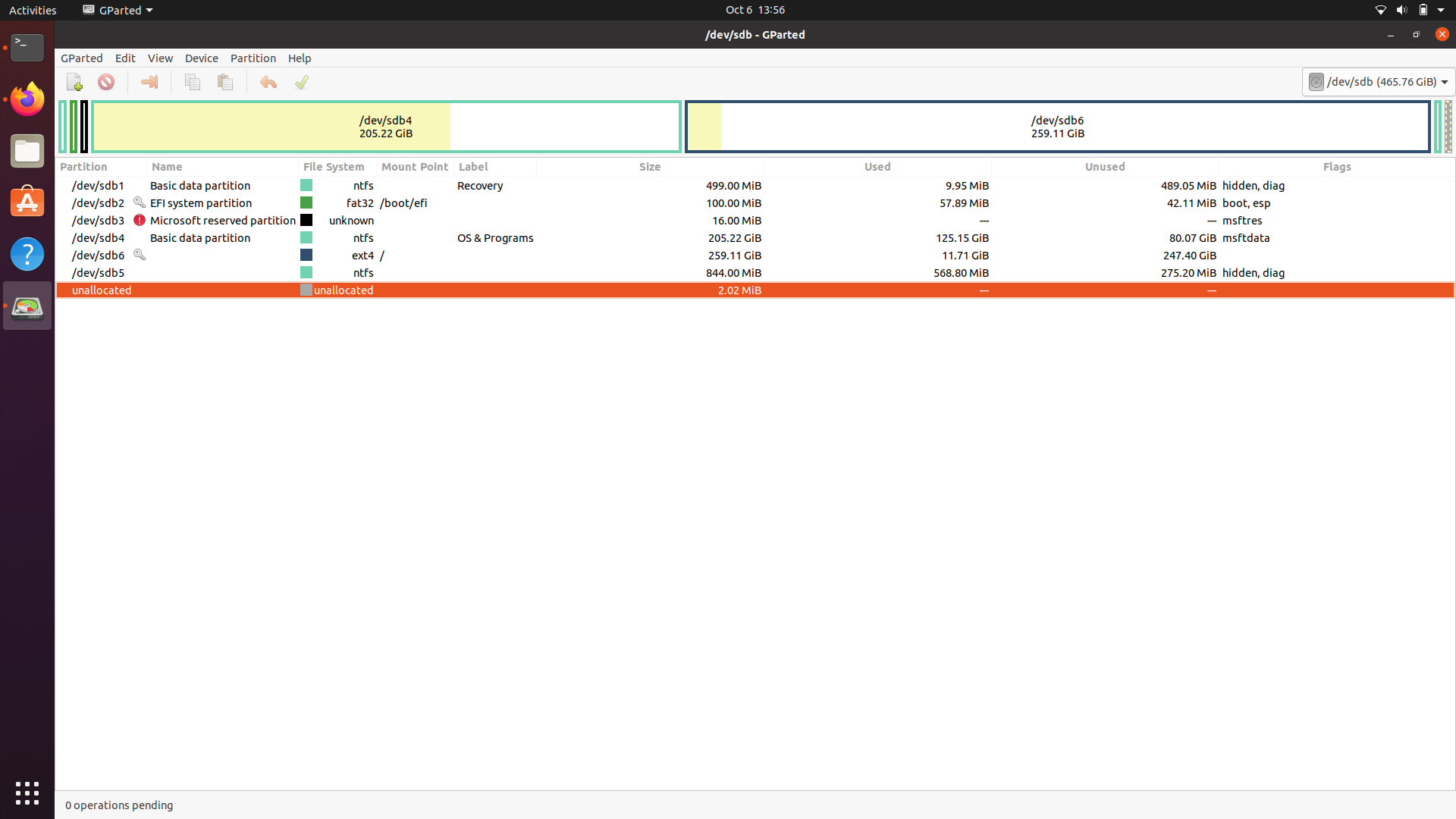 Here is how I determined this:

On this screenshot of df, it shows your root file system / mounted to /dev/sdb6. You told us that you ran these commands from your installation so that means that your Ubuntu installation is unequivocally on sdb6

A typical Windows installation adds several partitions, so it is pretty easy to spot Windows from these outputs:

There are no more partitions on sdb so this only leaves sdb4 which has to be your Windows installation (What Windows will call C:)

As far as whether or not sdb is your SSD or some other device, you can usually deduce this from file sizes, and from knowing what was already on your device.

For example: Presumably, your pre-existing Windows installation in the ballpark +/- of 200GB was already on your SSD. Since it is on sdb4, then your SSD is the physical volume sdb. Since Ubuntu is on sdb6, which is on sdb, then Ubuntu is on your SSD as well.

You can also see the model identification as "Samsung SSD" along with the above partitions for sdb in the output of sudo parted -l.

Not the answer you're looking for? Browse other questions tagged boot dual-boot partitioning or ask your own question.

1
installing 64bit 12.04 LTS along with 32bit window 7
0
What is the recommended disk partition for kubuntu 14.04 manual install and dual boot with Windows 8.1 64 bit?
0
How to move Wubi partition to a whole drive?
2
Adding another Ubuntu
1
Windows 10 disappered from boot menu