How to find out what Graphics Card is present in your system?

Is it possible to find the exact configuration and model of your systems graphics card in Ubuntu 10.10?

The quickest (non-graphical) way to this is to run lspci | grep VGA in a terminal.

If you want you can also install hardinfo

on your system, and when you launch it (system benchmark and profiler in the system menu), you can find your graphics information easily. 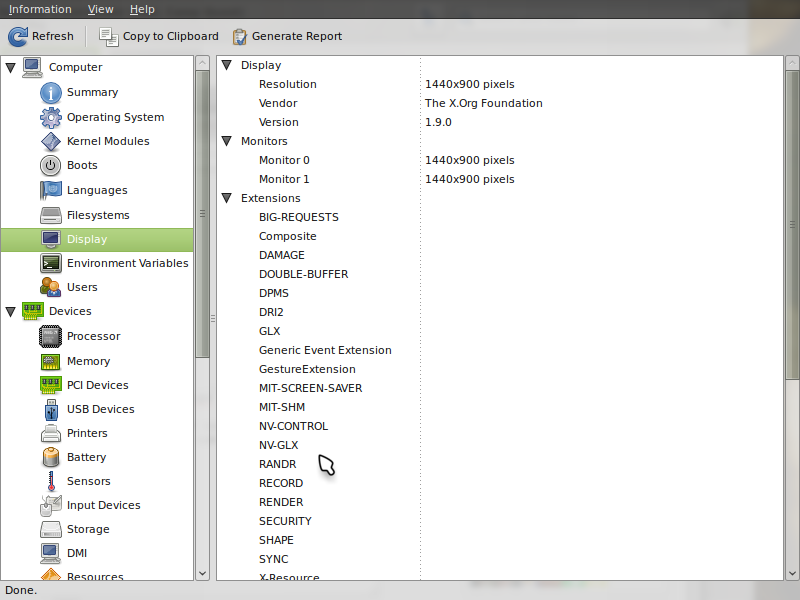 See this image for an example.

$sudo inxi -F -x (case sensitive) Will give a nice summary of your system, easy to read. Use the switch -G for just graphics. But it doesn't show video RAM, though one should be able to google the reported graphics for what it 'should' have. I also like the graphical 'hardinfo' which summarizes hwinfo (I think) will give more but still doesn't report graphics memory that I can see

$sudo dmesg |grep VRAM will show how much video ram you have.

302
How do I find out the model of my graphics card?
0
WiFi settings freeze and then won't open
1
Lubuntu on ASUS 1215
1
How do I get apt links to work with Google Chrome