I recently moved from Ubuntu to WSL Ubuntu, and the only problem with the move seems to be how Vim displays in the terminal.

For example, I open a file in vim, and after exiting back into the command line, if I scroll up, I see the first line of the file I just exited: screenshot of problem

The problem compounds as I open and exit more files with vim. In fact, in every file I open with vim (after the first one), scrolling up also reveals the first lines of the previous vim sessions, just like in the command line: screenshot of problem

That was the result of scrolling up after opening my vimrc the second time.

The problem gets even worse if I do something like enter visual mode, select a block of text greater than the size of the terminal, and yank: screenshot of problem

In this case, the entire selection that was yanked is visible if I scroll up.

Here is a copy of my vimrc (without most of the comments, user-defined commands, and plugins) in the hopes that someone can help me fix this problem. The problem is unique to the Windows Terminal, and the terminal emulator being used is xterm-256color.

In order to disable the Windows Terminal Scrollbar

That will disable the scrollbar completely and you should be able to use normal linux command line scrolling. 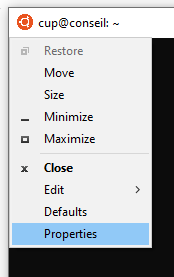 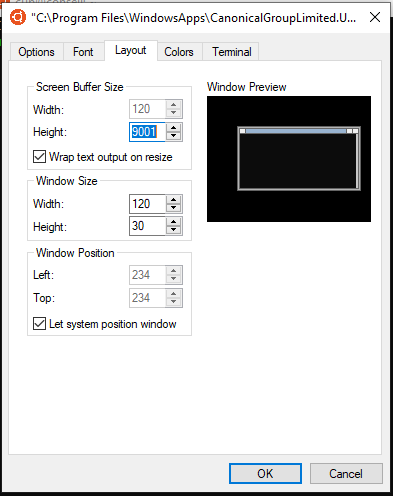 In this picture, the screen buffer height and window size height are different. If they are both set to the same value (say 25) then the scrolling problem will disappear.

Not the answer you're looking for? Browse other questions tagged vim windows-subsystem-for-linux xterm or ask your own question.