Ubuntu 20.04 Font and UI elements too big on login

When I log in, the text of certain UI elements is ~2x the normal size. After I go to settings/universal access and turn large text on and then off again, everything is the normal size I expect.

Screenshot after logging in 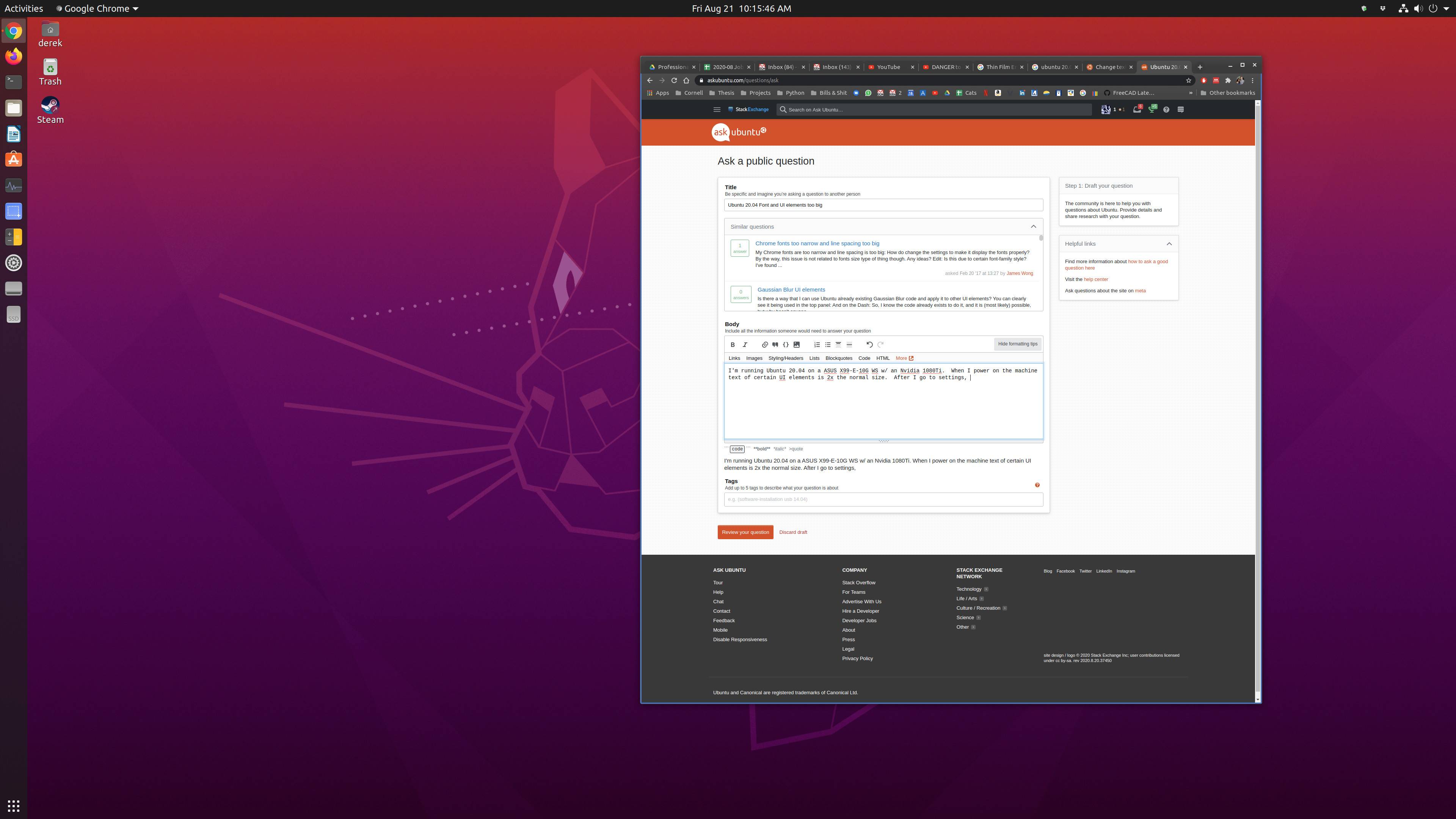 After turning "large text" on 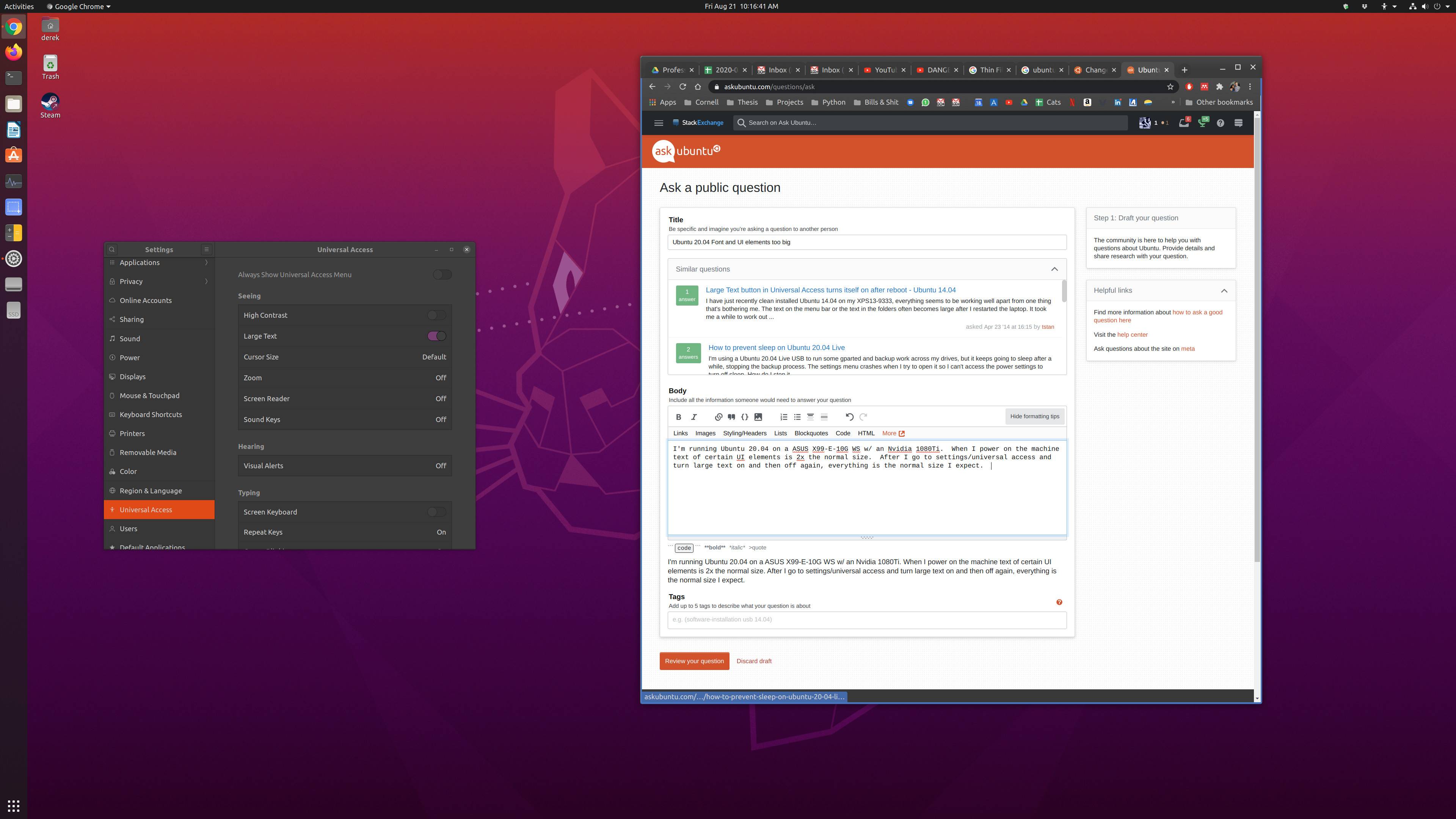 After turning "large text" off 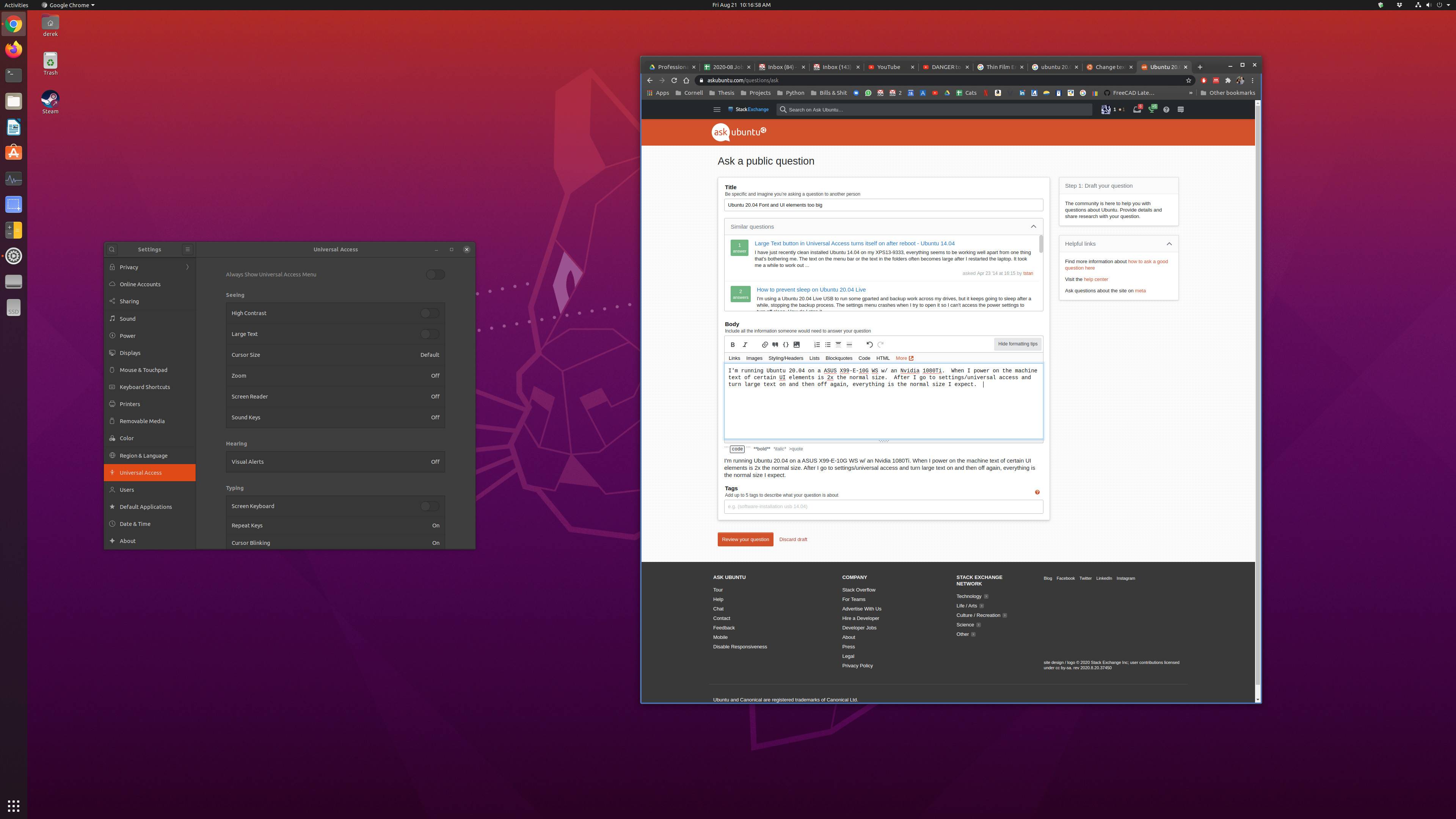 How do I get the conditions I have after cycling the "large text" feature to be present immediately after booting?

I have the 440 version of NVIDIA's drivers installed.

Looks like this bug affects a few of us with nVidia card, but with Intel GPU as well. There is an open bug thread already here: https://bugs.launchpad.net/ubuntu/+source/mutter/+bug/1892440

A temporary fix mentioned in comment #17 fixed the issue for me, until the fix will come out. Simply donwgrade libmutter package and put it on hold.

On the login screen, top right, there is an icon of a person with arms outstretched. That is the accessibility menu. Choose "Large text" there.

As far as I know, this will survive a reboot.

you can install gnome-tweak-tool and manage your font style,font size,extantions and ...

I had the same issue today on a similar machine with a 4k monitor. Previously I had to use a combination of large text in accessibility and font scaling in gnome tweaks to get a usable display.

My solution was to turn on fractional scaling (which had never worked before with my nVidia card) and turn off large text and return font scaling to 1.00. These settings survived a reboot. The only difference is that the login screen fonts are larger than they had been previously but that is an improvement.

Not the answer you're looking for? Browse other questions tagged 20.04 fonts scaling or ask your own question.

3
Font or windows scaling changed between 15.10 and 16.04
2
Chrome fonts too narrow and line spacing too big
0
LXQT session font in Ubuntu 20.04 looks big
1
Weird display scaling problem after login
0
Lubuntu 20.04 windows too big for the screen