Recently I've moved to Ubuntu 20.04 LTS and for the first two months everything was amazing and I could do everything as much as I want but from about a month ago a new problem had come on the board.

The problem was when I leave the OS works for more than 6 hours at the first the 6 hours was 12 hours but now that is the deal ... whatever after 6 hours of working the gnome-shell start crashes (how did I know ?! I had seen it in the system monitor rising CPU usage from maybe 20% to 100% one core each time and for approximately one second every since and then ) and that is annoying because that affects other processes and make kind of interruption.

I don't know why but since that happens I start asking and searching for the reason and I found nothing then I decided to try using another desktop environment like KDE but that may cause other problems like how I found then I found someone talking about window manager and yeah I tried i3-WM and yeah the problem disappeared but new problems had appeared.

Now when I restart the system ... firstly it takes too long to start the system and then it shows messages that I didn't understand (in the image down the script) and everything goes harder and takes too much time to open or run even terminal or file manager ... I don't know what to do.

the messages that show when I restart the system 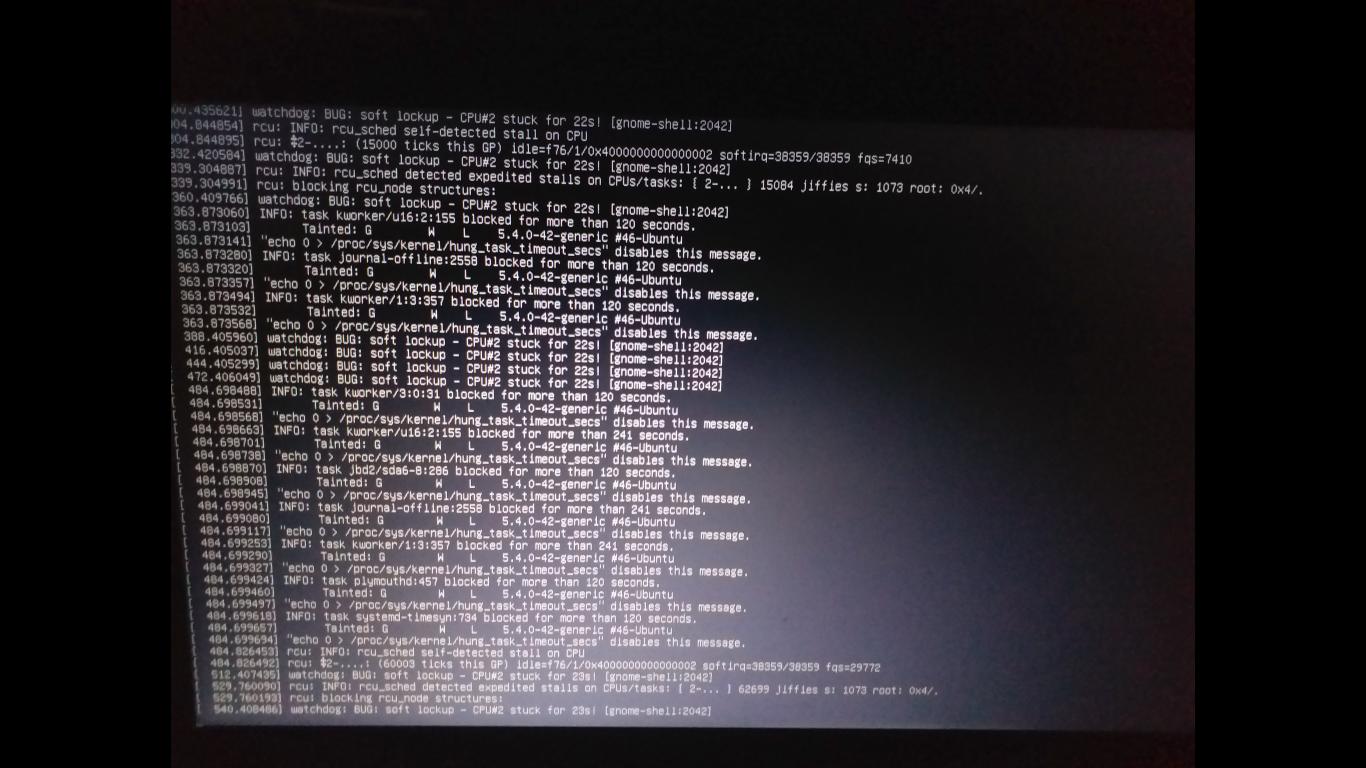 First we check your file system...

Then we fix the NCQ errors...

Native Command Queuing (NCQ) is an extension of the Serial ATA protocol allowing hard disk drives to internally optimize the order in which received read and write commands are executed.

Edit sudo -H gedit /etc/default/grub and change the following line to include this extra parameter. Then do sudo update-grub to write the changes to disk. Reboot. Monitor hangs, and watch /var/log/syslog or dmesg for continued error messages.

Then we map out bad blocks...

Note: do NOT abort a bad block scan!

Note: do NOT bad block a SSD

Note: this will take many hours

Note: you may have a pending HDD failure

Boot to a Ubuntu Live DVD/USB in “Try Ubuntu” mode.

The -k is important, because it saves the previous bad block table, and adds any new bad blocks to that table. Without -k, you loose all of the prior bad block information.

Console messages: they don't look very interesting to me, when using Linux you have to learn to accept a lot of meaningless console messages.

Slow boot: You don't mention what you consider slow.

Non Gnome configuration... X windows at its core is very simple. You should be able to create a $HOME/.xsessionrc and just execute one program in there.. say a terminal like gnome-terminal. Then you'll be dumped in a graphical screen with only a terminal. You've got the most basic X session possible. Now you can start other X programs. A windows manager for example. If fvwm, then just type "fvwm &" now you have a window manager. If that works, you can create a .xsessionrc that only does one thing: starts your favourite window manager.

Gnome shell: You should check if you have any gnome shell extensions installed. If so, maybe one of them is no good.

Not the answer you're looking for? Browse other questions tagged boot 20.04 gnome-shell startup crash or ask your own question.