These are the last lines I see. There does not seem to be an error message, but after 20 minutes the picture is the same. When I interrupt the update and restart the laptop I receive a kernel panic. Luckily, by booting into a live system and merging the lvm snapshot I am back at a working 18.04 setup.

What could be the problem? 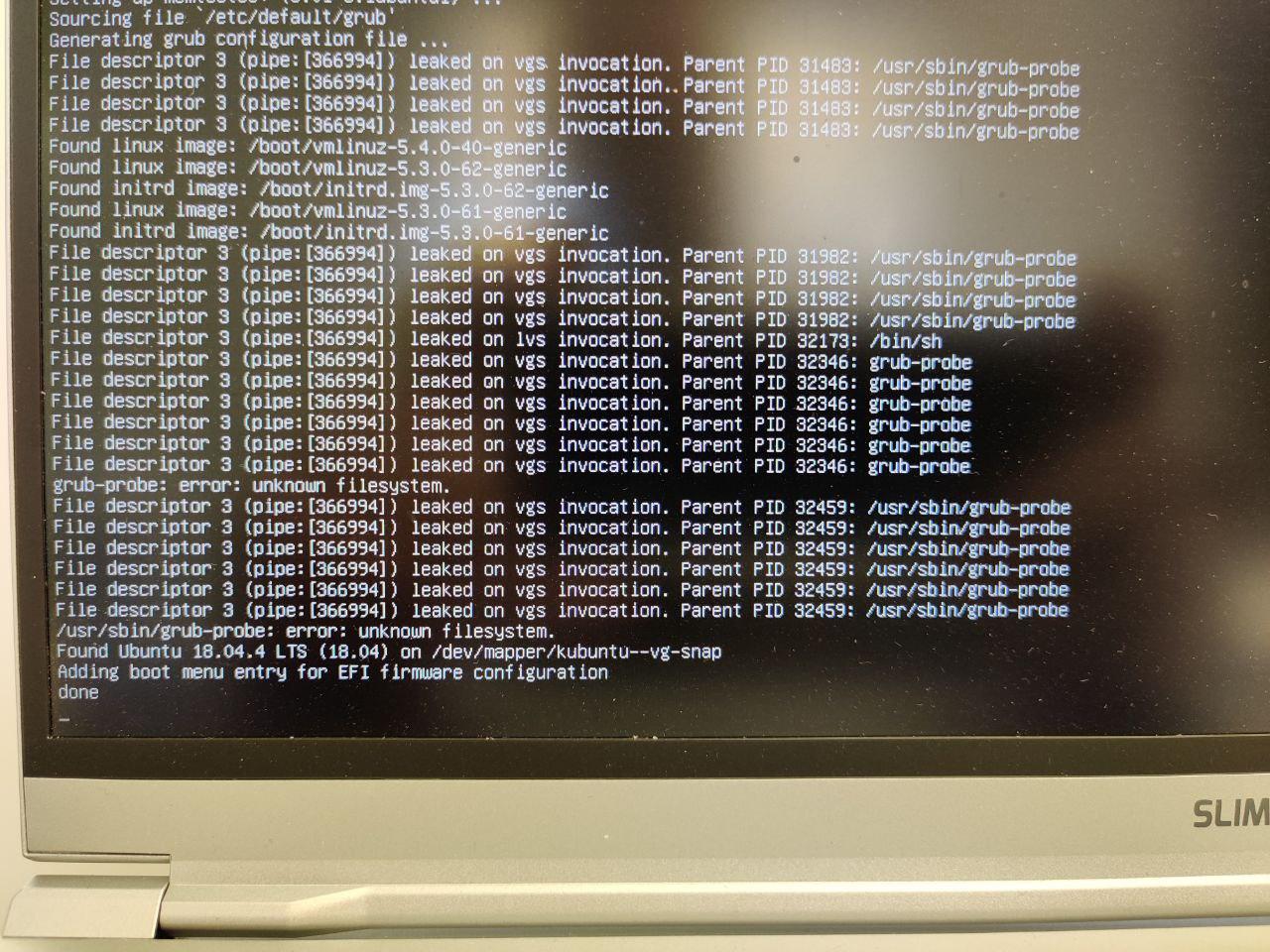 Sorry for the image.

This is on a slimbook X15, encrypted lvm setup on an nvme ssd.

I don't know the exact details to answer: "What could be the problem?", but I did get around this problem (i.e. I did manage to upgrade to 20.04, while using lvm2 after receiving the "leaked on vgs invocation" error/warning messages).

I believe it's because you are using logical volumes, and possibly (as I was) using an lvm snapshot during the upgrade. After my upgrade stopped at this point I waited ages before realizing dpkg wasn't going to do anything else.

I wouldn't recommend this unless you are desperate to upgrade - it could go horribly wrong... I made sure I had a recent 'dd' full disk backup, then killed all dpkg processes (that had been doing nothing for a hour or so), there were two of them showing with ps aux: the one I expected and also a memtest86+ one. Then I followed some web instructions (am I allowed to reference them here?):

I made a point of looking for any errors on the terminal near where the "initramfs" statements are printed.

sudo dpkg --configure -a didn't find any problems, and so didn't try to fix any, so I rebooted, and 20.04 was running fine. I've since deleted the snapshot (i.e. kept the upgrade to 20.04, and not reverted to the earlier ubuntu release)

Not the answer you're looking for? Browse other questions tagged upgrade lvm or ask your own question.