Firefox just won't start anymore. Is this a firefox or ubuntu issue?

Firefox stopped working the other day and I can't get it to work again. When I try to run in, it just hangs there, CPU goes to 100% (according to "top") and it will shortly ask me if I want to keep waiting or force quit (waiting does nothing).

I have purged firefox

Tried to run in --safe-mode several times, nothing seems to work.

Now I have tried to submit this to ubuntu running ubuntu-bug firefox and I see several errors in there but I don't know where to go from here. Googling those errors didn't help. Can anybody please help me to continue troubleshooting in some way? 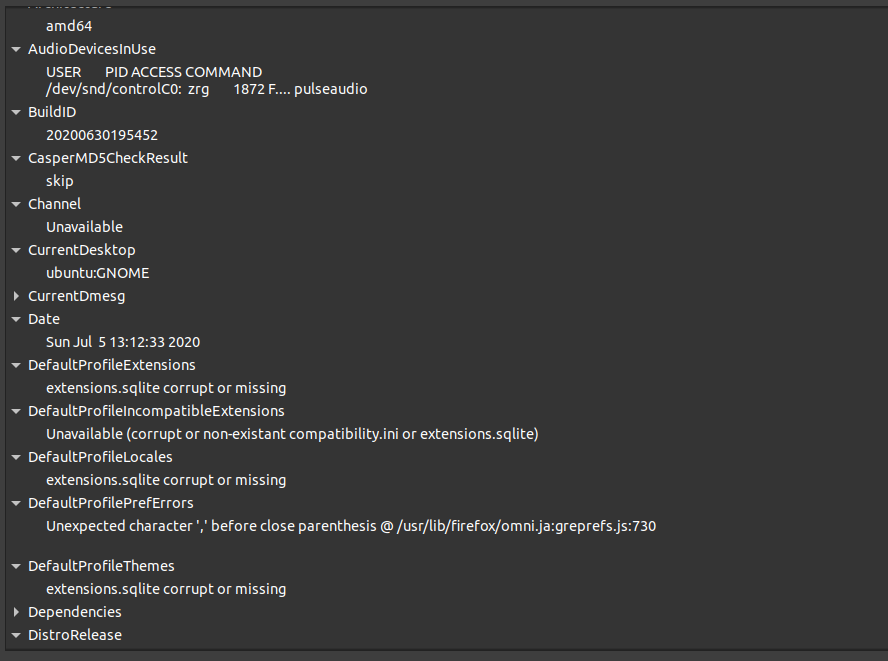 I have also tried to run firefox directly from the file I got from firefox.com but had the same outcome.

This first happened when I tried to run firefox from a script using Selenium and the Firefox Gecko Driver. At the time, I had an instance of firefox already running and the script quit with a connection issue. Closed all firefox windows and it didn't work anymore since then.

It had never done this before while I have tested the script and used it a lot everyday. I also tried to delete the gecko driver from the $PATH.

Oddly enough, those fonts were not installed in the system but this was the culprit. Happy to say it's working again!

1
Unable to install Firefox using Ubuntu Software Center
4
Can't add firefox search engines (ubuntu 14.04 & firefox 28)
21
How do I get rid of the Ubuntu scrollbars and theming in Firefox 46.0?
1
ubuntu 15.10 firefox 47 java plugin weirdness
0
Keyboard misbehaviour with Firefox / Javascript after upgrade to 16.04
0
How do I delete Plugins in Firefox 56.0?
1
No sound from Firefox or Discord, and they occasionnally freezes. - Ubuntu 18.04
0
Ubuntu 22.04 firefox desktop icon