I've been asked to assist in the update of this Xubuntu 16.04 machine, but before I jump into this, I wanted to verify:

-The owner described me having some warnings (upgrade pop-ups) a few months ago. She turn those down because she was working in a project, and did not want to mess with her work at the time, deciding to postpone the upgrade for later.

-When asked if she had checked the software updater, she says she did, but she found the message "different from the one she had viewed the last time". When I asked her what was the difference, she told me the message offered her to upgrade to "Xubuntu 18.04", not what it was displaying right now.

So, I tested myself, and this is what it shows: 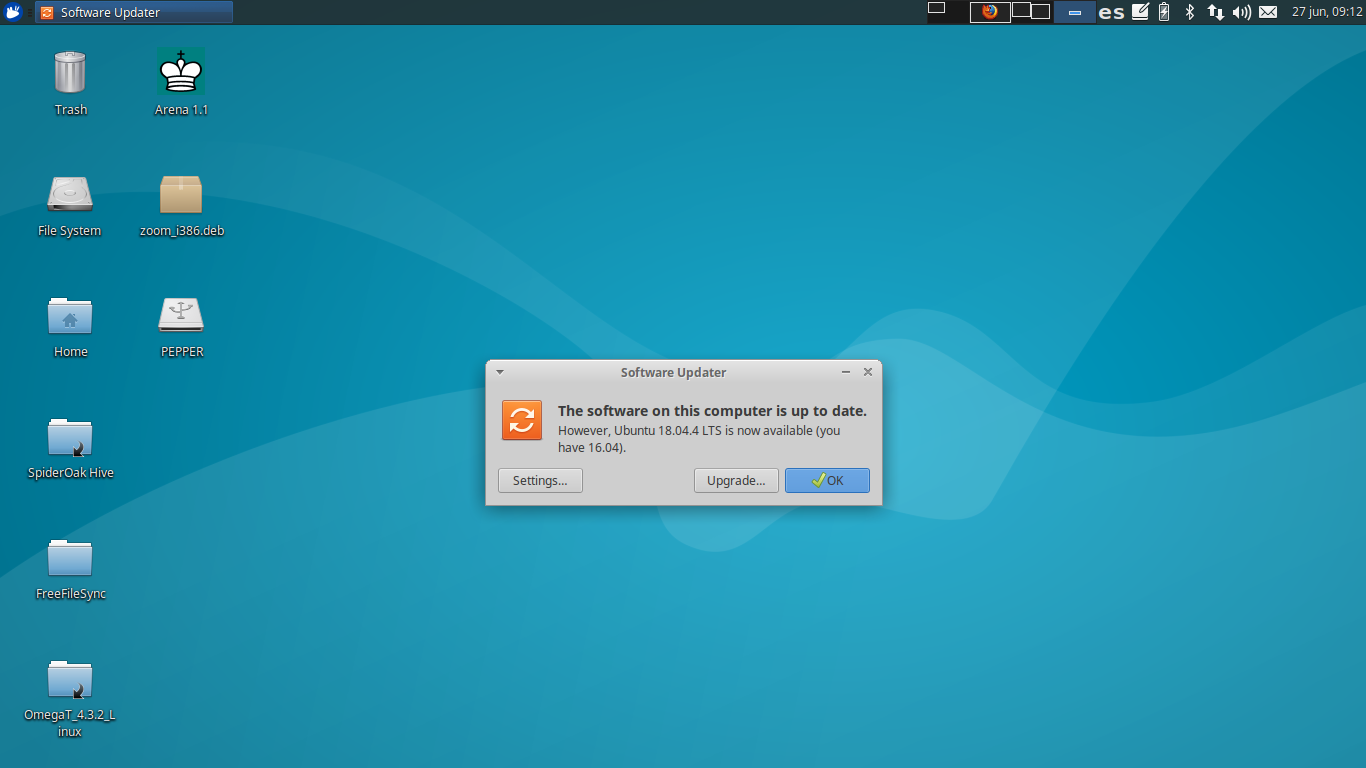 Now, does that means I will be only assisting her in update her Ubuntu base, and none of the Xubuntu packages from this non-supported version will update? I don't want to nuke this PC and getting myself into trouble.

Browse other questions tagged xubuntu or ask your own question.

3
Why does my Linux version name read Linaro instead of Xubuntu and how can I fix it?
0
GRUB2 not working after installing xubuntu 14.04
0
64 Bit Xubuntu on Full Software Raid 0 Using Mini.Iso
0
Kernel Panic at boot Xubuntu 14.04.2
2
Unable to update Xubuntu from 14.04 to 16.04 using Update Manager
0
Xubuntu software updater doesn't update
1
Xubuntu 16.04 LTS - lightdm stops