Backup Failed: Could not understand duplicity version + Cannot ask duplicity for its version

I get the following error when trying to run backup on my laptop running Ubuntu 18.04: 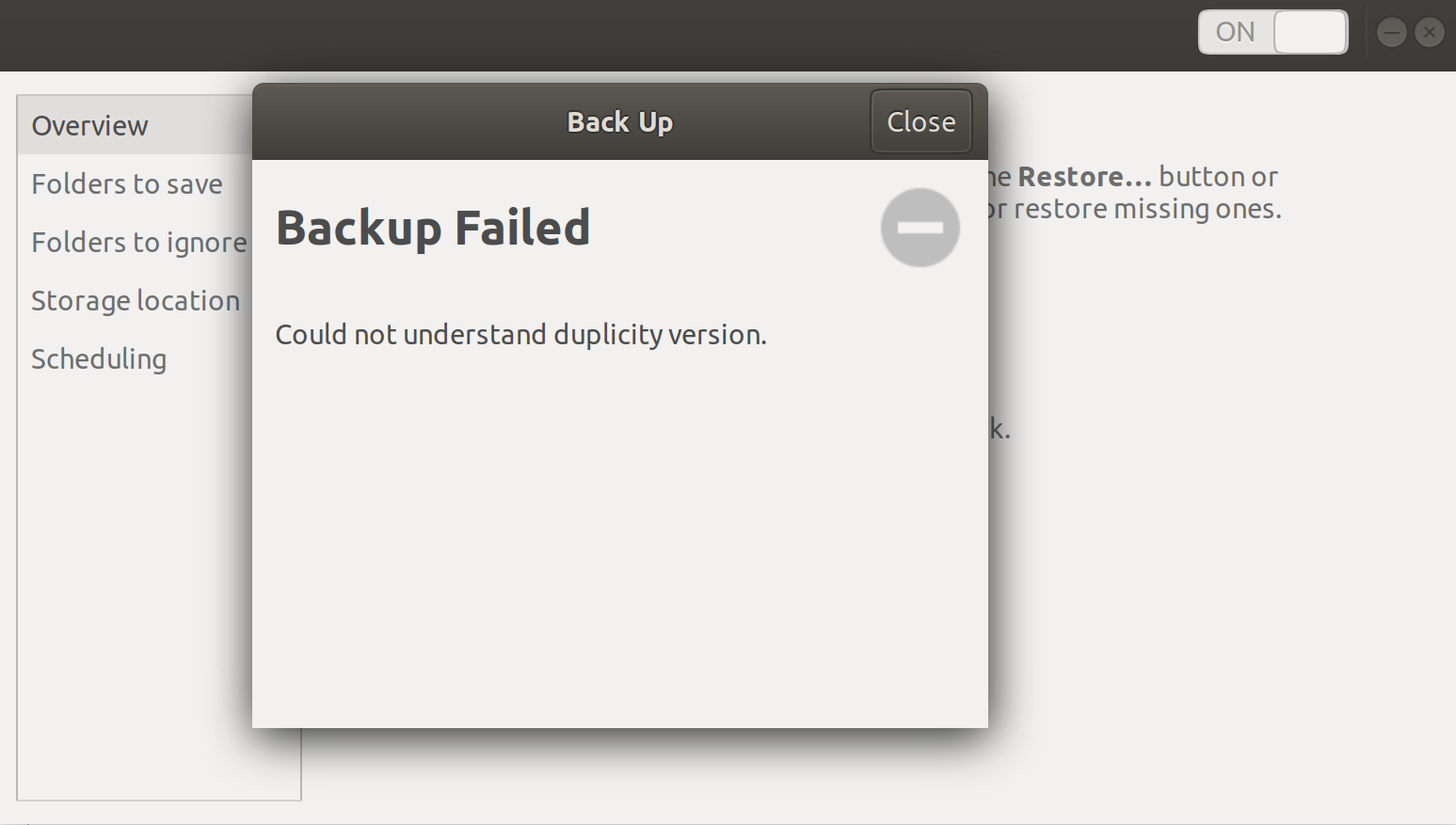 I also get the following error when trying to ask duplicity for its version:

I've tried to reinstall duplicity in two ways, but neither fixes any of the two errors so I think the error must lie elsewhere:

Does anybody know what could cause an error like that? Any hint is much appreciated.

If you are not comfortable with using rsync (or Grsync) commands and having problems with Duplicity, then use LuckyBackup downloadable from the Ubuntu Software Center. 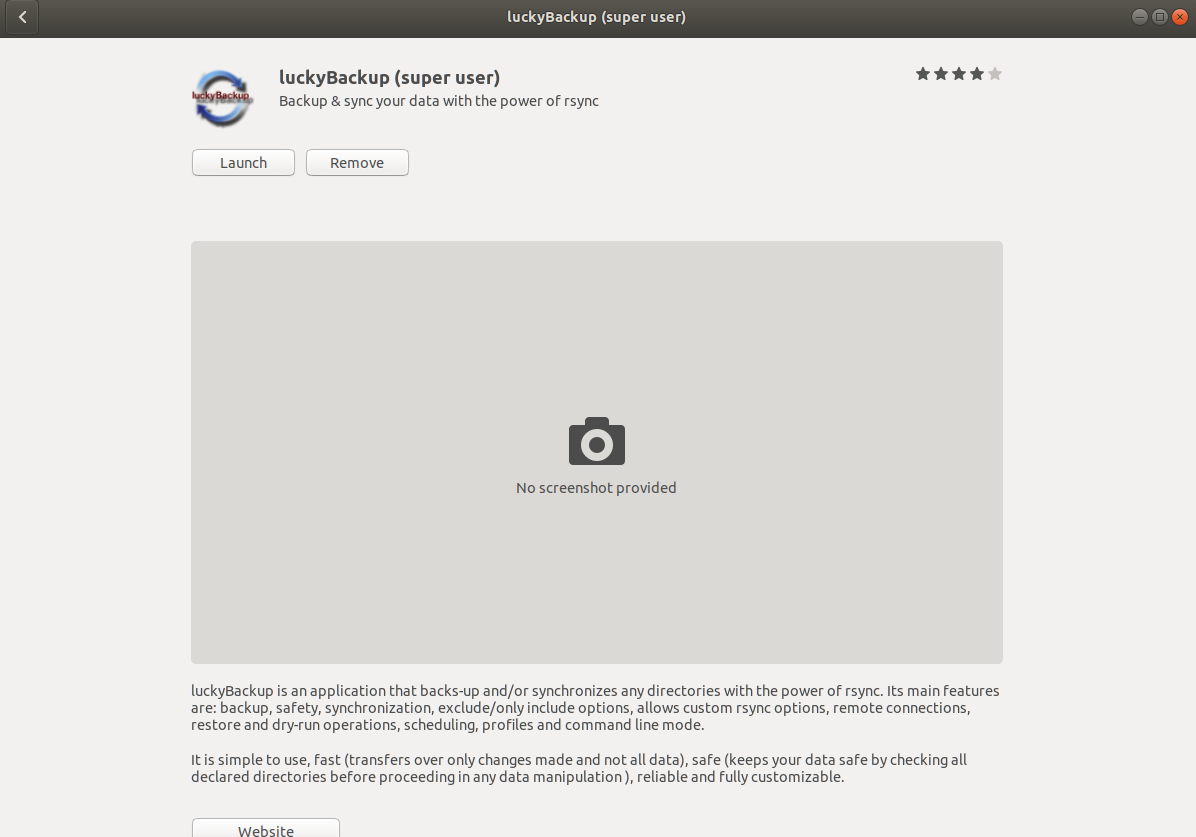 It uses the rysnc command set but in a much more user friendly fashion with the added advantage that you can try out your selections first before committing them to a final run. Not only that but you can schedule backups to make life much more simple.

I have been using this for some time now backing up various drives (including a NAS) and backups can be made to cloud based storage (such as DropBox).

2
"'Mega' object has no attribute 'get_name_from_file'" when writing files to Mega
5
Backup Failed: Could not understand duplicity version
4
How to make Deja-Dup behave?
4
"Backups" (deja-dup): after installing duplicity 0.8 from source, "Backups" can't find it
3
Backups to google drive failing with RedirectMissingLocation error
0
deja-dup is still failing