I have that problem which seemingly afflicts many using the proprietary Nvidia driver:

Video tearing: fine horizontal lines (usually near the top of my display) when there is a lot of panning or action in the video.

(Note: switching back to the default nouveau driver is not an option, as its seemingly nonexistent power-management drains my battery several times faster)

I've tried Totem, Parole, and VLC, and tearing occurs with all of them. The best result has been to use X11 output in VLC, but there is still tearing with relatively moderate action.

There are two common fixes for tearing with Nvidia prop drivers: 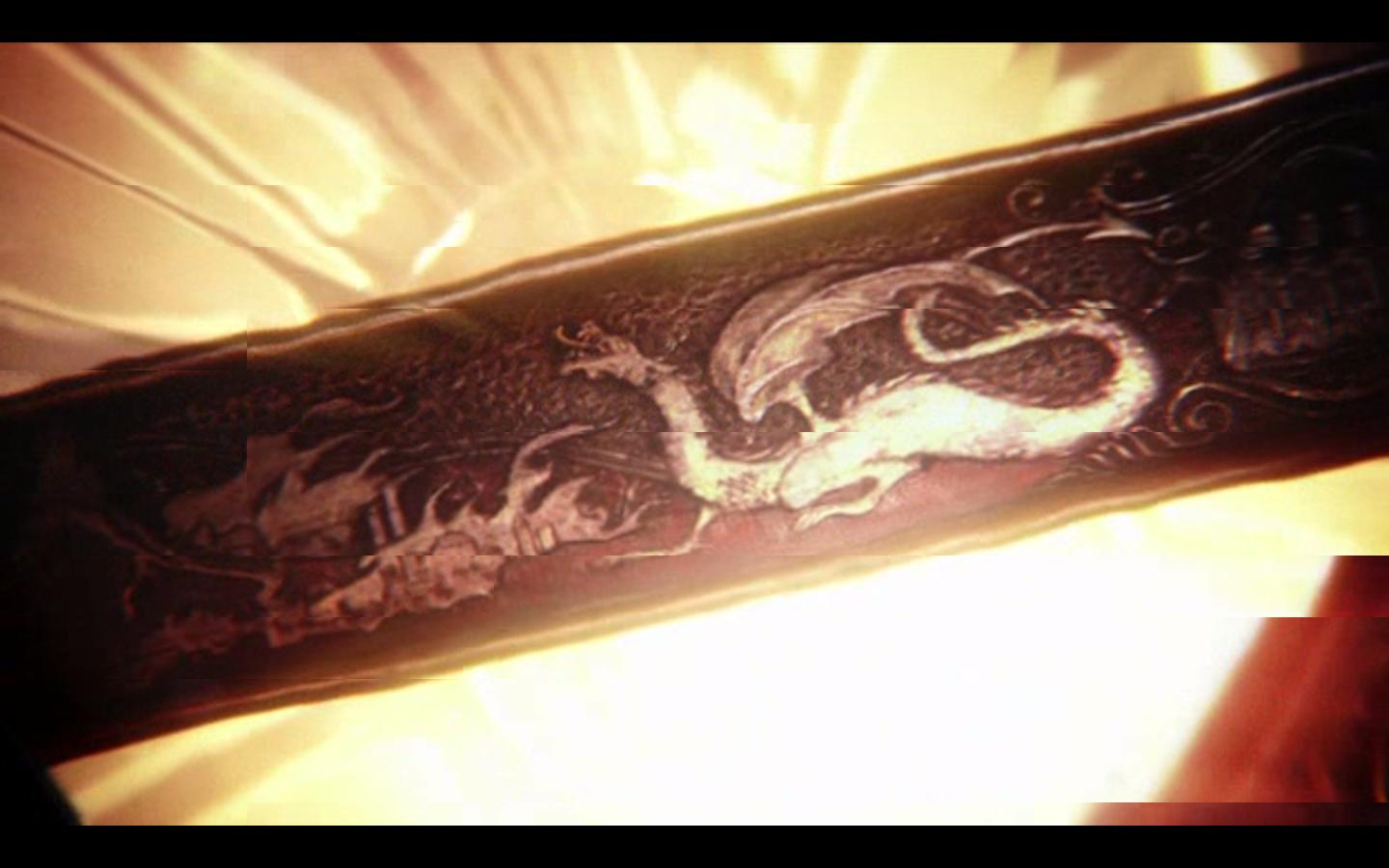 One thing to try that may work. Open nvidia-settings and go to the powermizer section. Choose "Maximum Performance" in the drop-down, and you should see your powermizer level jump to the fastest speed.

Once you've done that, try the video.

In the past, I've found that vsync doesn't work when the nvidia card is on the slowest powermizer setting.

If you are using dual monitors, the nvidia driver can only sync to the vblank of one of the displays unless they use exactly the same refresh rate. And I do mean exactly. This is effectively impossible unless both monitors are the exact same type. In case the nvidia driver is syncing to the wrong display (for example, syncing to the built in display when you want to watch a movie on the external TV) you can override it's choice. From the nvidia driver documentation:

I have set this permanently in /etc/environment - just add something like this on a new line:

I too was suffering from video tearing in my Intel sandy bridge processor. This worked for me. I put the following lines in "/etc/environment" -

and it worked. Press enter at the end and copy paste these lines. It may require restart. Try it.

Here is how I solved vsync issues for video on my ASUS K50IN notebook with the NVIDIA GeForce G102M. I am aware that your mileage may vary since the cards are different, but you can try it out... The trick for me was to use barebones MPlayer (but not MPlayer2!). It doesn't work with any of the other players.

Change ao to alsa if you removed pulse audio.

Try it out, YMMV as always. I have found that, especially in non-LTS releases or with beta drivers, this may not work anymore depending on the codec of the video.

This worked for me on an ATI radeon driver, so it might work for you:

EXA is the framework for compositing video; it doesn't seem to vsnc by default.

It might also be worth trying different software (e.g. vlc) to playback video.

Not sure if this will hepl you, but it worked for me. Open nvidia-settings and change the Frecuency from Auto to 60. And press apply. This solved my problems with the video tearing and the general desktop flickering. Sadly I have to do this each time I restart.

I was experiencing the very same video tear problems. In my case I observed that tear down happens in fullscreen mode only. The problem seems to be at scaling the video to fullscreen. Whenever the original size of the video played and screen resolution ratios do not match there is tear down in the video. Setting the aspect ratio in smplayer to the displays aspect ratio fixed the problem for me.

e.g. I was playing a 1280x714 sized video in fullscreen there was tear in the video. As I forced the aspect ratio of the video to 16:9 the playback was smooth.

I have to note that the root cause of the problem stays there and is annoying. Since the aspect ratio is not kept original, there will be some deformation in the video. However it is better to watch without tears ;)

I was suffering from video tearing for over a month until I found a solution.

Open nvidia x server settings-->PowerMizer-->PowerMizer Settings (near the bottom), and where it says, "Prefered Mode," change the setting from Adaptive to Prefer Maximum Performance.

Upgrading to version 319 from PPA solved the problem:

If after boot, it runs in failsafe mode go into recovery and run sudo nvidia-xconfig. Happy video playing!

If you're not using dual monitor there's another possibility. There are two different kinds of sync to vblank: One for XVideo and one for OpenGL. In nvidia-settings, one is under "X Server XVideo Settings" and the other is under "OpenGL/Settings". Which one actually affects your video playback software may depend on which output plugin it is using.

I am unsure from your description whether you are actually seeing tearing; normally, tearing looks like the picture is split horizontally into two or three sections, with the parts not matching up. This happens because the top part of the picture and the bottom part are not coming from the same frame in the video. Wikipedia has a good simulated example of screen tearing. Fine horizontal lines sounds different, more like combing artifacts from poor de-interlacing, although maybe it is just hard to describe.

You don't mention any details of the video you are trying to watch, such as its resolution, encoding, and if it is interlaced or progressive, and whether you have de-interlacing turned on in VLC. It might also be worth checking if the video processing is being offloaded to the GPU, or whether the CPU is doing all the work. Have you confirmed that you can successfully view the same video on different hardware, or on the MacBook using OS X?

You say you've tried with compositing disabled on XFCE, but it probably wouldn't hurt to try adding:

to your /etc/X11/xorg.conf just to be sure. Also, one other suggestion not mentioned so far is to add:

to the Device or Screen sections of your xorg.conf.

The attached screenshot definitely shows tearing! If the player is otherwise keeping up with decoding the video (ie, no stuttering slow downs, just the tearing), then it probably doesn't matter if it's the CPU or GPU doing the decoding. VLC has an option on the Video settings page in Preferences to turn on and off "Accelerated video output"; if it's on, it ought to be using the GPU to decode. If you toggle that setting in VLC and run top in a terminal whilst playing the video, you should see a difference in CPU usage between the two settings. You could also try turning off any de-interlacing in VLC to see if that makes a difference.

I have two other suggestions:

then you should see both settings are set to 1. You should probably also check that however you auto-loading the settings is working by rebooting and running the above command again.

The other thing you could try would be to upgrade/downgrade your nvidia drivers. I have experienced tearing with some minor driver version updates before; there are definitely "good" and "bad" versions of the nvidia drivers and the latest are not always the best. You can try upgrading using the X-swat PPA:

And you can try downgrading to an earlier version available for 12.04:

depending on whether you have amd64 or i386 installed. Click on the version number to the right that you want to try, download the .deb file and then install with:

For example, due to an unrelated nvidia bug, I had to download this:

and installed it using:

One other tiny point: one other answer mentions changing the refresh rate from Auto to 60Hz, and you say that it is already set to 60Hz. However, your attached xorg.conf has nvidia-auto-select in metamodes (in the Screen section), which suggests it is not fixed. However, your Monitor definition only offers 60.0, so maybe this is inconsequential. It might be interesting to back up and move your xorg.conf, and re-run nvidia-xconfig and nvidia-settings to see if you get a different config.

In addition to David previous post: if you want to install latest NVidia proprietary drivers using X-swat PPA, you can also add it to your apt sources:

This will install latest version and keep you up to date regarding their deliveries.

Sorry this answer is somewhat for openSuSE, not Ubuntu, but I did finally get it working with these changes,

Hope it helps! I imagine there's some setting to make it work with compositing, but I recommend at least disabling compositing for testing. My setup is a 4K monitor and GTX 650 graphics card.

You can fix this for VLC by changing video output to "OpenGL GLX".

I am running 64-bit Elementary OS Luna (based on Ubuntu 12.04 LTS) and I had the same problem. Searching around, I finally found a method that WORKS and obviously it does include the "Powermizer settings to Performance" solution, as a lot of other peaople have already said.

The problem is that after restart these settings get restored to the default "Auto" setting and apparently the Nvidia-Settings application does not save properly the new settings of Powermizer. NOT TO WORRY!!!

As the article says, make a Startup Application and you're good to go!!!! TRUST ME IT WORKS!!! Many thanks to Aquablue for posting this and of course, to Mike from Nvidia Customer Care who provided the solution!!!

I could pick the window with my cursor, move the window, and it fixed the tearing. So is seems like some callback issues in X.

For me the vlc fix was:

It seems that you are running some lightweight window manager (presumably openbox). If that is the case, it is possible that you are using xcompmgr as a composite manager to get desktop effects such as shadows, transparencies, etc. In my case, turning xcompmgr off solved this same issue: tearing while watching videos, specially those in HD (which are CPU intensive). Apparently, tearing occured because of a bug in xcompmgr, which is a longly abandoned project. To turn off xcompmgr you can execute "killall xcompmgr". That should work. Hope it helps! Saludos! Pablo.

1
How do I turn on V-sync for desktop?
9
Terrible screen tearing on Ubuntu 14.04 LTS with Nvidia proprietary driver
4
MacBook Air and Ubuntu 12.04: Good Buy or Go for an Ultrabook?
2
How do I keep my nvidia card's refresh rate at 75 hz?
2
html5 video glitch
1
Forcing Powermizer to Maximum performance by default
1
Ubuntu 12.04 nVidia TwinView tearing

3
How to remove tearing in videos with Nvidia driver?
1
Ubuntu 12.04 nVidia TwinView tearing
2
Video tearing with KDE compositing
3
How should I properly set up my CCSM, Xorg.conf and nvidia-settings for fullscreen games?
2
Video tearing on flash fullscreen
5
Ubuntu 15.04 unsolvable graphic tearing
3
Enabling VSYNC with Nvidia drivers
0
Optirun and Bumblebee basic question
0
17.10 How to remove painful screen tearing with Nvidia-Intel GPU