Desktop Icon not movable after moving to far left

I recently wanted to move the Recycle Bin to the most left of my left monitor (using three monitors if that's somehow relevant). But instead of putting it to the most far left column I dragged it over it (as if I wanted to leave the monitor if that makes sense). Now the icon reappeared on my main monitor on the top most left column and I cannot move it anymore. When I try to drag it, it shows the drag animation, however it does not realese even when I stop holding the mouse button. It only stops being held when I hit the esacpe-key and then it snaps back to the original position (so main monitor on top left). Is there any way to make it movable again? Or can somebody at least explain to me why it moved to the main monitor?

Picture to illustrate what exactly I did and what happened 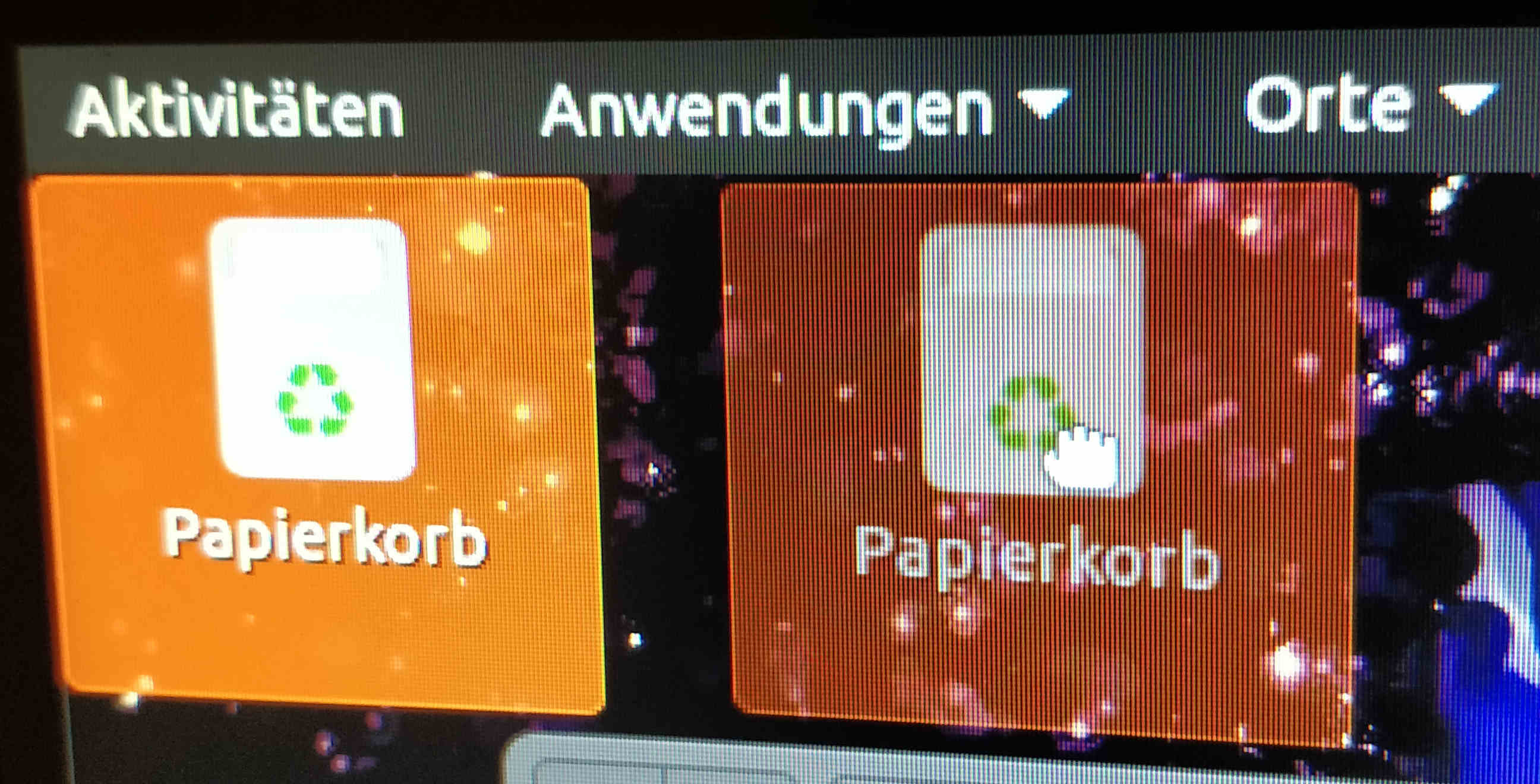 EDIT: Tried recreating it, and every time something is moved off the left side it gets stuck, but moving it to the far right doesn't do that.

Browse other questions tagged gnome icons ubuntu-gnome desktop-icons or ask your own question.

1
How to move a file/window from one desktop to another desktop?
12
Dual monitors with one above the other?
3
Can not move anything in Ubuntu 12.04
2
desktop icon not showing
8
Desktop icons appear on wrong monitor
2
18.04 problem moving mouse cursor between monitors