How to turn down Refresh Rate of secondary monitor only? (Reduce GPU usage)

I want to reduce the refresh rate of my secondary monitor to something really small, such that my GPU doesn't has to do as much work. But there is no option to change the refresh rate for my second monitor in the default "Displays" settings. It seems to be fixed at 60 Hz.

How can I throttle the refresh rate of my second monitor to only, let's say 10 frames per second?... to free up some resources on my GPU.

Here is my display setup: 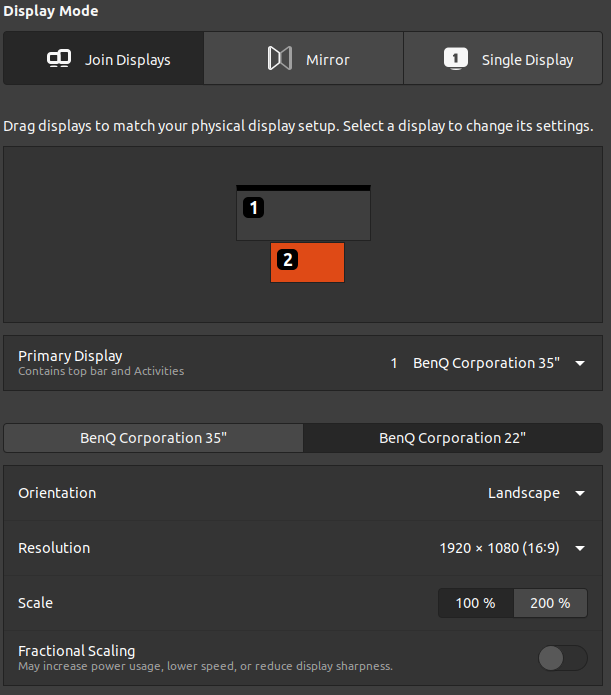 I also couldn't find an option in the NVIDIA X Server Settings: 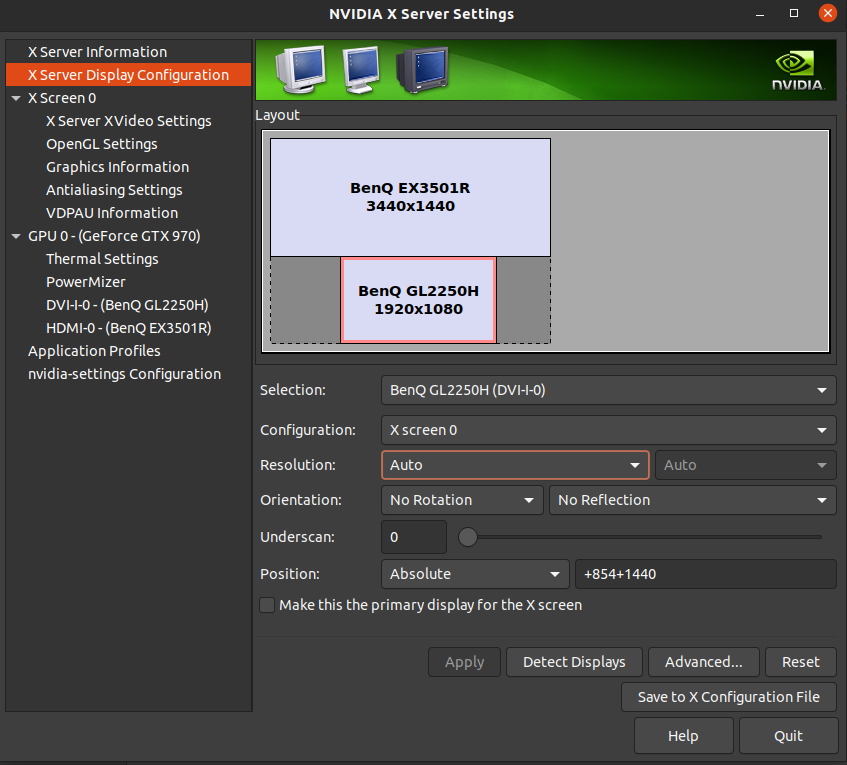 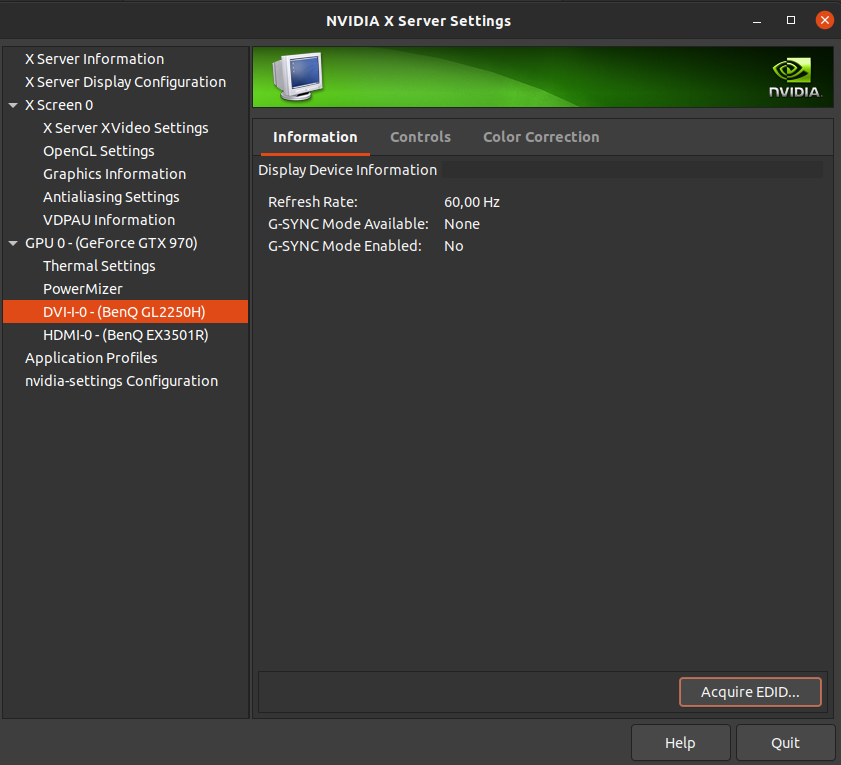 The output of xrandr is

Monitor refresh rate has nothing to do with the GPU utilization.In fact the framebuffer is being read by the monitor for example 60 times per second for a 60Hz monitor , whether your GPU is rendering to it 240fps or whether it's completely idle.As far as I know the method used by the monitor to read the framebuffer is called Direct Memory Access which even doesn't require CPU cycles to do the I/O operations.

If you want to lower the load of your GPU, you can :

No program ever begins its execution in the GPU.All programs begin with the CPU and then issue calls to the driver of the GPU via OpenGL , CUDA or OpenCL to name a few.So I think it's reasonable to limit the CPU usage.

And note that the maximum_cpu_usage in the above command for a 16 thread CPU is from 0 all the way up to 1600 . That's the maximum amount of CPU that a process on that system can use (if it has 16 threads of execution).

Limiting for example the KWin window manager to 10 in my system reduced the GPU usage from almost 32% to around 15% when moving a terminal window very fast across the whole screen.But it can cause some glitches when you move the window.

TODO : If somebody knows how to limit the frame rate of the Gnome-shell or a similar DE , I'm glad to hear.

Not the answer you're looking for? Browse other questions tagged nvidia multiple-monitors display performance fps or ask your own question.

96
How do I set a custom resolution?