I am having troubles with getting Nvidia GeForce RTX 2070 drivers going on my AMD Ryzen desktop. I have entered the following terminal commands: 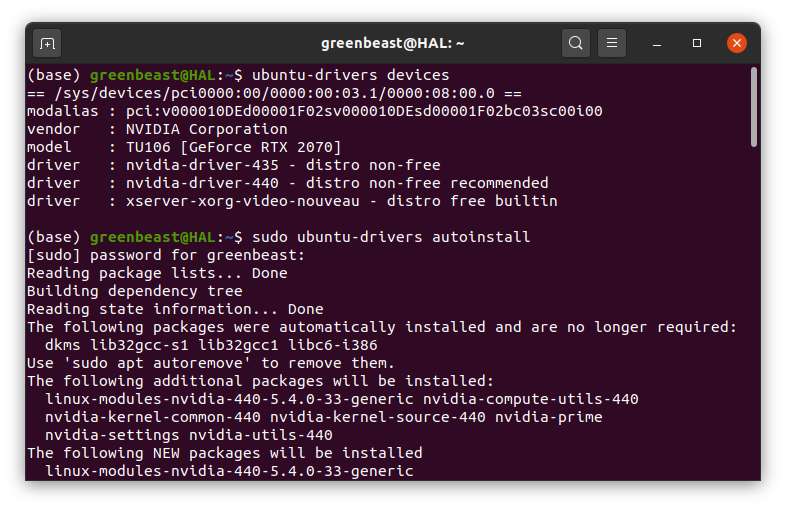 As can be seen, everything seems to install correctly but when I then reboot it goes to a logon screen with my name as the account name. When I try and login by entering a password, nothing happens. It just stays on the login screen. The only way to fix it, is to revert back to the nouveau driver by going to the command terminal as root (ctrl+alt+F2) and entering the following:

And then followed by these commands:

However, is this really the proper way to resolve this issue, and will it work? (or what is bumblebee?)

So I had a total disaster with "Bumblebee". I entered the above commands but they caused all sorts of weird responses resulting in me having to give up and just re-install a clean copy of ubuntu 20.04 (not the reinstall option but the replace install option).

So how did I fix it? Well I didn't use bumblebee and instead did this:

This gave me a different login screen, BUT I could actually login and the nvidia driver was running (and its control panel properly activated).

Not the answer you're looking for? Browse other questions tagged drivers apt nvidia nvidia-optimus bumblebee or ask your own question.