No Nvidia drivers in “additional drivers”

I have a laptop with a Nvidia RTX2070 GPU and an intel CPU but I have issues using the GPU, the driver is installed but looks irrelevant/not used. I need the gpu to launch a car driving simulator (lgsvl) but impossible to use because of the driver not working. When I use lspci or lshw the card is detected.

I added the ppa for nvidia drivers ppa:graphics-drivers/ppa2 but only intel driver appears in the Software & Update "Additional driver"

I have tried installing nvidia drivers from packages (apt-get install nvidia-driver-XXX), it succeeds, the nvidia settings panel considers the driver installed but yet, nothing works. Here's what the nvidia-settings says. 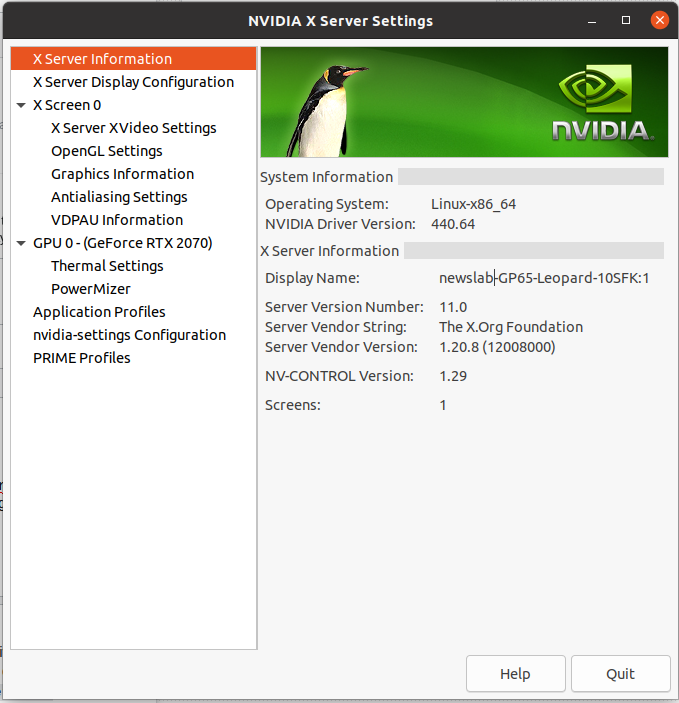 I have tried different driver versions on both Ubuntu 20 and Ubuntu 18. The simulator works well under the Intel GPU, but can't even start with the Nvidia one, saying there is a driver/xorg problem. (The error message is not very specififc)

Is it normal that I have no driver in the Software & Update panel ? Should I use a xorg.conf file ? Is the gpu maybe too recent ? I am a out of solutions right now, I would be really thankful for any information about this issue or a similar one.

Edit : The result of ubuntu-drivers devices :

Whether I installed or not any Nvidia drivers, only the Intel one appears.

Browse other questions tagged drivers nvidia graphics xorg or ask your own question.