There are loads of posts about the main “No root file system is defined" problem, which say to address this by specifying ext4 as partition type "/" as mount point. HOWEVER, I've not seen anything which addresses how to do this for setups with a separate root partition. On my 250gb SSD, which is dev/sdd/ I have: 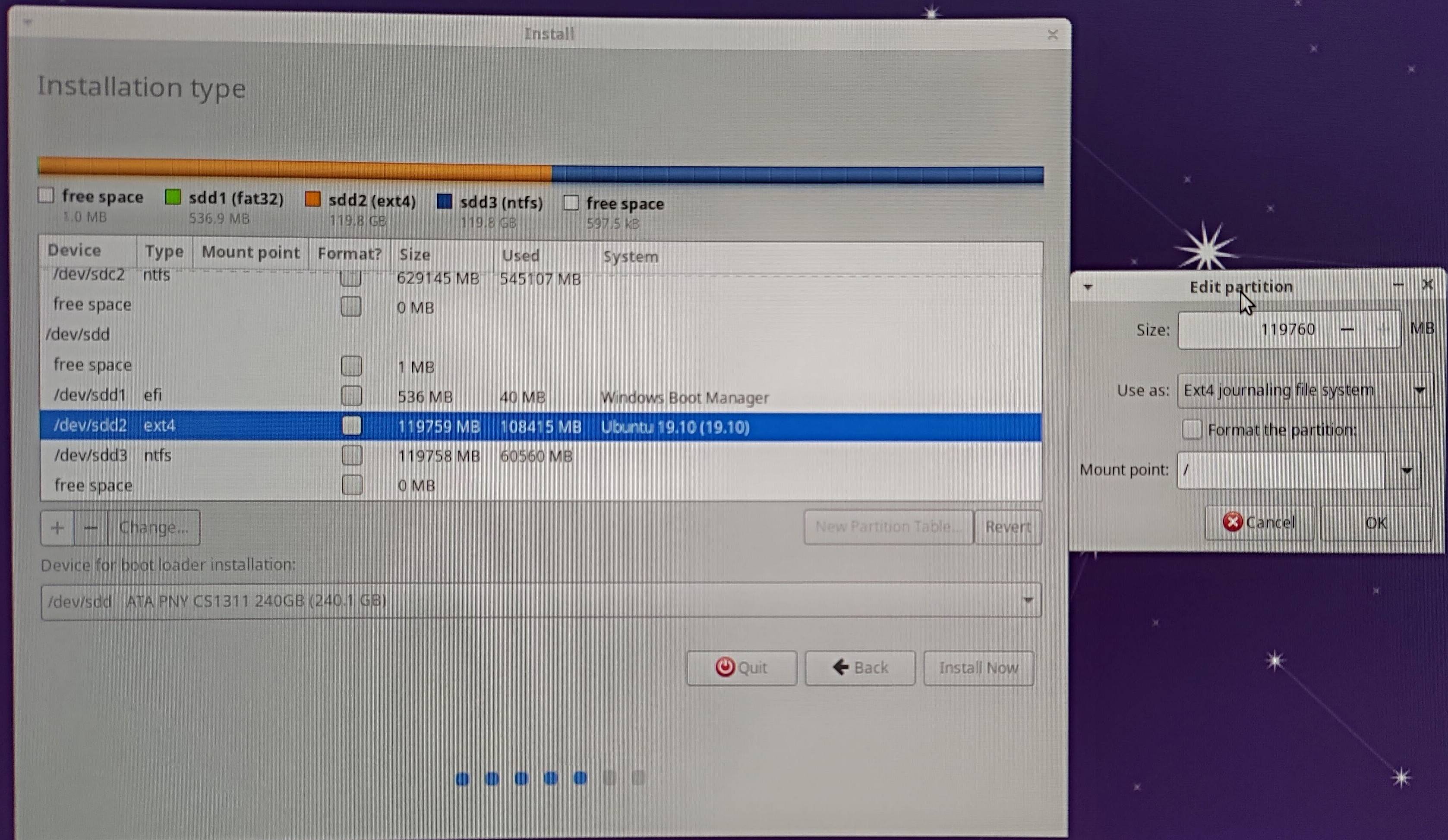 Probably the answer to this is really easy but I'm just being cautious as I don't want to make a best guess and ruin anything e.g. having to reinstall windows as well.

Please could someone advise how to address this issue, i.e. how to install xubuntu 20.10 in the same setup as currently (i.e. separate boot partition); also,

Please could someone weigh in as to whether it's worth me having a separate boot partition? At some point I must have read about benefits to having it, although right now it's responsible for an issue (albeit a minor one).

Edit: I looked again and realised I chose "Erase disk and install Xubuntu" because the wording of the first option ("Erase Ubuntu 19.10 and reinstall") ambiguously implies it'll reinstally (x)ubuntu 19.10. However maybe it means it'll install 20.04? 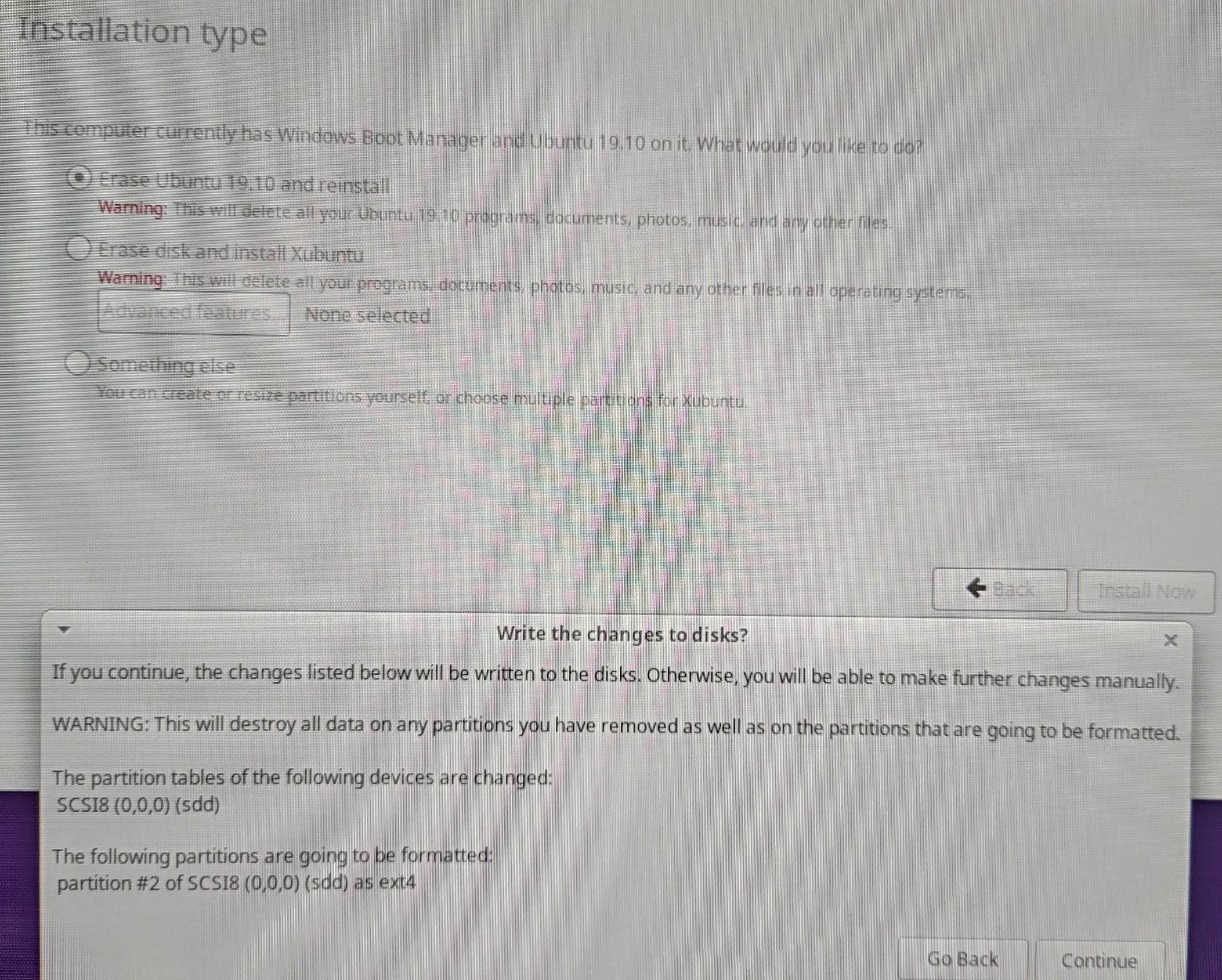 Edit2: Playing around with "Erase disk and install ubuntu" advanced option, is it simply that I: 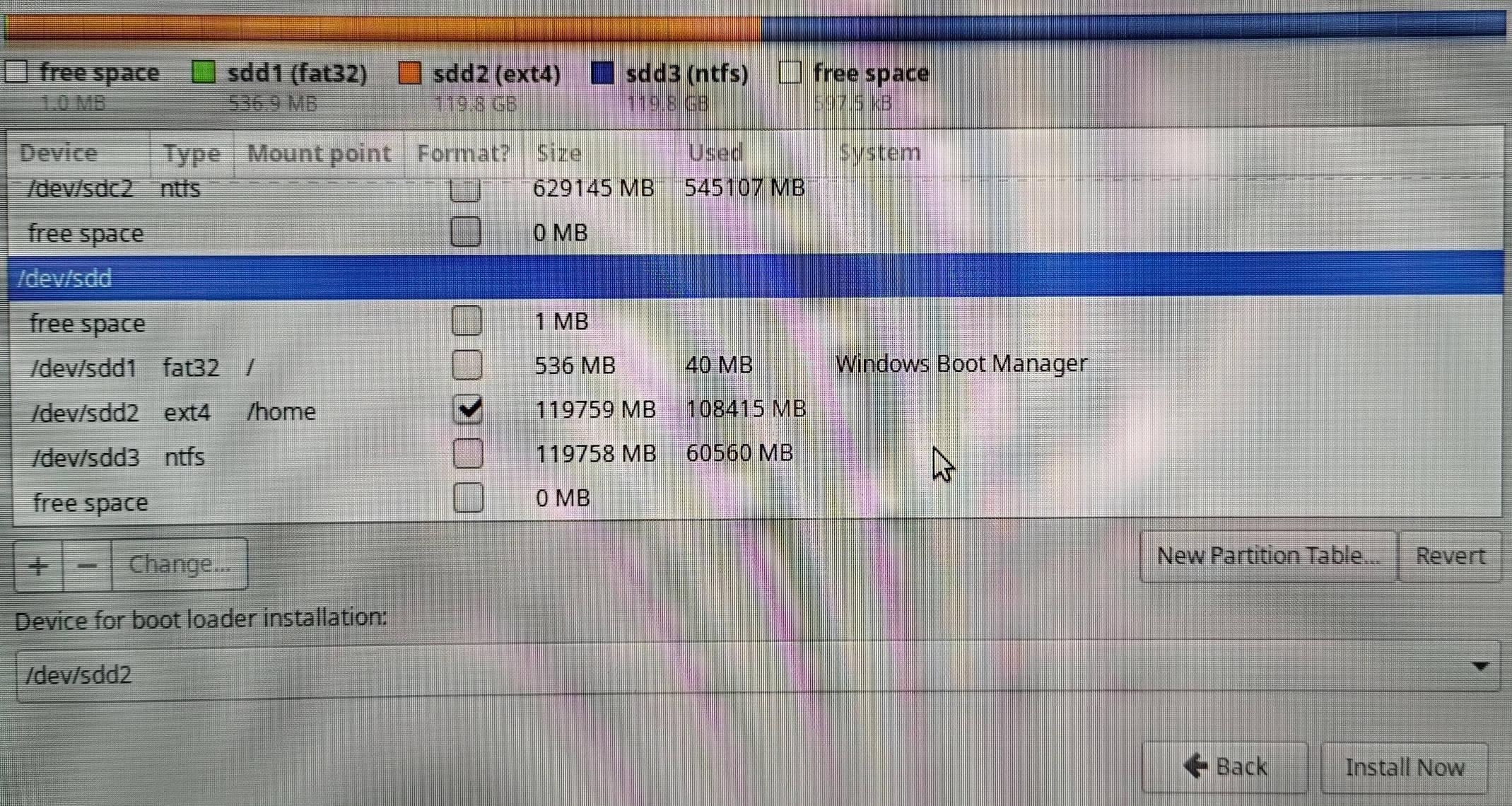 0
“No root file system is defined. Please correct this from the partitioning menu” during installation