Installed Ubuntu along with Windows but neither boots now

I tried to install Ubuntu 18.04 along with windows 10 in my Dell Inspiron 7390. It gave me a grub installation error and later when I tried to install Ubuntu again, it did not give me any error and the installation was successful. But when I boot the laptop, it was directly taking me to Windows without showing the grub screen. I disabled the fast startup and Secure Boot options.

When I was trying to fix this issue, Windows Boot Manager also disappeared and now when I boot the laptop, it says No bootable devices found.

There is only "ubuntu" in the BIOS sequence. It had Windows Boot Manager and UEFI Hard Drive earlier.

When I insert the bootable USB stick and open the terminal while "Trying Ubuntu without installing" and run fdisk -l, it gives me this.

It looks like both Windows and Ubuntu are present, but neither of them boots. I have tried installing grub manually, mounting, chrooting and Boot-Repair, but none of them worked. Boot-Repair reported that it repaired successfully, but nothing happened and the problem still exists. This is the pastebin link that Boot-Repair gave me. Below are a few commands I ran.

[Update]
I tried using the rescatux tool and that also does not seem to work. This is the output of "Check UEFI partition status" 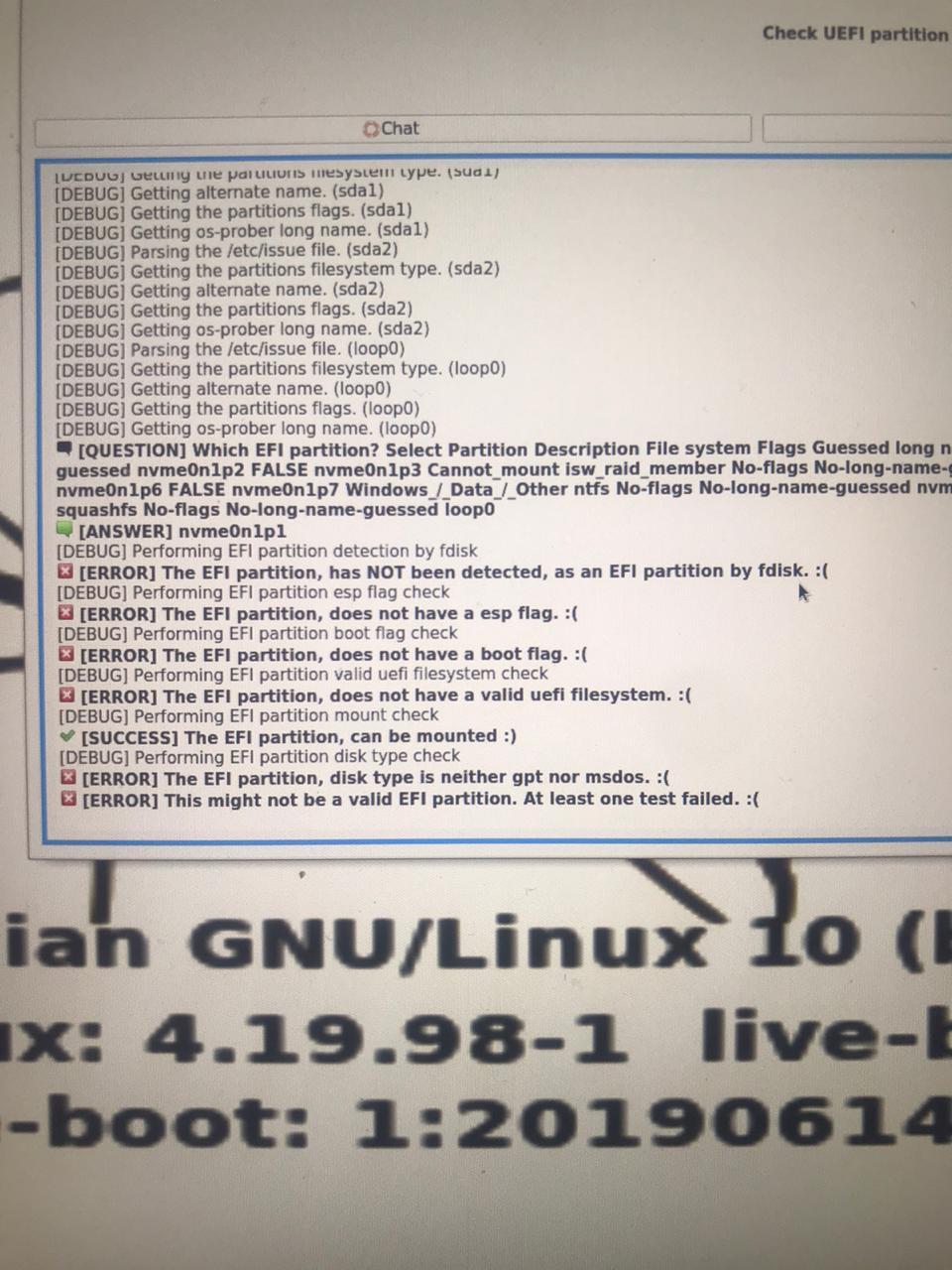 I get the same output for the other partitions too. When I try easy GNU/ Linux boot fix, everything looks fine but the nothing happens. Once I remove the USB and boot, the "no bootable devices found" error still exists. 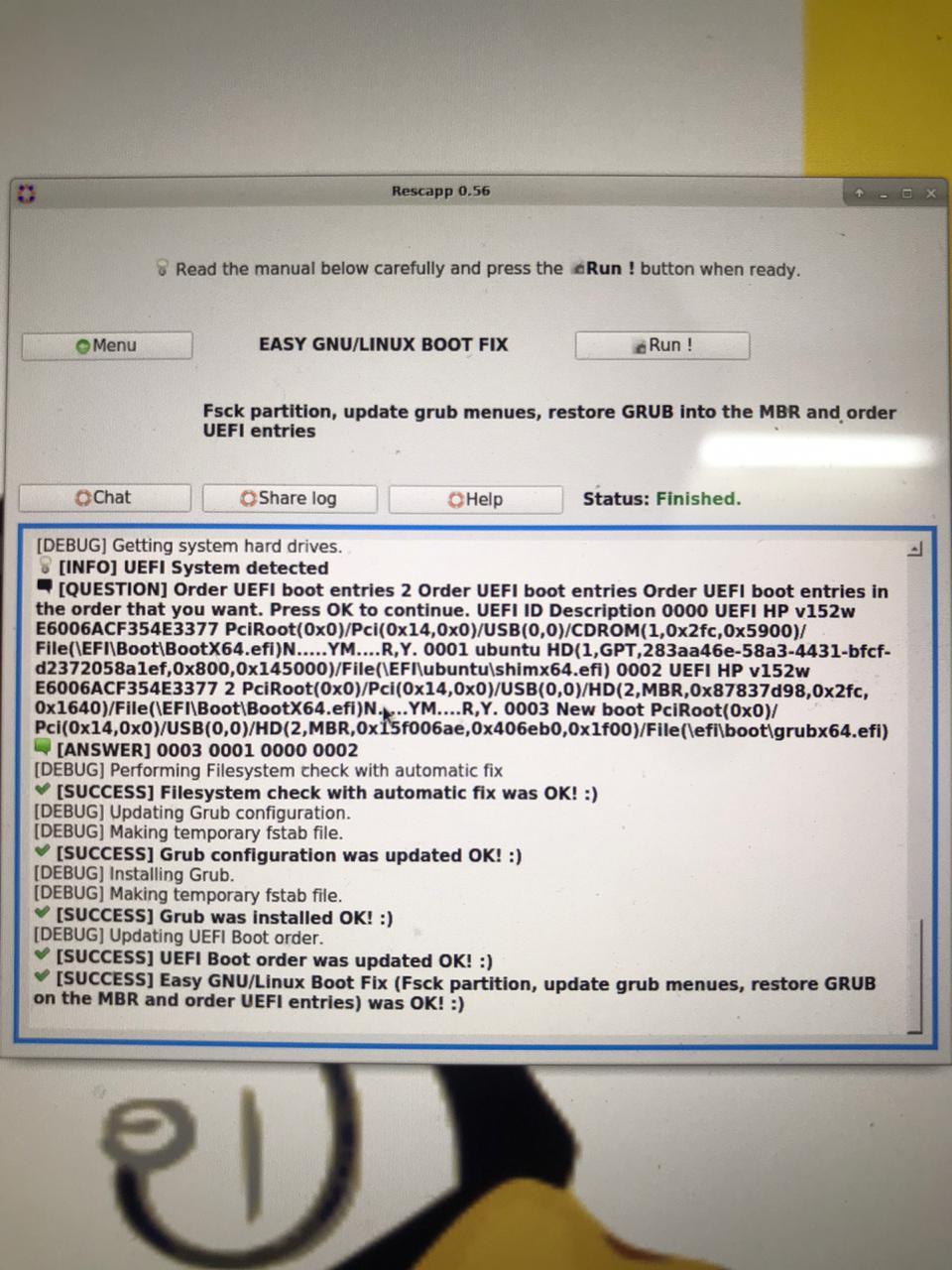 Browse other questions tagged dual-boot grub2 uefi or ask your own question.