I added the following lines in to the config file: /etc/netplan/config.yaml (I had to install netplan and create the folder manually.) network: version: 2 renderer: networkd ethernets: eth0: dhcp4: true

But unfortunately I installed netplan instead of neplan.io.

After reboot, I lost every connection with my Odroid.

Server version
Netplan wasn't installed
There is no Wi-Fi hardware.

If I install netplan.io, will my odroid connect to the Internet again? 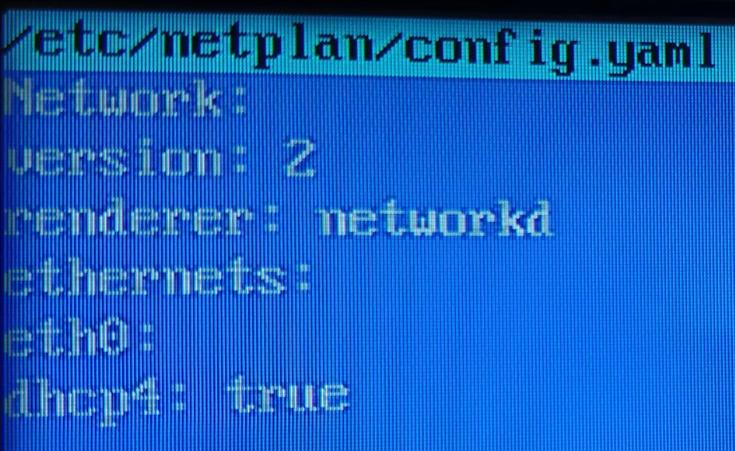 After trying to install netplan.io we purged netplan. My brother will send the odroid to me then I fight further.

For desktop netplan uses renderer: NetworkManager and config looks like this /etc/netplan/01-network-manager-all.yaml

You can generate it (but need to remove /etc/netplan/config.yaml before)

Not the answer you're looking for? Browse other questions tagged 16.04 18.04 upgrade internet or ask your own question.