I use Ubuntu 16.04. Since few days when I try to install an application I receive the following error message below.

For example, today the following :

I also tried to resolve the issue as advised here, using the followings commands :

Then the commands below :

However, when enter again the command below I have a frame asking to hit "OK" while it's not possible (as you can see in the file attached):

The issue may come from Software Center/Ubuntu Software since it doesn't launch. 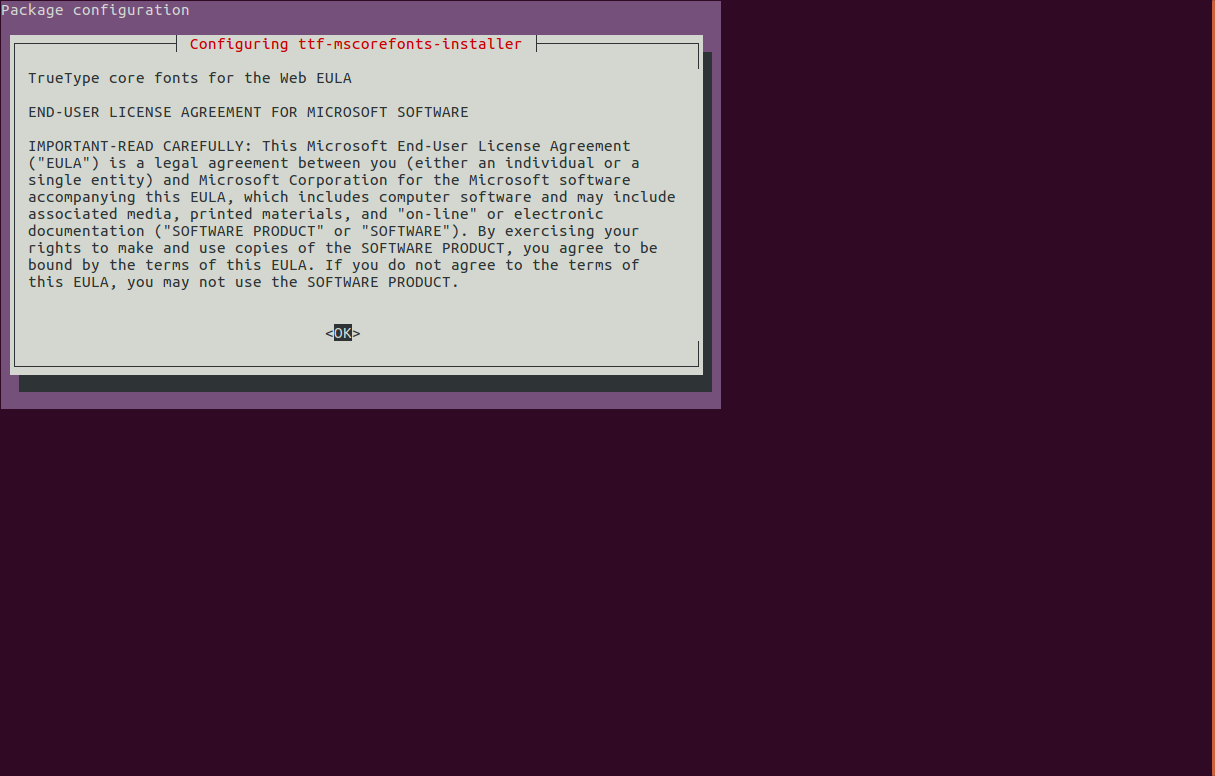 Thanks in advance for your help.

apt package-management dpkg software-center
share | improve this question | |
edited May 7 at 10:07
Space
asked May 7 at 9:43

From /var/lib/dpkg/info/ttf-mscorefonts-installer.postinst you can find the value to pre-accept the EULA

So we can use the debconf-set-selections utility:

Not the answer you're looking for? Browse other questions tagged apt package-management dpkg software-center or ask your own question.

2
Could not get lock /var/lib/dpkg/lock-frontend - specific to one single .deb package