Issues with Bluetooth Mouse in Ubuntu 20.04

I've got a Logitech V270 bluetooth mouse that has worked fine in the past with previous versions of Ubuntu (and other flavours of Linux, and [even] Windows). However, when I've paired it with my HP Elitebook 850 G6 running Ubuntu 20.04, the mouse stops moving the cursor when I leave it for a few seconds. Sometimes a click will wake the mouse, other times it needs a scroll on the wheel, but if I can wake it it works perfectly ... until I again leave it to type for a few seconds.

To be fair, I've never used the mouse with this computer before, so I have no idea if it would happen under Windows, but it worked perfectly with my other HP Elitebook 850 G3 running Ubuntu 16.04.

If anyone has any ideas where I could start looking at, I'd be much appreciative :)

And if this doesn't work do the following:

A solution similar to that of mathias worked for me:

Add "btusb.enable_autosuspend=0" to the GRUB_CMDLINE_LINUX_DEFAULT line. Ctrl+X to save.

Modifying my /etc/bluetooth/input.conf solved the problem.

and modify the IdleTimeout value (in minutes) - for me 30 minutes is fine but you can set it to 0 to deactivate turning off Bluetooth. 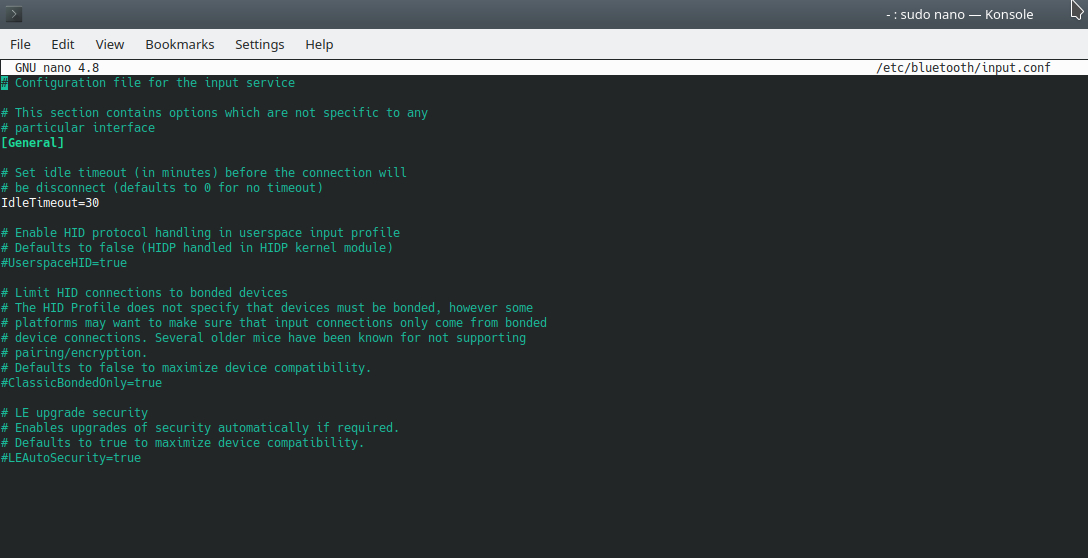 Not the answer you're looking for? Browse other questions tagged mouse bluetooth 20.04 or ask your own question.

2
Why are the extra buttons on my Logitech mouse no longer working under 20.04?
2
How to wake Ubuntu 20.04 from sleep with wireless mouse/keyboard?
0
Bluetooth Mouse MX Master in Ubuntu 20.04 - Scrolling became slow after upgrade
2
Ubuntu 20.04: Scroll wheel doesn't work for wireless mouse after system wakes up or when first plugged-in
2
Mouse clicks don't register about 50% of the time