Installed Ubuntu 18.04 64-bit on laptop with 2 drives but installation did not go as planned. While I did make a 169 GB partition on my 2nd drive, Ubuntu didn't use it and stuffed everything: including all data onto the little bitty boot drive. Both OS's were working fine until I discovered Ubuntu was "out of room" to install a necessary application.

The following screen shots are from the boot program "GParted" under which I booted my computer (CD). I would like to format the 168.95 GB "unallocated block" to ext4 and add it to Ubuntu which is out of room to run programs. While it would be wonderful to have a separate data partition for Ubuntu to use, I don't know how I can do that.

I guess if I simply format the 168.95 GB block ext4 and add it to Ubuntu under the mount point / then Ubuntu will simply see a lot more room in which to install & run programs?

How can I do that without erasing my Windows or my Ubuntu installations? Link to an earlier related post I made. is my Ubuntu partition full? 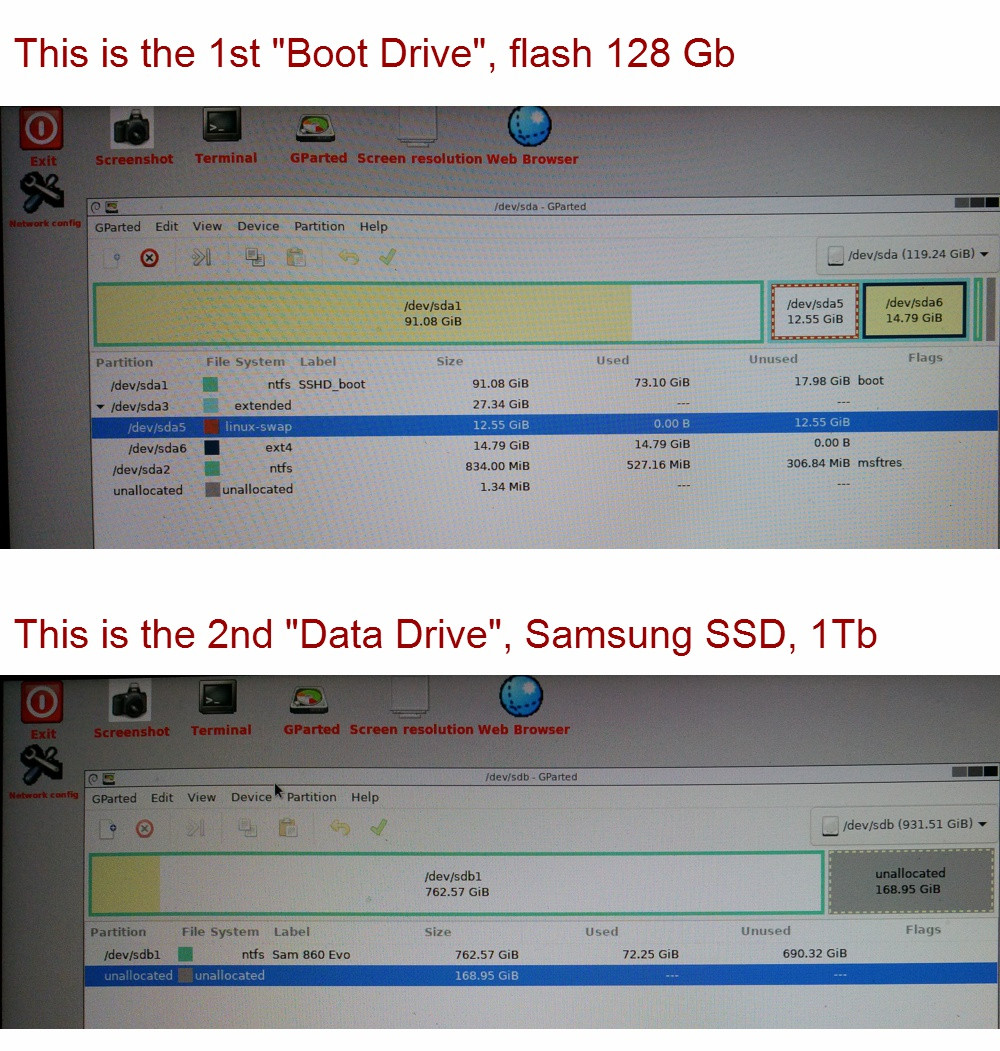 Thanks very much to oldfred. The article he listed did show me how to add a new home using the 180 GB partition on the 2nd or "data drive". The continuation of the thread is here: Ubuntu Moving Home Directory

Not the answer you're looking for? Browse other questions tagged partitioning system-installation mountpoint or ask your own question.

3
Storing data on second HDD, mounting
2
Is my Ubuntu installation full? An app said my disk was full on Xubuntu 18.04
1
Installing all applications on a SSD disk and putting all files on HDD disk
0
Failed to move /home directory to a new partition?