I'm trying to setup an ad-hoc (mesh) network on Raspberry Pi 4s running Ubuntu Server 20.04 LTS - through USB dongles. The network does not need to connect to the internet (this is just to form an intranet). From a fresh install, I just add sudo apt-get install xubuntu-desktop and start my setup.

Note: I tried with and without ignoring ipv6 as per this answer.

Note: the netmask is indicated as 24 if I close and reopen the nm-connection-editor. 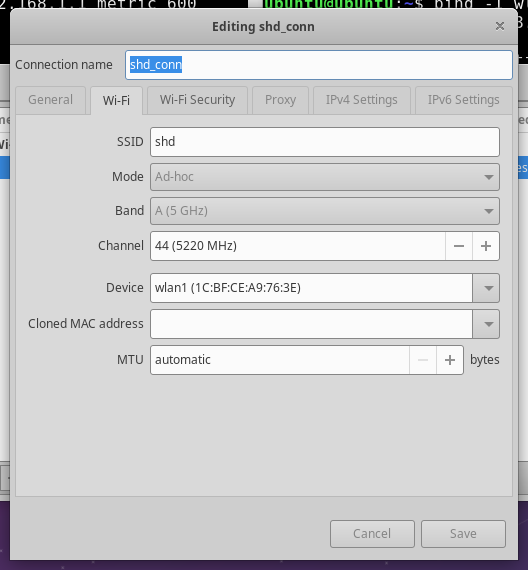 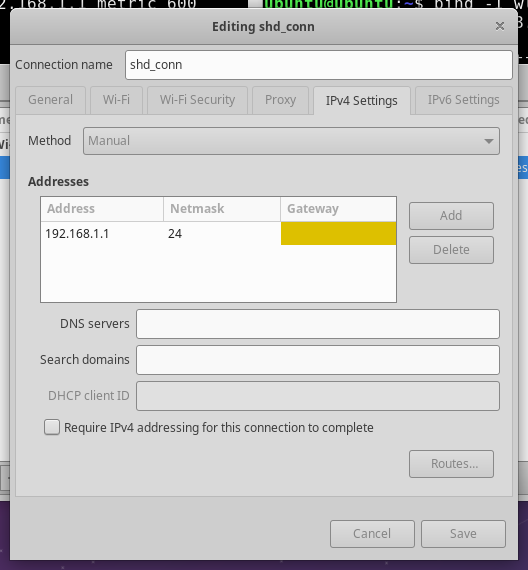 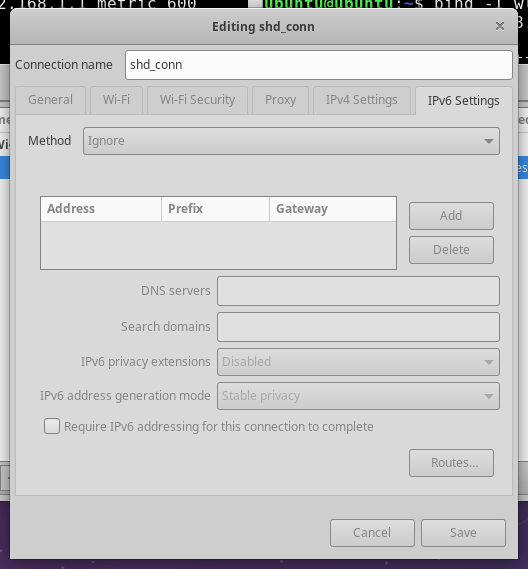 I also tried doing all these steps by making a NetworkManager yaml, but I get the same results.

I can see the network being broadcast, but running a ping command fails - no error message, it just hangs until I ctrl+c and then indicates 100% packet loss.

I'd be happy with any solution that gets two Pis talking to each other via ad-hoc through the dongles, but especially a NetworkManager GUI (as seen) or a netplan because I've looked at them. However, any solution works.

If it turns out the dongles (which use rtl88x2bu drivers) are incompatible with this project, a confirmation that the setup was done correctly would be great so I can track down an rt2x00 dongle as per the wiki.

I found this repo which has a list of 802.11s dongles for mesh networks. I'm not sure what the significance of 802.11s is, but since they put together a list I'm going to try setting some of those dongles up to see if it's a dongle issue or a config issue.

I managed to get different dongles working on Rasbian Buster, namely some rt2800-chipset dongles from this repo. This seems to confirm a chipset issue with the rtl88x2bu dongles.

I can successfully configure the network with the rt2800 dongles using any of the methods found in the my old linked attempts.

In Raspbian they are plug and play, no need to install drivers - but this question was officially for Ubuntu 20.04 LTS so I'll update once I get time to test it out on that.

Not the answer you're looking for? Browse other questions tagged networking wireless network-manager raspberrypi realtek-wireless or ask your own question.

2
Ubuntu will not connect to existing ad-hoc network?
1
how do I get netplan working with a usb wireless dongle?
0
Reliably apply all settings provided by DHCP including NTP servers in Ubuntu 18.04 desktop
1
Configure huawei e3372 4g dongle with Singtel Hi card 3g data on Ubuntu 18.04/Jetson nano project
0
Getting a new usb wifi dongle working, old one still works?