QtCreator not recognizing linked libraries after upgrading Ubuntu to 20.04

I've upgraded from Ubuntu 18.04 to 20.04 and besides some nasty grub issues most things worked out of the box. But my QtCreator (Qt Creator 4.11.0, Based on Qt 5.12.8 (GCC 9.3.0, 64 bit)) is facing problems recognizing included libraries. It's showing thousands of error messages in projects that have worked perfectly fine before the update. The error messages all look like linker error messages. Some examples:

And even some errors in the qt and std libraries:

When I create a new project in QtCreator without changing anything from the default code, it's the same:

I can still build all projects manually, again both cmake and qmake work here. Also, when I have a complete build in the build directory that's set in QtCreator, QtCreator will build my projects, even when I change something. It will still show the errors all over my code and in the issues section, but will build and run anyways, so the build commands should be fine. But when the build directory is empty, it will fail.
How can I approach this problem further?

Same issue here, same solution as @nou. QtCreator 4.11 still relies on clang-8, but on Ubuntu 20.04 apt will install clang-10. The following solved the problem for me:

I had no need to re-install QtCreator.

I am not 100% sure that this is same problem but I solved it by installing clang-8 package. I think problem is that qtcreator code model plugin use libclang1-8 but clang-10 get installed by default.

It seems like Qt Creator 4.15.1 is again conflicting with it's default configured kits.

So I have made a custom one by:

Using this kit cmake and Qmake is working and also missing stl and std paths are fixed. 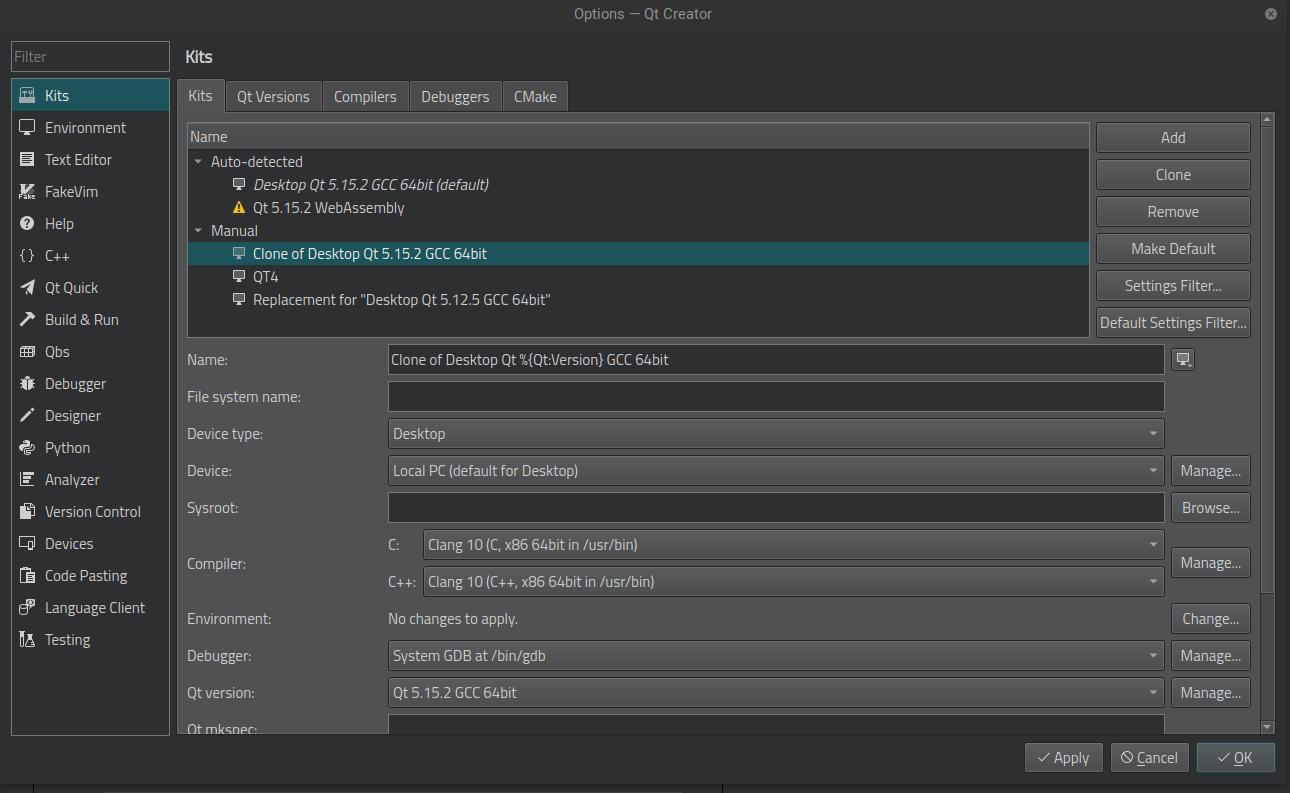 Not the answer you're looking for? Browse other questions tagged gcc c++ qt g++ qt-creator or ask your own question.