I upgraded from Ubuntu 18.04 to 20.04 but desktop files and icons are missing, How do I should solve this problem?

This worked for me:

The problem might be that the installation did not go according to plans, not to worry though! The simplest (and most effective) operation you can do is:

This will automatically install / update / repair all the needed packages for your current version.

I also noted out of the blue, that the contents of ~/Desktop failed to show up on the desktop.

Then I looked in dconf-editor, in org.gnome.shell enabled-extensions: "desktop-icons@csoriano" was in there, as it was supposed to be. Yet the problem persisted.

I do have an additional piece of GUI window, that is called, plainly, Extensions in the apps / activies overview. It's a single window, and looks very similar to Gnome Tweaks' "Extensions" tab UI. Only, this one takes precedence over the one in Tweaks.

I don't know where this Extensions app originates from: whether it's installed on 20.04 by default, or maybe I have obtained it by installing the gnome-shell-extensions package.

I also just upgraded my stable 18.04 to 20.04. Initially I can't even see my initial login prompt and I have forgotten that I installed lightdm and made that the default vice gdm (gnome desktop manager) which is version 3 now (gdm3).

I followed this nice how-to: Switch Display Manager in Ubuntu 20.04

You can have both gdm3 and lightdm installed but one can only be set active.

I have Ubuntu 20.04 (Gnome) and sometimes icons are missing after restart. I use a rather silly solution. I just create a new file, this causes the gnome to load the desktop icons again. ctrl+alt+t to open a terminal, then:

I tried sudo apt install gnome-shell-extension-desktop-icons but it did not work for me because my gnome shell was fully updated, but I just right clicked on the desktop and created a folder then just like that all my icons appeared; hope this helps out.

Open application "Tweaks" and go to Extentions tab. If you do not have one simply install it:

Turn on the Desktop icons checkbox. 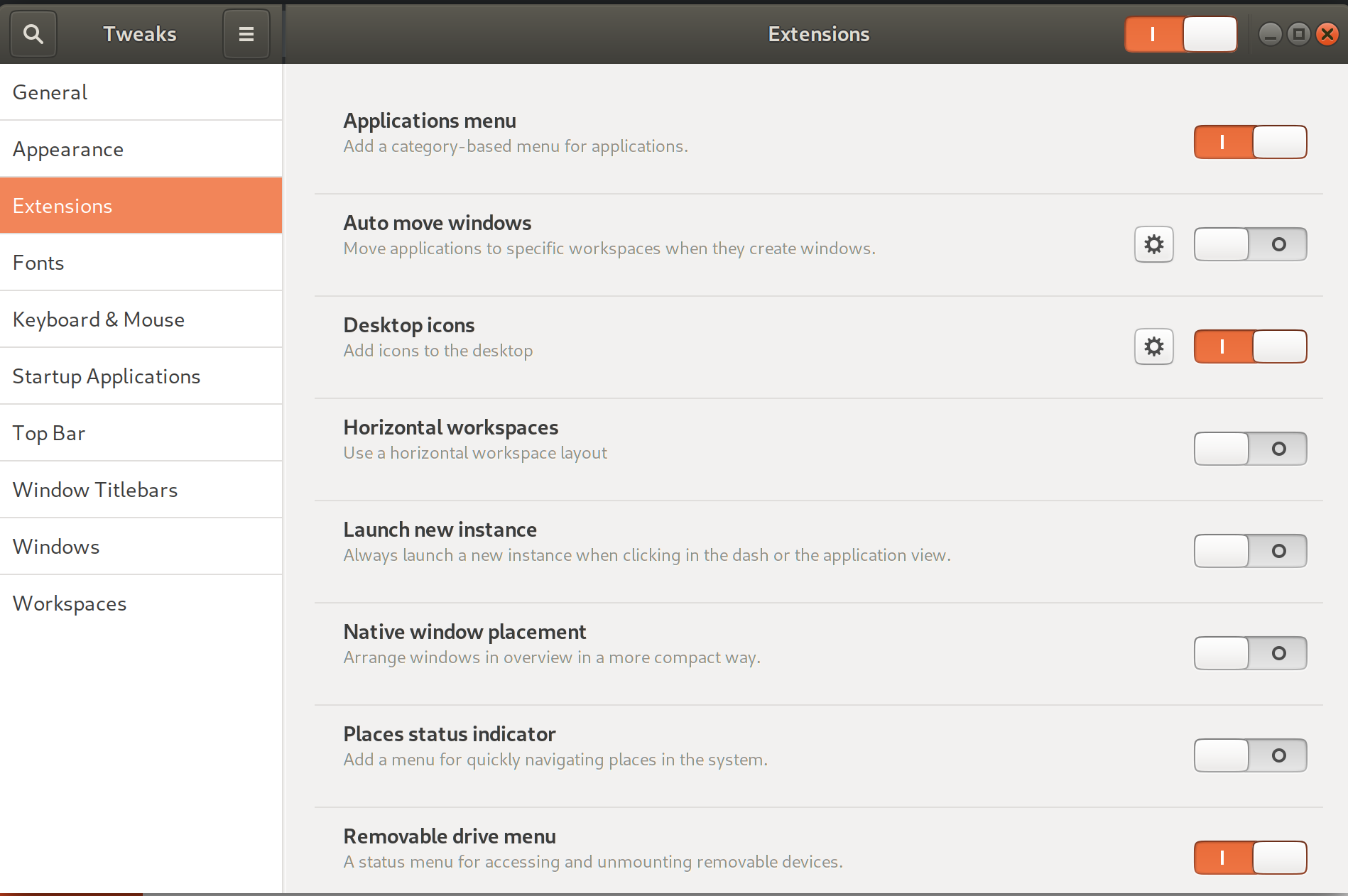 Works immediatelly (no restart is needed). For me it only worked.

Not the answer you're looking for? Browse other questions tagged 18.04 icons 20.04 or ask your own question.