Is the "Final Release" a "Development Release"?

The official Release Notes appear to have been updated recently (as of writing this the last update appears to have taken place on 3rd of June) to include the following statement:

The -d switch is necessary to upgrade from Ubuntu 18.04 LTS as upgrades have not yet been enabled and will only be enabled after the first point release of 20.04 LTS.

This page is the canonical tracking document for the first Focal Fossa point-release (20.04.1). It’s a live document. The Ubuntu release team will be updating it as we work on releasing 20.04.1. […] Upgrades from 18.04 to 20.04.1 are still disabled as we are working through a few upgrade blockers

The answers (so far) do not answer the question. The question is pretty simple. Ubuntu.com points to a "FinalRelease", which turns out to be a "Development Release", see evidence below. I'm not asking how and when to upgrade. I'm pointing out what seems to me to be an apparent inconcistency (in semantics, linguistics, logic) in the way Ubuntu names or labels its releases.

From an answer to the question I'd except someone to pick up and acknowledge this inconsistency. An answer could start with a "Yes, ..." or a "No, ...", for starters.

This question, as I see it, is not a duplicate. Futher, I think it is a question which deserves a non-patronizing answer. Thanks.

https://wiki.ubuntu.com/FocalFossa/ReleaseSchedule indicates that today (23rd April 2020) the new Ubuntu 20.04 LTS is to be released. 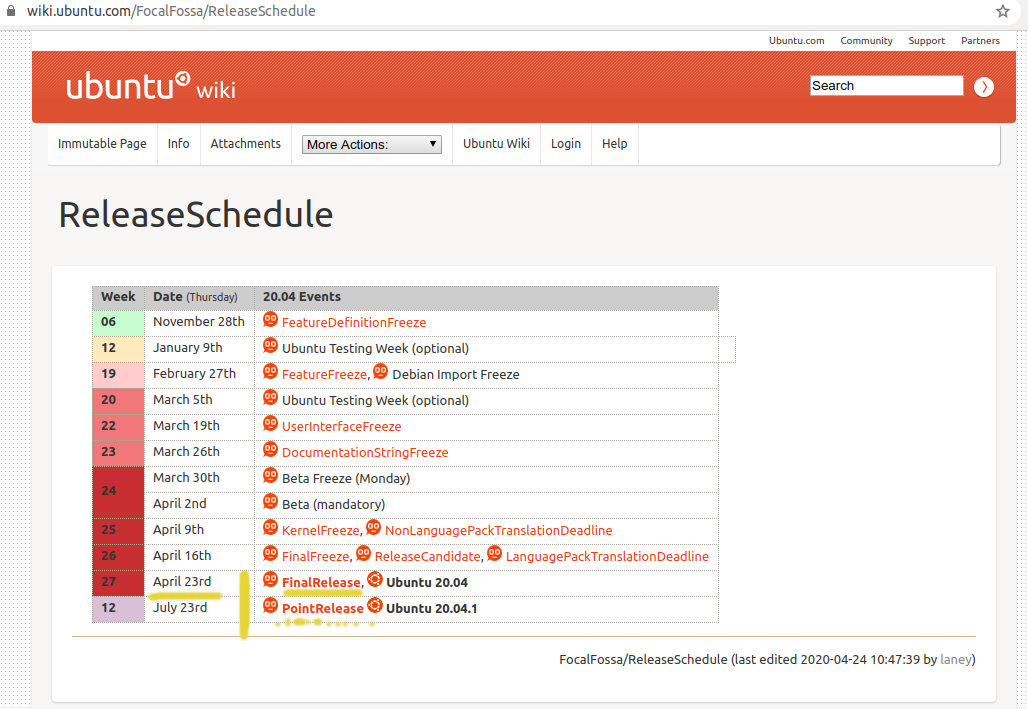 Indeed, it seems that that's what happened, see https://ubuntu.com/download/desktop and https://wiki.ubuntu.com/FocalFossa/ReleaseNotes: 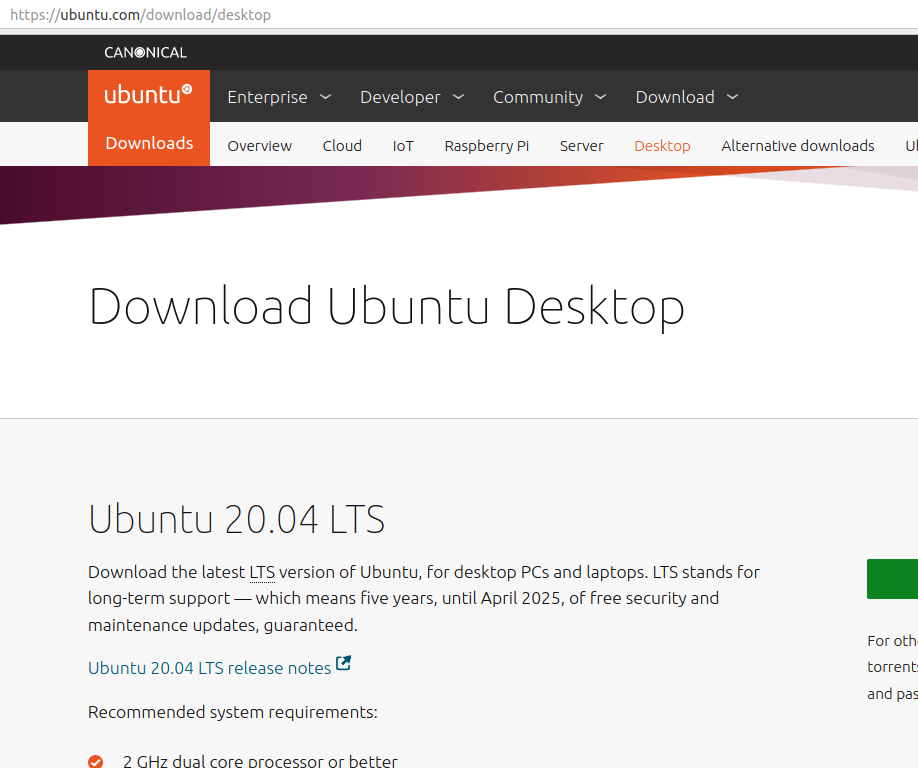 However, when following the instructions to upgrade (from 18.04 LTS to 20.04 LTS) found here and elsewhere (edit: actually in the official release notes, too!), even prior to the July point release, I'm a bit confused to see that the instruction is to use update-manager -d which also points to the "Development Release" (see screenshot below) rather than the "FinalRelease" (see screenshot and link above). 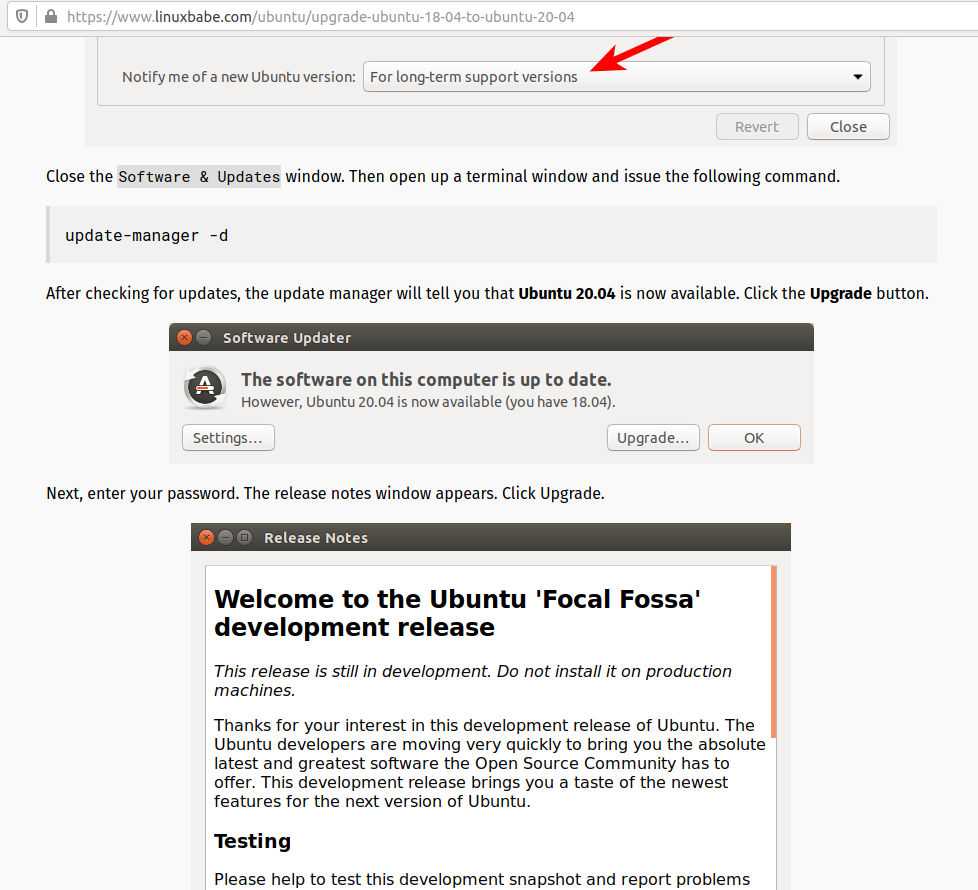 The development release is the pre-release version of Ubuntu. It's the next future release.

Note that the week around a release date does not need to be confusing:

For folks thinking about upgrading to a new release of Ubuntu:

The offical upgrade path from LTS to LTS will be opened after 20.04.1 is released.

To override this, option -d that means "development" is used.

It is a "forced" upgrade, that's why you get the "development release" message.

No, the “Final Release” is not a “Development Release". Rather, the former refers to a clean install of Ubuntu, whereas the latter (here) refers to upgrading an existing Ubuntu installation:

TLDR: Clean-install: apples. Upgrade of an existing installation: oranges. Not the same thing...

Not the answer you're looking for? Browse other questions tagged upgrade updates lts 20.04 or ask your own question.