Recently my /root lvm partition has been running out of space so I extended it by 25 Gb using the lvextend command. There were no errors and I went about my business. See lvdisplay output below.

However, it seems that ubuntu doesn't recognize that the lvm has been extended. I still get the warnings that my disk space will run out in the /root partition. You can see this in the Ubuntu Disk Usage Analyzer, which does not recognize the change. 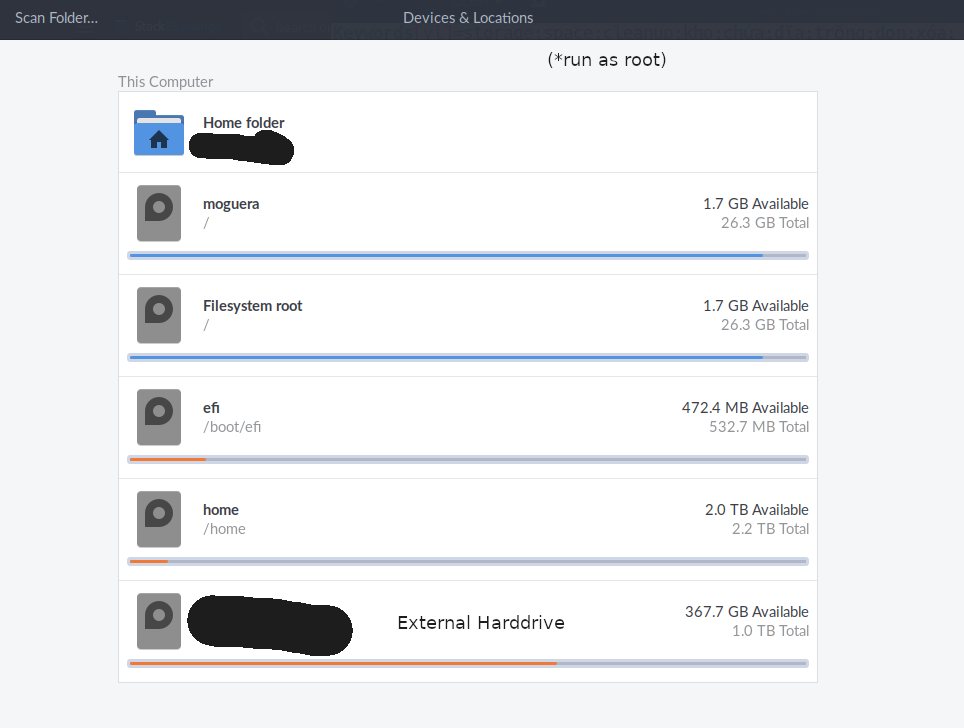 I was worried that I extended the lv without having enough free space, but the vgdisplay command tells me that there is 235 GiB of free space in this volume group.

My question: What's going on here and what can I do to fix this? Why does Ubuntu not recognize the extended logical volume? Is there something that I missed when extending the logical volume?

I think the main problem is that you've resized the volume (the container), but not the filesystem, so the OS can only see the filesystem that already exists, and what it thinks is the space available.

There are two ways of extending a logical volume that contains a filesystem, essentially:

There is a blog post covering how to do this here.

Not the answer you're looking for? Browse other questions tagged partitioning hard-drive lvm or ask your own question.