Is there a way to prevent the cursor from reaching the bottom of the terminal?

It is deeply frustrating trying to read text that appears at the bottom of a window. Whenever I am using a text editor such as Gedit, I pad the bottom of the currently open file with 20 or 40 empty lines to prevent my attention from being forced to the bottom of the window.

Unfortunately, when I am using interactive shells, such as python or bash, the same workaround is not possible.

I want to find a way to control which row the cursor of the Ubuntu terminal sticks to once the previous rows have been filled.

There is a similar question here, but the accepted answer does not address the problem.

Here is an example of two Gedit windows. 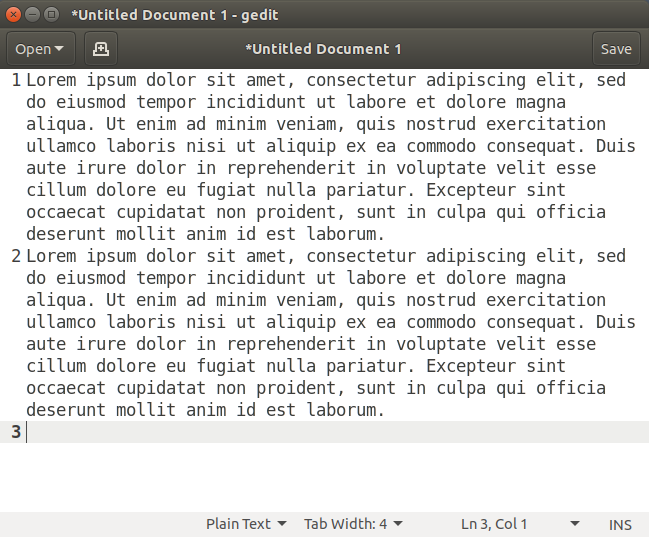 The first screenshot depicts a window that is almost full. One or two more lines and I will have to spend the next hour of work staring at the bottom of the window. 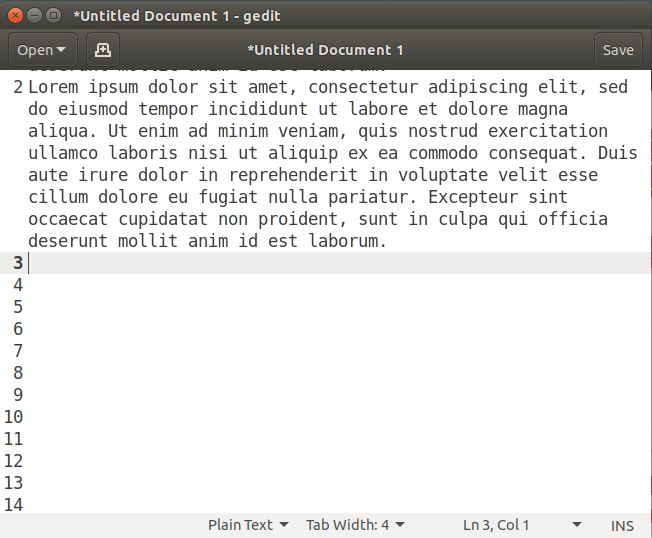 I am looking for a way to achieve a similar effect within the terminal so that whatever shell I'm using does not force my attention to the bottom of the terminal window, but instead allows me to keep my vision comfortably in the window's vertical center.

You can change your terminal prompt so that it echos five carriage returns and then uses an ansi escape sequence to move back up five lines before it finishes the rest of the prompt. If this works for you, you can put it in your .bashrc to make it permanent. Copy and paste this into your terminal :

You could try using tput to change your terminal's scroll region:

If the shell's checkwinsize option is enabled, then $LINES should get updated if the terminal is resized - however in order to re-run the tput csr command when that happens, you will need to capture the SIGWINCH signal. You could add such a trap to your interactive shell initialization file ~/.bashrc as follows:

The second part of the command kill -s WINCH $$ sends an initial SIGWINCH so that the tput csr command gets run when the shell is first invoked as well.

Why not just use the clear command from time to time?

5
Terminal: Scroll past end of line so that last line appears in the middle of the screen
6
Pain in the neck: Is there a way to reverse the vertical direction of gnome-terminal?

5
How do I change the window titles (as used by wmctrl)
13
The fastest way to create a file from a terminal
1
How to run commands from a bash file the way they run from terminal?
15
Add and remove update channels in an easy terminal way
10
Is there a terminal command that changes the terminal window dimensions?
0
Is there a way to enable the ability to move the terminal cursor using the mouse in the CLI?
14
gnome-terminal hides ending characters of the current path's first row
2
How to get all output of system monitor using the command line similar to top command but it doesn't give all the values?
0
How can a bash script running in a window raise/activate its window?