i have installed two Arduino IDE in my Ubuntu one have installed form software application which have problem of accessing to mountable derives of my PC and by this post quid it don't solved:

and another by downloading the application file from Arduino website, which have problem in connecting to usb port like this:

this problem solved by these codes of this instructions:

but in this situation one of my Arduino application can connect to hardware by USB port, but can not connect to mountable drives like this: 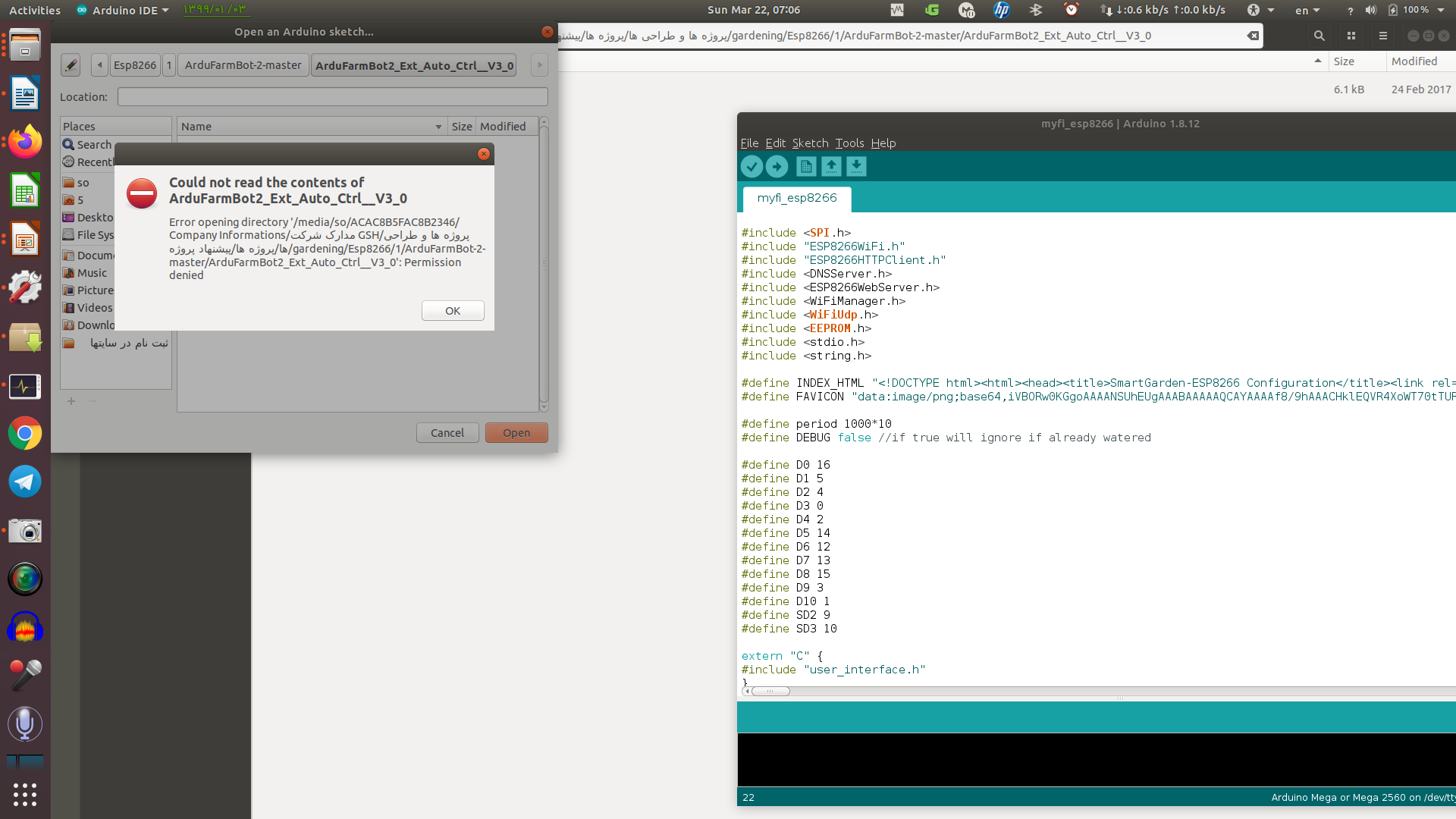 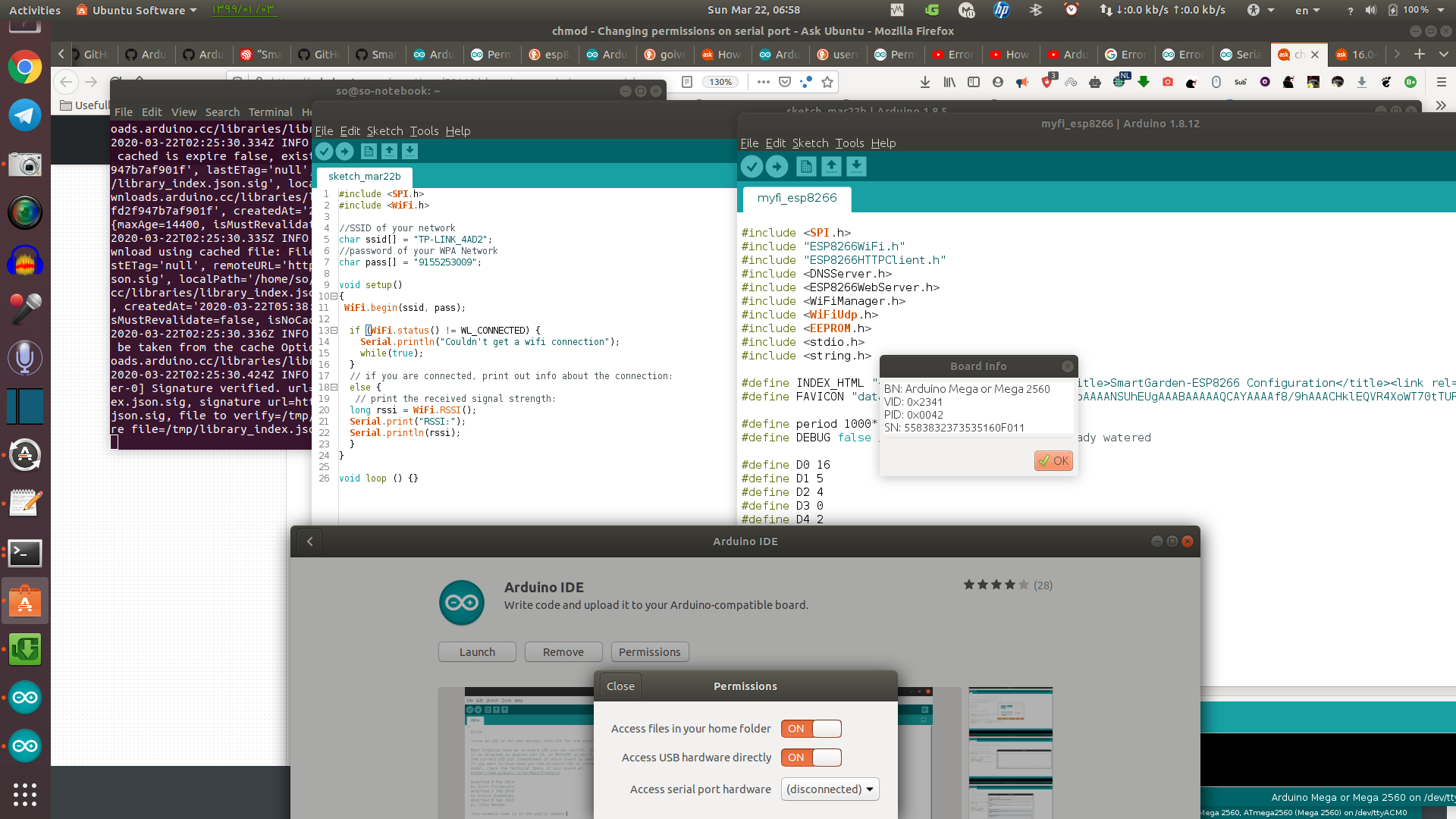 so how can fix it?

Browse other questions tagged usb permissions snap or ask your own question.

2
Cannot make mobile broadband connection in Ubuntu 13.04
8
Access to /dev/ttyUSB0 and sudo
4
/dev/ttyACM0 : Permission denied error
0
Acer 5750G/5755G Perl script requires access to /dev/port
5
Permission for snap applications
8
How to make Arduino (Snap) access serial port /dev/ttyUSB0 (or /dev/ttyACM0)?
0
Arduino over /dev/ttyACM0 recognized but on group tty instead dialout. IDE fails to open the serial console
6
GIMP 2.10 Doesn't Have Permission To Access a USB Drive. Why? How to Resolve? (18.04)
1
How to create an Ubuntu application CD/DVD with autorun?