I am installing OpenCV and even python 3 too. To install python 3, I used the following commands

Later, I messed up linking OpenCV with the installed version of python.So, I thought of deleting python3 and installing it. For that I used the command

I got a long list and when I tried to do

I got an error as

What I want to do is remove the python 3 I installed, but confused and worried about what to do.Because the results show python 3 as well as python 3.6. Would appreciate any help. I have attached a screenshot of the commands and output. 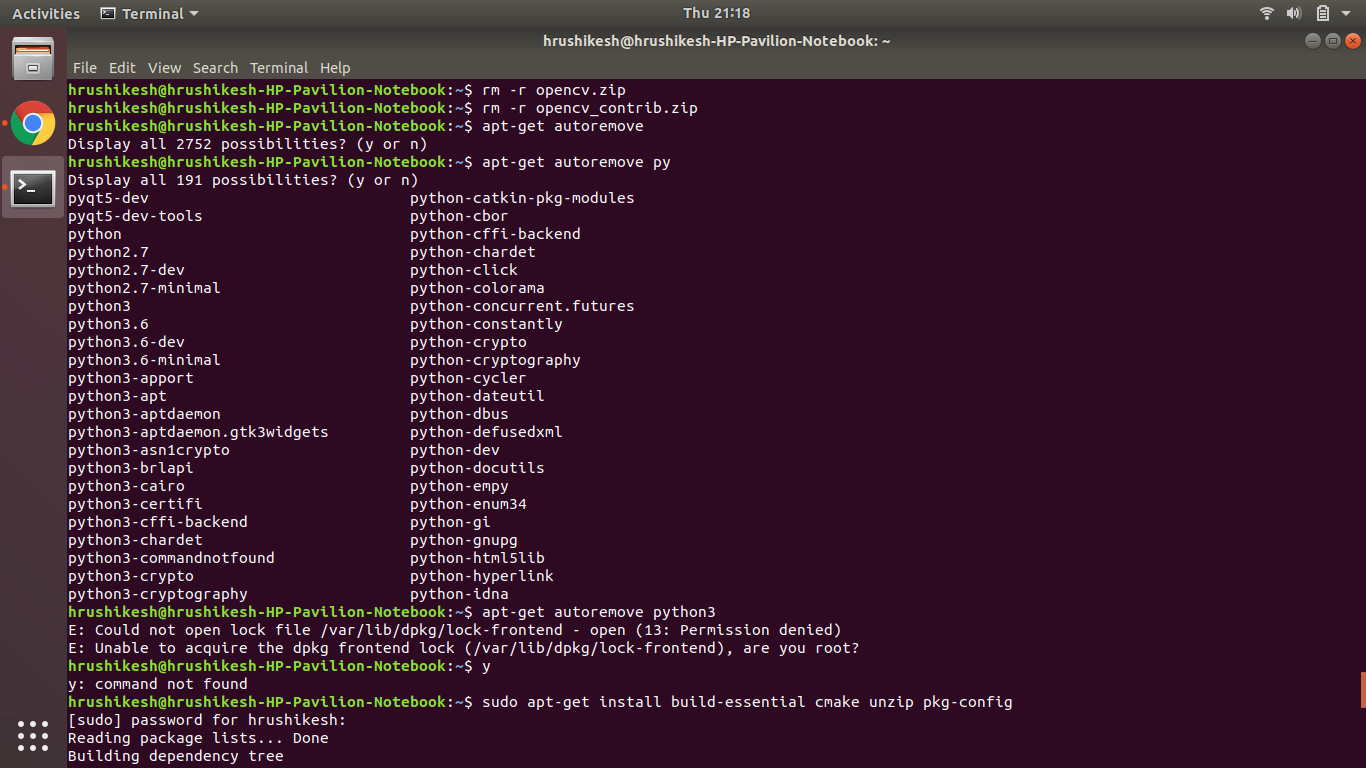 First, you didn't really install Python3. Instead, you installed additional modules to the stock Python3 that came with your system.

Second, DO NOT remove the stock Python3 (and additional components) that came with your Ubuntu system. Essential system services --like apt-- use Python3, Removing all of Python3 will break your system quite horribly.

When you want to run program with python v.3.x just use python3 filename.py It will run with python version you specified. So if you have multiple Python versions installed in your ubuntu system, Specify the version.

Not the answer you're looking for? Browse other questions tagged package-management python or ask your own question.

0
OpenCV is not installing
0
How to upgrade from python 2.7 to the latest version of python
0
Cannot hit the 'OK' button - E: Unable to acquire the dpkg frontend lock - Software center probable issue