Problem not related to Android Studio emulator, happens on virt-manager too. Seems totally related to KVM

So the problem is:

running any KVM emulation inside the guest makes the guest freeze 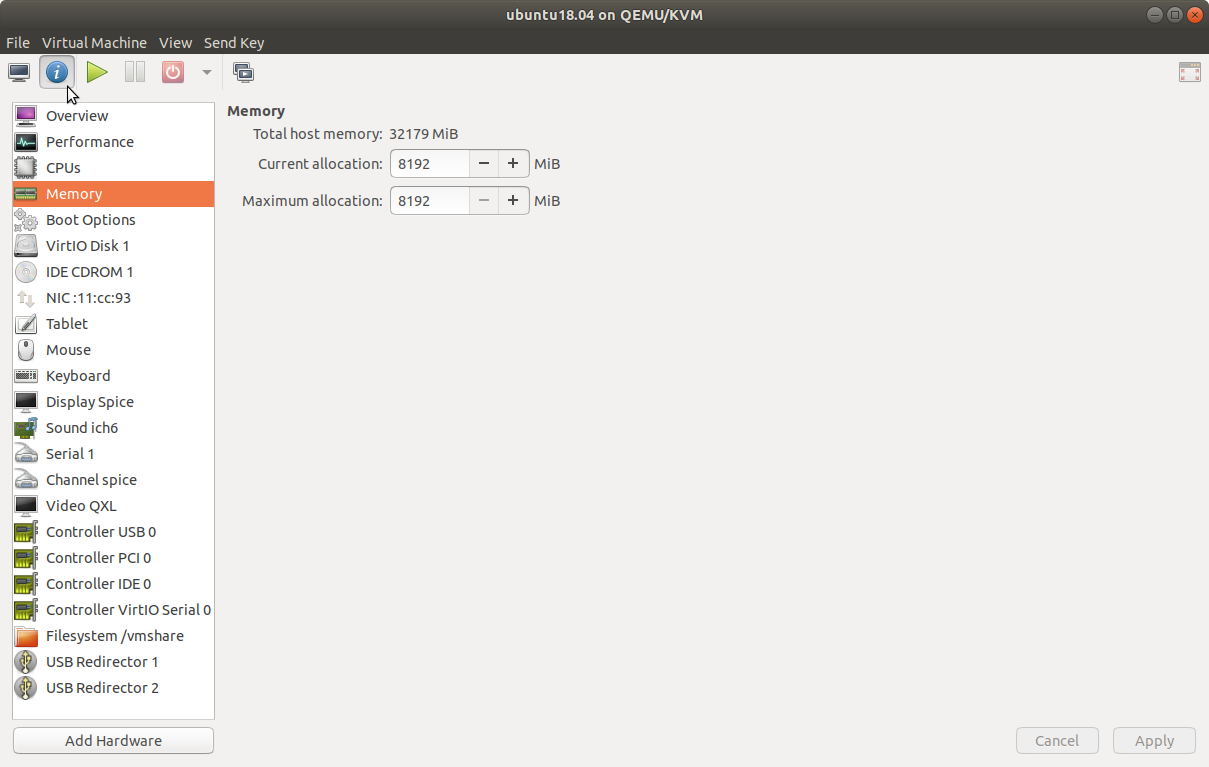 VT-x/AMD-V needs to be enabled to run the Android Emulator which is included with Android Studio in VirtualBox. If your computer's processor supports Intel VT-x or AMD-V hardware-assisted virtualization, there should also be settings to enable it in UEFI/BIOS. Make sure that the appropriate Intel VT-x or AMD-V settings are enabled in UEFI/BIOS. The following two checkboxes should be checked in VirtualBox Settings → System → Acceleration tab. 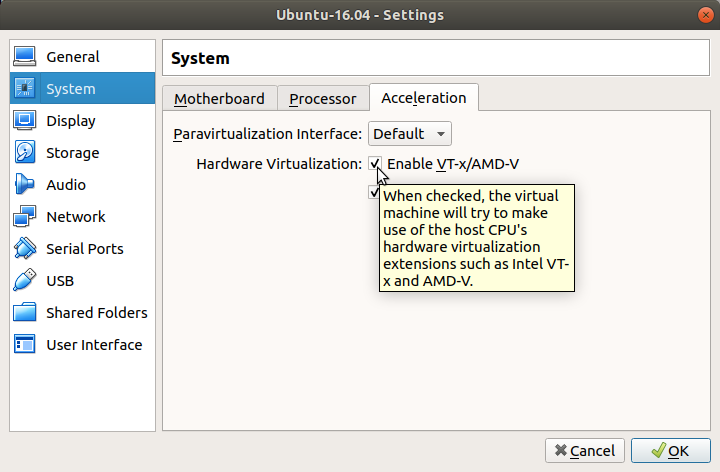 Android Studio is a very feature rich IDE, and you need to give it enough resources in order to use all of its great features. The recommended amount of RAM for running Android Studio Ubuntu is 8GB. As you get deeper into Android Studio you'll find out again and again what a resource hog it is. On a guest OS with only 4GB RAM whenever you run Android Studio's emulator, your guest OS will stop responding. Your guest OS will run smoothly if you add another 4GB RAM making it 8GB. 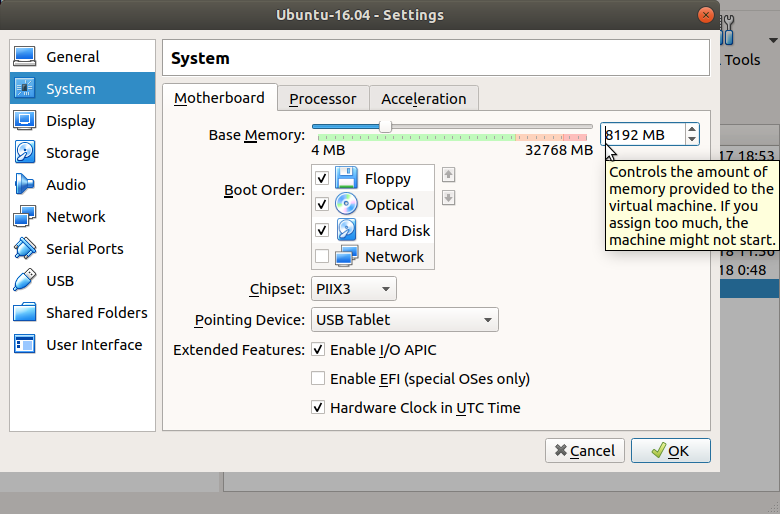 If you assign too much memory to the virtual machine, the machine might not start, so make sure there is enough memory left over for running the physical machine.

A guest OS in VirtualBox can be configured to use up to 256MB video memory. To increase the video memory to 256MB, open the terminal and type: 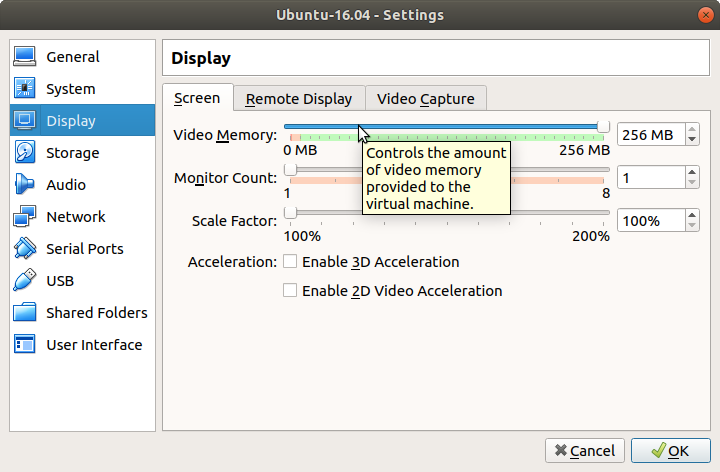 You can also configure the number of processors in VirtualBox Settings → System → Processor tab.

Not the answer you're looking for? Browse other questions tagged virtualization kvm qemu virt-manager or ask your own question.