How to safely move space around partitions between different operating systems

I would like to move some space from a Windows partition (sda2) to a Ubuntu partition (sda5 or sda4?). However, I'm a novice in setting up partitions and the bootloader.

From other questions, I've seen that the partitions can't be mounted when messing with them. For this, people advised using a live USB with Ubuntu or with GParted. People have also mentioned using Windows for resizing its partitions (and disabling fast-startup) and GParted for Ubuntu, afterwards. However, beyond this I don't know much else. I know that stuff can break if the offset of the boot partitions changes and I don't update the bootloader, which I don't know how to do. Do I have to deal with this in this case? I ask this because sda2 and sda4/5 are consecutive. Are there any other caveats I should look out for?

A smaller question I have is why is sda5 alone inside sda4? 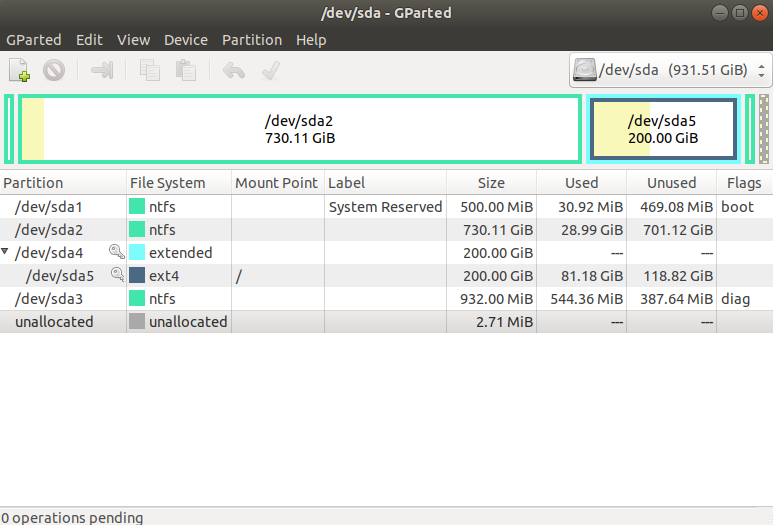 Browse other questions tagged dual-boot partitioning grub2 gparted or ask your own question.

351
How can I repair grub? (How to get Ubuntu back after installing Windows?)
116
How to resize partitions?

1
How to resize Ubuntu partition with unallocated space w/GParted & LiveCD
0
Merging Partitions
0
How to resize ubuntu partition
0
How to enlarge root and home on dual boot?
0
Proper way to remove other operating systems after installing ubuntu?
0
Expanding space of a partition containing bootloader with gparted - how do I move the free space so that it safely can be done?
1
merge 2 partitions (unallocated preceding) without losing data
1
Unable to extend my dual-boot Ubuntu partition