Im using Ubuntu 19.10. and Nvidia driver 435. I tried installing the mate-optimus applet for easy use of Nvidia's offloading feature.

I installed it by using sudo apt install mate-optimus. I got the gnome-tweaks settings for applets activated. I managed to configure the X server and having "NVIDIA-G0" show up, as explained by nvidia here. But until now the Applet doesn't show up. What am I missing?

After I de- an reactivated Gnome extensions and rebootet, the applet did finally show up! But strangely just the Intel-mode or the Nvidia-mode shows and not the On-Demand mode: 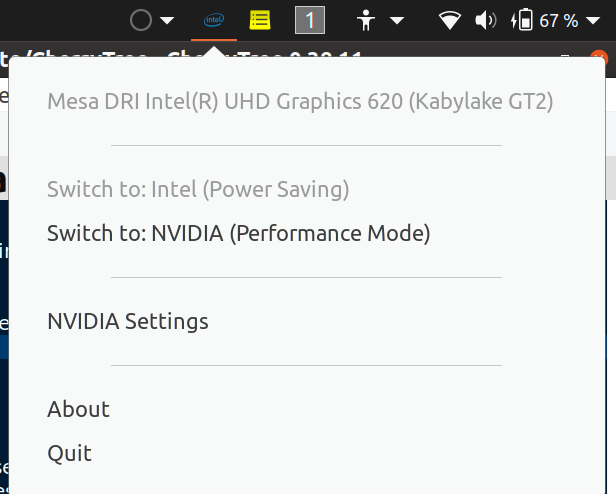 After I manually switched on the On-Demand Mode in the Nvidia settings and rebooted, the applet now does show this option! However, if Im in either Intel or Nvidia mode, then the On-Demand option doesn't show upon reboot - but thats fine, now I know how to let it appear,