How to enable full permissions on internal secondary HDD?

I have a secondary internal HDD formatted to ext4. How can I enable full permissions so that I, other users, and the Samba network can read, write, and execute from the hard drive? Using Ubuntu 19.04.

Problem: Currently on the second hard drive I can access documents and create and delete files in nautilus file manager. But I cannot edit files directly from apps.

For example, if I try to edit a photo in Gimp, I receive an error message that "permission is denied". This applies across all apps. Photo attached.

Current State: Every time I need to use a file or upload to an app (such as the Wordpress gallery), I have to copy the file to my primary OS HDD and use it from there. My current Fstab settings are:

I have read tutorials, videos, and AskUbuntu responses, but I can't seem to make it work.

Desired solution: I would like to be able to use the secondary internal HDD as if it was my main hard drive with full permissions.

A second bonus would be to have all my users on my home network gain full access to the drive as well. 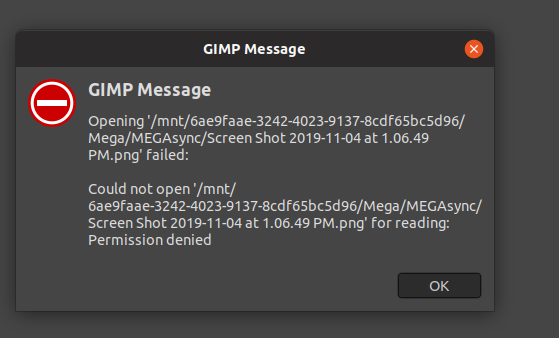 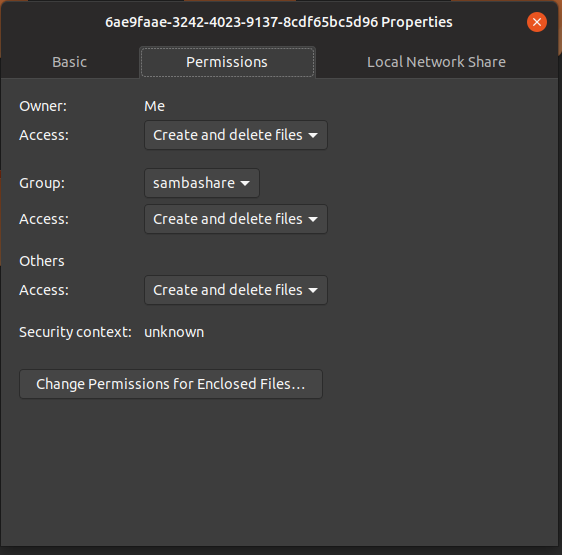 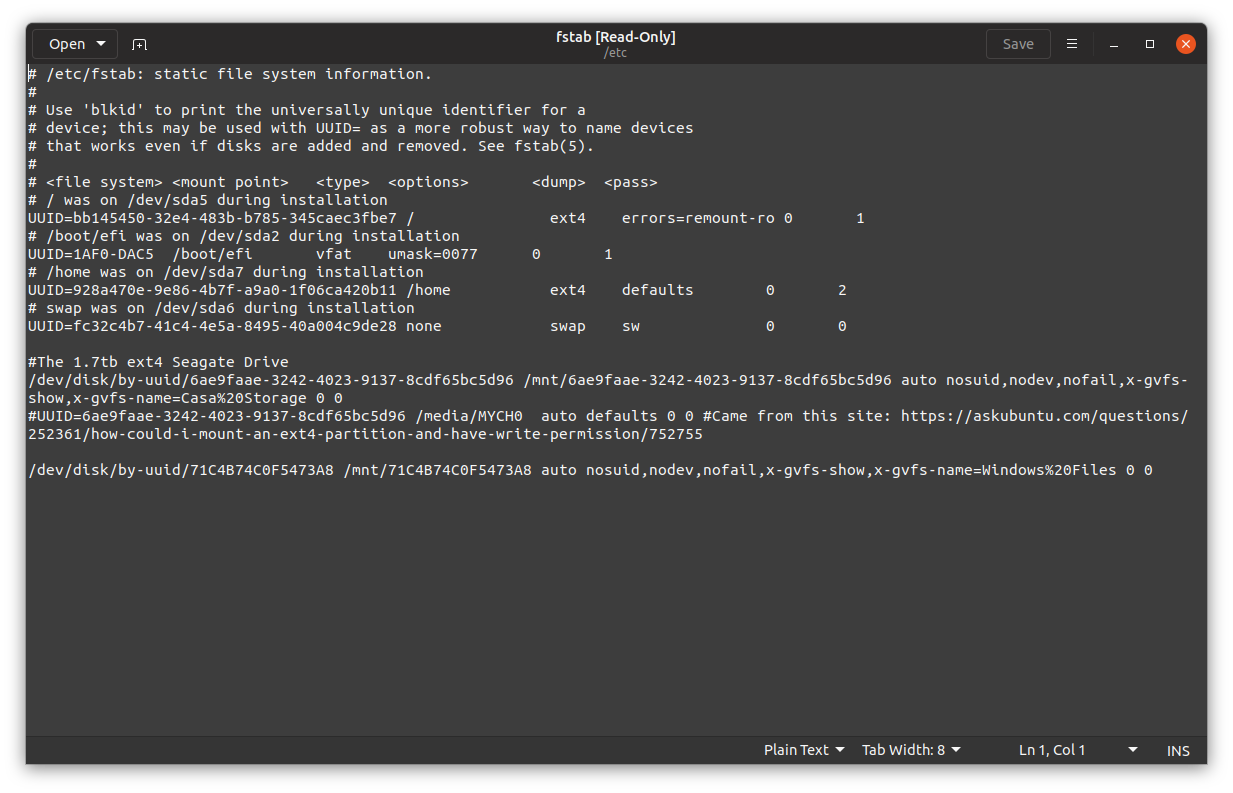 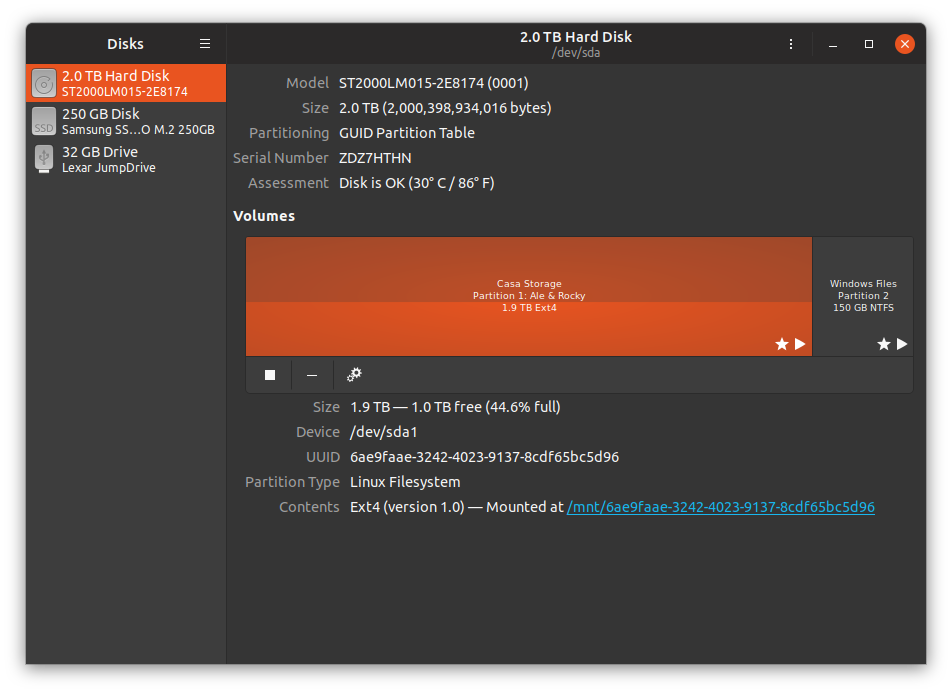 NEWEST SCREENSHOTS Files from the drive are still not accessible by certain applications. While GIMP is one application that can't access the files from the external drive, other programs like VLC can't open the files. I also can't upload to the Wordpress gallery in a web browser. It's mysterious, but hopefully there's an answer out there. 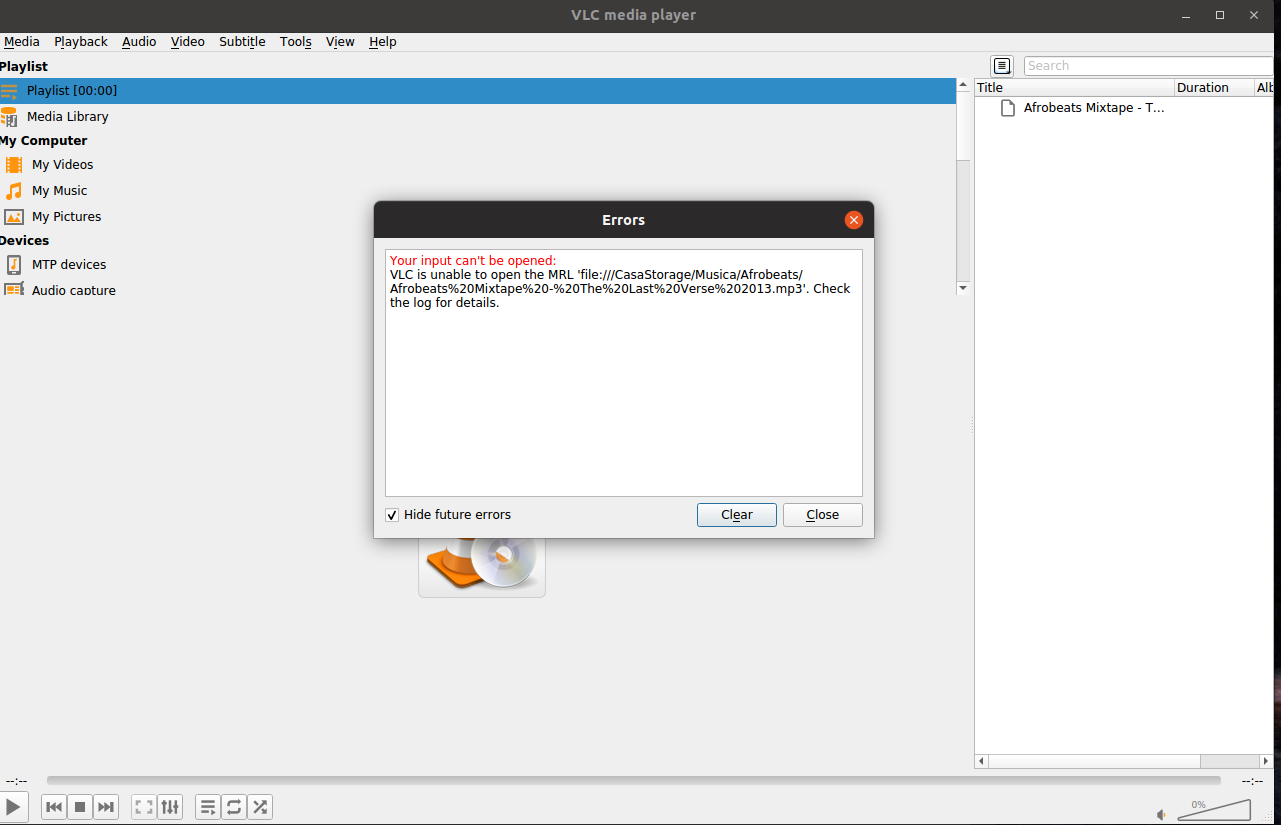 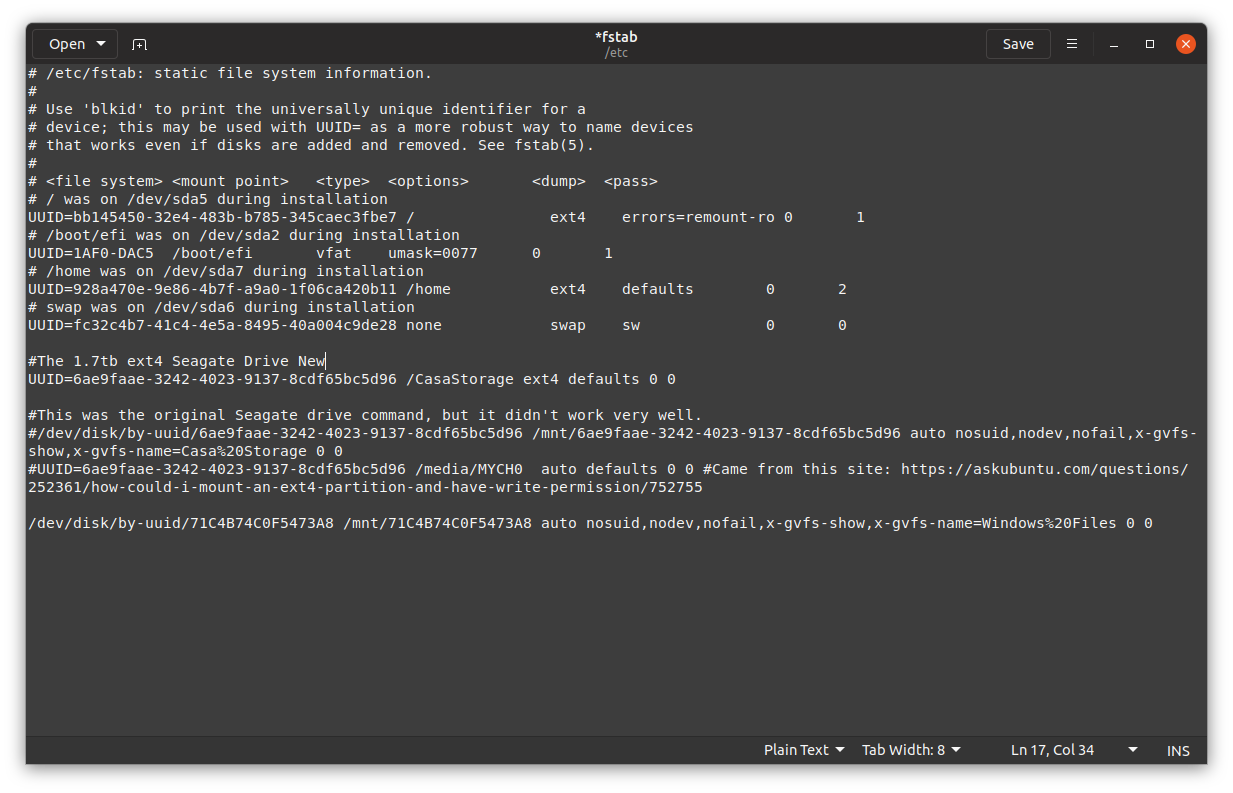 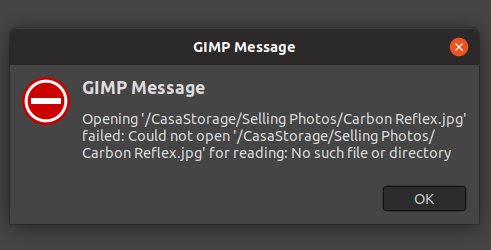 Your second hard drive's mount-point seems a bit weird to me. Here is the way to fix it. This involves:

Simply put, a mount-point is a an empty folder where the drive will be mounted. For a permanently attached hard drive that is going to be mounted automtically when the system boots, I like to create the mount-point at the root of the system folder /, such as /bigdrive. Other popular choices are mount-points /mnt/bigdrive or /media/bigdrive. See Why have both /mnt and /media?

The tradition of mounting partitions (of hard drive) as a sub-folder of /mnt/ comes from the days when one needed to manually mount the tape drives that were then attached to the system. This involved lifting a roll of magnetic tape and mounting it on a peg inside a cabinet sized computer:

The mount-point that are sub-folders of /media/ are usually automatically generated when an external drive, usually USB drive is attached in modern Ubuntu computers.

Open a terminal by pressing Ctrl+Alt+T and enter: 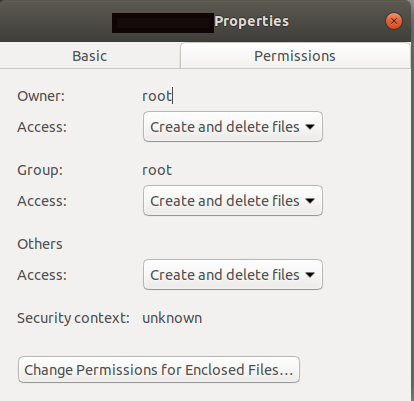 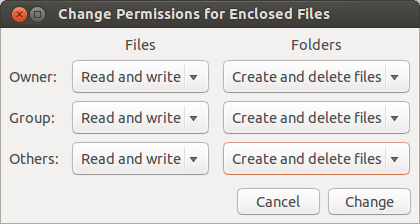 Let us make a copy of the original fstab file before we start editing:

To edit the /etc/fstab I use nano:

Comment out the existing lines related to the internal big drive by putting a # at the beginning of the line like this:

Note: the UUID is unique to each partition. So everyone should use the correct UUID for their own hardware. Do not copy it from here.

Press Ctrl+O followed by Enter to save the file and Ctrl+X to exit nano.

The following steps will unmount the drive from its old mount-point:

You can type the first 2 or three numbers and letters of the long file name and press Tab in the terminal to auto-complete the rest of the name.

Then mount it at the new mount-point with the new options set in the /etc/fstab:

If all goes well you should find the existing files and folders inside /bigdrive.

Step 1 Open Nautilus normally and navigate to / from + Other Locations on the left pane. Right click the /bigdrive folder icon and choose "Properties" and click on the "Local Network Share" tab: 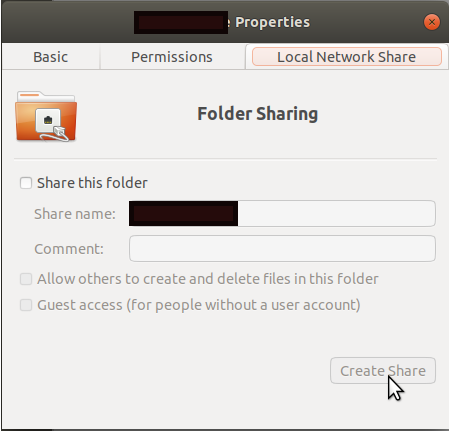 The "Guest Access" check box is self explanatory. This may be useful if your Windows userID is not exactly the same as your Ubuntu user ID.

It may tell you Sharing service is not installed:

Click "Install Service" and let it install the software by providing the password when it prompts. You may be prompted to install more software like libpam-smbpass. Install all the software. It will ask you to restart services and click Yes.

Step 2. Go to the permissions tab and make sure it looks like this:

Now you should be able to edit files created in Ubuntu in the /bigdrive folder.

However, if you create a file in a Windows computer and put it in this folder using Samba you may not be able to open that file when you get back to this computer. This is because Windows and Ubuntu do not understand each other's file ownership and permissions. So in the Ubuntu laptop, the file created by Windows is owned by "Nobody". You will have to open Nautilus as Administrator and change the ownership and read-write permissions while in the laptop.

Step 3. Go to the Windows on the other computer and open Windows Explorer, Click on the triangle next to Network on the left panel. From the drop-down list you should be able to select the name of the computer running Ubuntu with /bigdrive.

Now you should be able to see your shared folder (say "BigDrive") from this Ubuntu computer in the Windows Explorer. Click on "bigdrive" folder and see the files in the folder. You should be able to copy files from the Public folder in Ubuntu to your Windows local folder.

Here is a step by step guide with some more details.

The Samba section of the answer is based on this answer. Read the whole answer for network file sharing using sftp if your network consists of only Ubuntu computers and now Windows.

0
Running SSD + HDD but the HDD is read only or corrupt
148
Why have both /mnt and /media?
61
How do I start Nautilus as root?
84
How to share files through the local network?
0
1TB Secondary Hard Drive keep unmounting when reboot or log out Kubuntu 22.10
0
How to enable snap app permissions to read files on a secondary HDD?