App to make a video from photos?

I was wondering what could be a good app (with a GUI ;) ) for making a video from a bunch of photos or images, to create a time-lapse video, or a stop-motion animation, or even a video like this one.

The idea is to set a really small time between each photo, but also to be able to change this time every so often, or add some effects, to make the succession smoother in particular.

What would be perfect is a function that allows automatic cropping of the photos as well as exposure adjustment so they all have the same background and so the time-lapse video looks smoother.

I know about the slide show app "Imagination" but the interval can not go under one second.

Edit: here is my progress, also thanks to the first answer:

ffDiaporama Movie Creator seems to be another excellent option for your needs.

ffDiaporama is an application for creating video sequences consisting of

The following options are available:

Here are a couple of screenshots from my desktop: 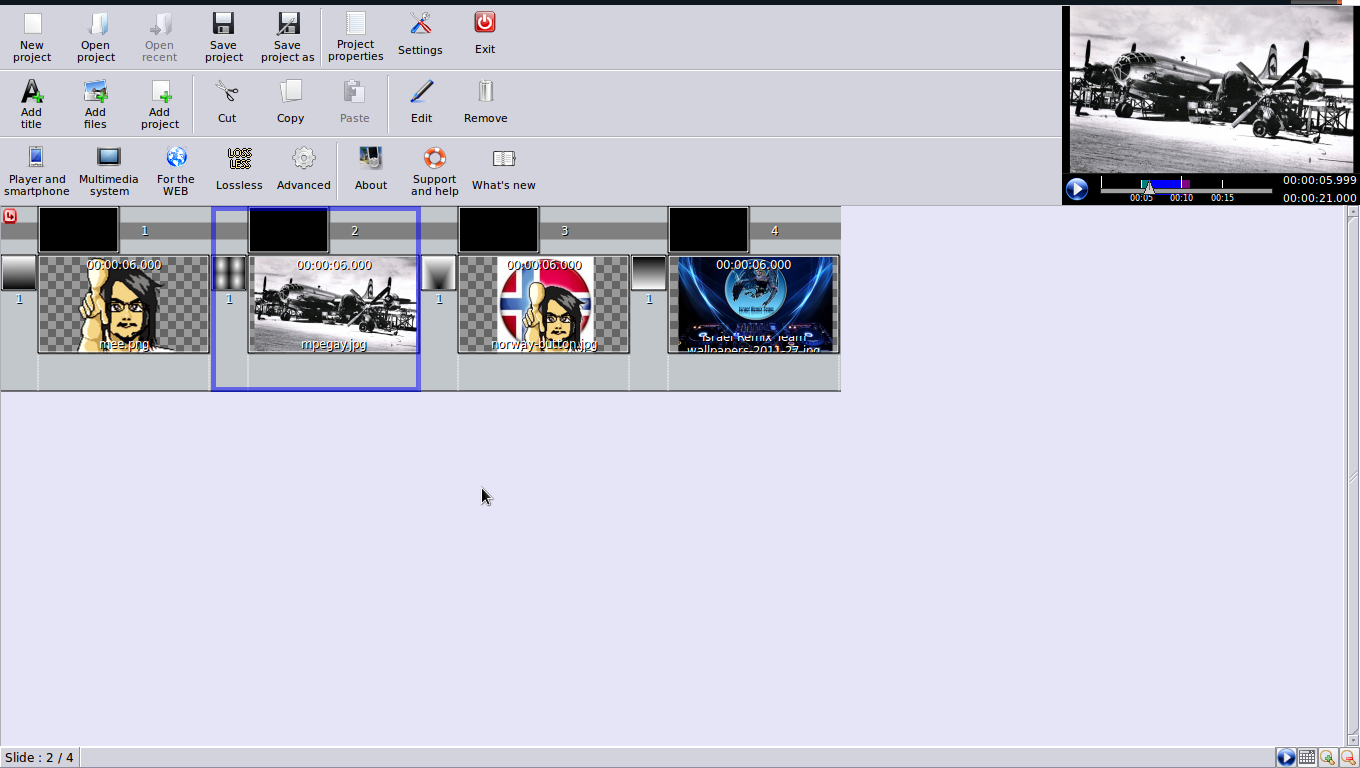 This is the main GUI with the timeline and all the toolbars shown. 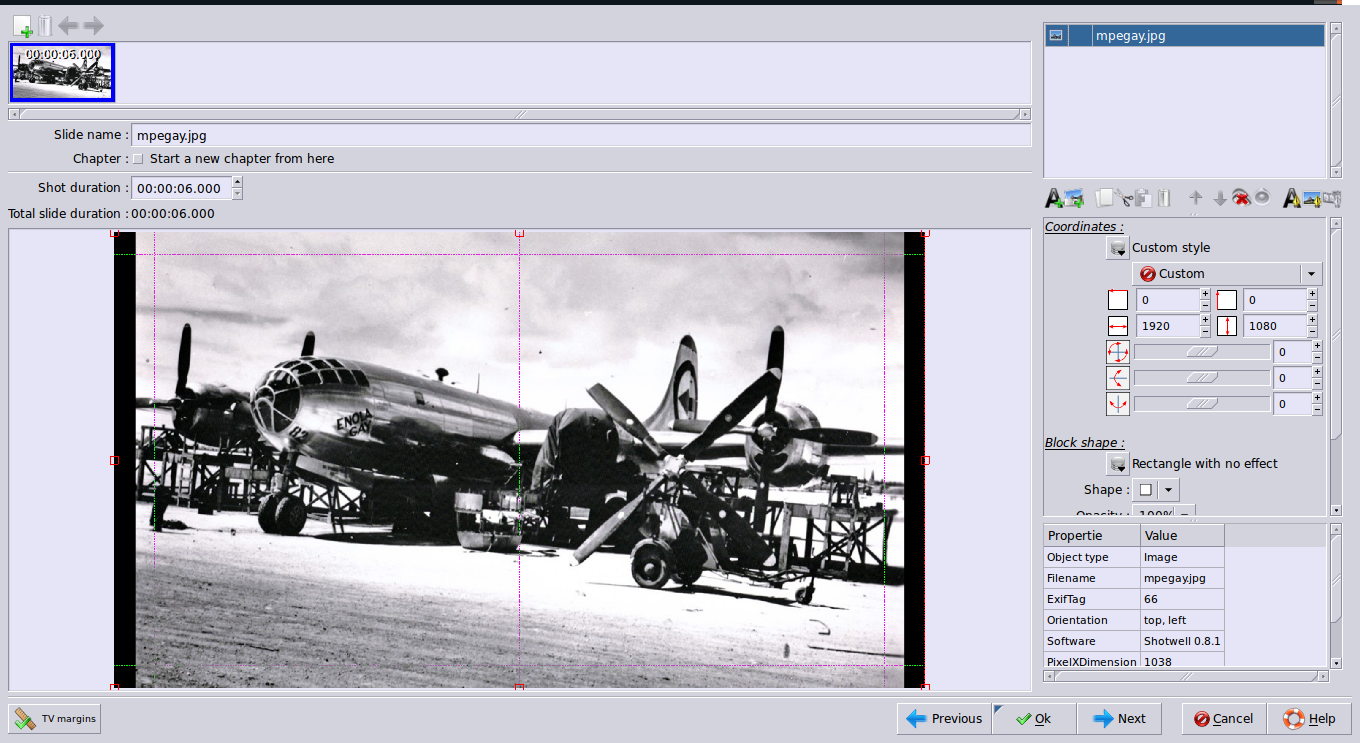 This is the "Slide Properties" Window, on which you can define certain parameters, such as the slide duration, pan, crop and other properties. You can access this feature by double-clicking on the slide when in the timeline.

You may also wish to take a look at this answer: https://askubuntu.com/a/124848/9598 on which I explain a way to do some pro-style videos with kdenlive

Another option is OpenShot video editor. It is in the repositories. 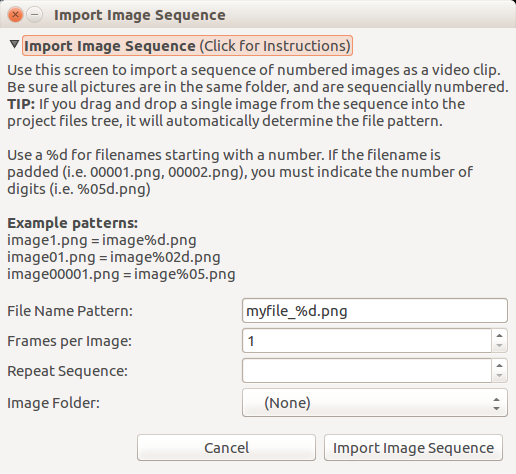 Not the answer you're looking for? Browse other questions tagged software-recommendation video-editor photo slideshow or ask your own question.

5
Software to add images to video?

28
How Do I Print Photos?
4
Please suggest an application to convert photos to video
0
How to make lyrical music video?
7
Moving photos from iphone to ubuntu
4
How to crop and merge .ogv videos?
4
How to make a time-lapse video from a batch of photos
5
Is there any Software to add watermark to photos in bulk?