I would like to use the top-row F-keys as keyboard shortcuts in various end-user applications (Firefox, CLion, etc), but whenever I press any of them, something in the gnome/X11 stack (I assume) is intercepting them and interpreting them as "media" keys. Such F-row keypresses are not delivered to any application, as far as I can tell.

For example, if I press F5, I'd like Firefox to reload the current webpage, or CLion to trigger a build, but instead, the only thing that happens is that the following giant icon is overlaid on the screen: 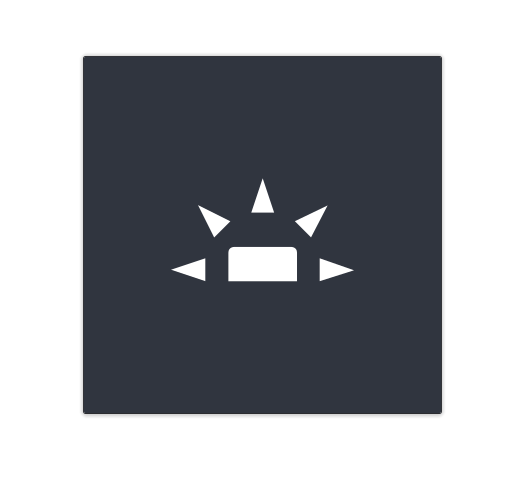 I've played around with gnome-tweaks and the settings app, to no avail. I've also looked around in dconf-editor, but I'm not familiar with it and haven't changed anything in there because I don't know what I'm doing.

I've done a lot of searching, but the only hits I've gotten seem to be from people whose media aren't working (and they want them to be working). To be clear, I want to disable media keys entirely.

Does anyone know how to do this? Thanks!

Yes, these keys are a little different. They might report a single key code or multiple key codes when pressed with other keys like Fn for example. Furthermore, it is oftentimes difficult to identify their key codes with utilities like xev. This depends on the keyboard's manufacture's configuration.

How to disable/reconfigure keyboard multimedia keys?

The easiest method is to edit the XKB configuration file like so:

If the keyboard multimedia keys are configured by the manufacturer to report a single key code, the above solution might disable them and leave the keys free to be used for other purposes.

If, however, this is not the case, then you will need to deal with xmodmap.

The xmodmap method is a little different and you cannot just disable multimedia keys using this method and assign them to nothing like so xmodmap -e 'keycode Number =' because this, oftentimes, will render them unusable so you will need to reassign them to the desired functions. You will also need to put in action some mechanism to maintain your changes between reboots and logouts/logins.

To implement this method, please follow the steps below:

The above line, for example, shows that the key with code number 232 is currently configured to trigger XF86MonBrightnessDown which will decrease the monitor's brightness and you can change this behavior by assigning a different value to it like so xmodmap -e 'keycode 232 = New_Value'. For example to assign the F11 functionality to this multimedia key, please run the following command in the terminal:

Notice: It might be helpful to run the acpi_listen command in the terminal and monitor the output as you press the actual physical key then compare it to the output you got from xmodmap -pke so that you confirm the key code is for the one you want. You can also try the xev utility but, unfortunately it will not always return a key code when dealing with multimedia or vendor specific keys.

To preserve the change after reboots and logouts/logins, you will need to do the following:

For posterity, here is the shell script with the xmodmap commands needed to map keycodes to keys for this situation:

I determined the keycodes using xev as described in this answer. Note that the Apple Aluminum keyboard has F keys all the way to F19 (!), which are not covered in the script above because I don't really use them. It ought to be possible to use xev to determine what the keycodes for those keys are and add them to the script (if needed).