I rarely post a question because I tend to get obsessed with trying to figure things out on my own, but today I am really stuck.... and I've had a long week and my brain is dead...

anyways, I am trying to load a var that draws a horizontal straight line the length of my console.

I've tried drawing the line a couple of ways:

The '⎼' is not an underscore, the char sits a little higher than the underscore ie: ⎼_

both commands draws the line, and when I assign it to a var like: HORZLINE=$(printf '⎼%.s' $(seq 1 $COLUMNS)

and then call $HORZLINE, it also draws the line.

The var loads, but the whole line doesn't load. Only one char is loaded. So when I try:

AFTER the terminal boots, if I source the .bashrc file again, the variable loads properly and draws the whole line.

Anyone have any ideas as to what I am doing wrong, or what is going on?

I just wanted to give you guys a heads up and update this for anyone out there experiencing the same problem..

All I had to do to fix the problem was to enable force_color_prompt (uncomment it in .bashrc)

Here's a screen shot of my prompt not loading correctly:

and here is what it is supposed to look like:

I feel so stupid. I spent so long trying all these different things, when I should have just looked at the bashrc.

But just so you know, I didn't even think about the force_color_prompt because the terminal was doing some wierd things, like: 1. if I launched mate-terminal, the prompt loaded correctly 2. I re-launch xterm, and NOTHING 3. Messed around with the preferences in xterm, changed the font, launch the terminal again, and it stopped working. BUT if I changed the font back to systems default, it would work again.

So I was messing around with xterm's setting, which if you've had experience with, isn't so easy.

Thanks for all your help.

The issue is that even when checkwinsize is set, the $COLUMNS variable doesn't get set until a SIGWINCH signal is received.

I'm not sure if it's the right way to do it, but this seems to work for me:

[EDIT: you don't need -e since there are no escape sequences in the string.]

This doesn't directly solve your problem but in my ~/.bashrc I print a horizontal line in between each command: 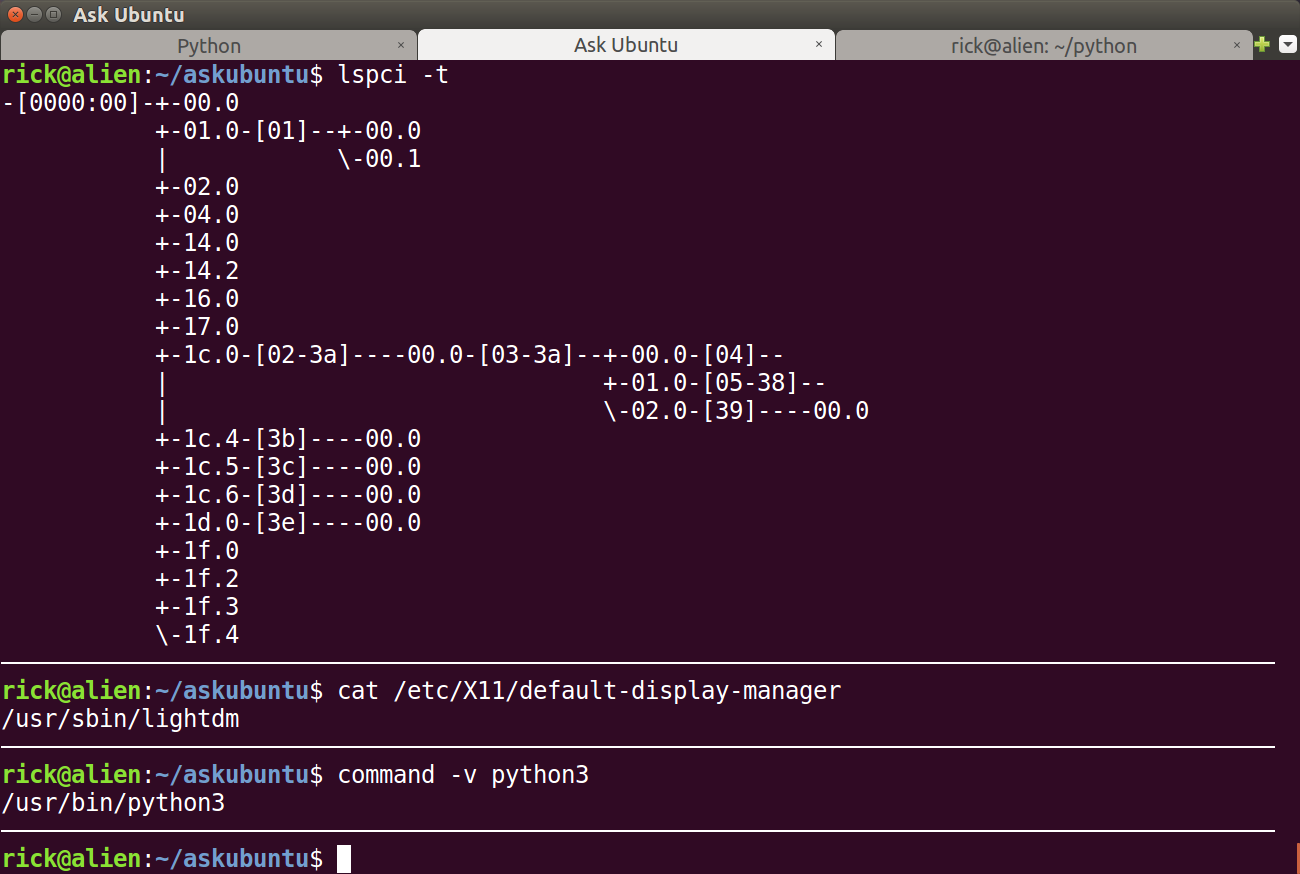 This is accomplished by setting $PS1 in ~/.bashrc:

Note: if you change the width of the gnome-terminal windows you need to resource .bashrc with the command . ~/.bashrc to get the dividing line resized in the command prompt.

like I added to my question, the issue was because I didn't have force_color_prompt enabled in .bashrc.

once I uncommented the line, the variables loaded properly.

From the bash man page for COLUMNS,
Automatically set if the checkwinsize option is enabled or in an interactive shell upon receipt of a SIGWINCH.
So the key is "interactive shell". At a terminal type:
printf '⎼%.s' $(seq 1 $COLUMNS)
You get the line.

bash -i myline
You get the line again with the explicit "-i" to force an interactive shell.

Not the answer you're looking for? Browse other questions tagged bash scripts environment-variables bashrc or ask your own question.

2
Why is top breaking history-search-backward in bash?
0
unable to type commands in terminal
2
installing a script in $PATH
5
.bashrc edit messes up terminal command arrow-up history print
1
how to configure terminal in a text boot?
8
Which files are sourced when using su -c?
1
lowercase “a” not working in gnome-terminal but works in xterm?
198
Why does “(base)” appear in front of my terminal prompt?
1
Local mail is (almost) never checked in gnome-terminal, how can I change that?