I tried multiple themes, and installed them using pling store. All of them are supposedly compatible with gtk3, which apparently is the one I have installed

Al the themes I tried are compatible with my GTK (Nord theme for example) https://www.xfce-look.org/p/1267246/

But the theme looks wrong, there are no buttons (minimize, expand...), and the font looks weird: 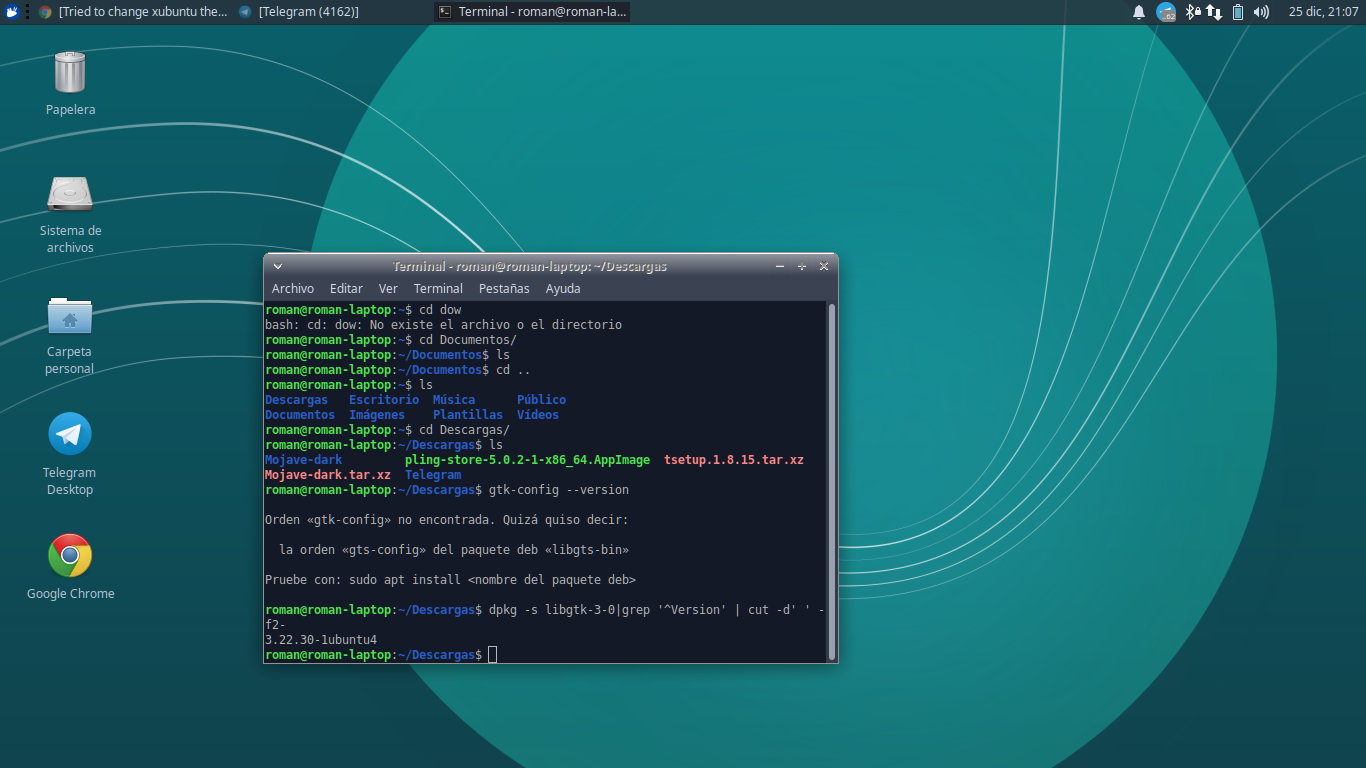 The theme is installed in ~/.themes and I gave 777 perms to the whole directory.

Tried restarting the PC and it won't work anyway. The Summarizing the only stuff that changed when I changed the theme was that now the console is dark, but nothing else. And now the "title" of the console looks broken too.

What's the issue there? I put the Nord there as an example, but none of them works.

I think I understand your issue.

I downloaded Nordic.tar.xz from https://www.xfce-look.org/p/1267246/ and copied the Nordic folder over to ~/.themes.

Now, you need to do two things: 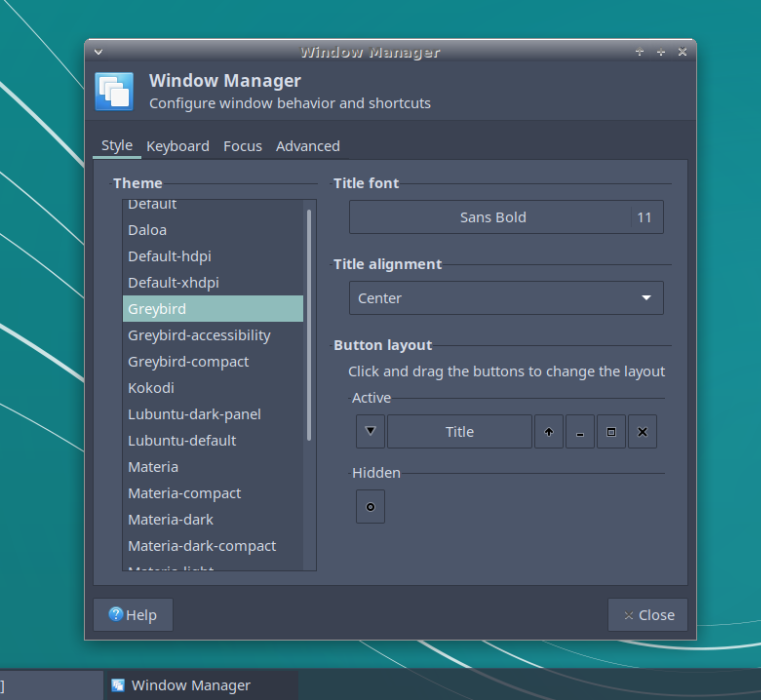 This next image uses Nordic for both: 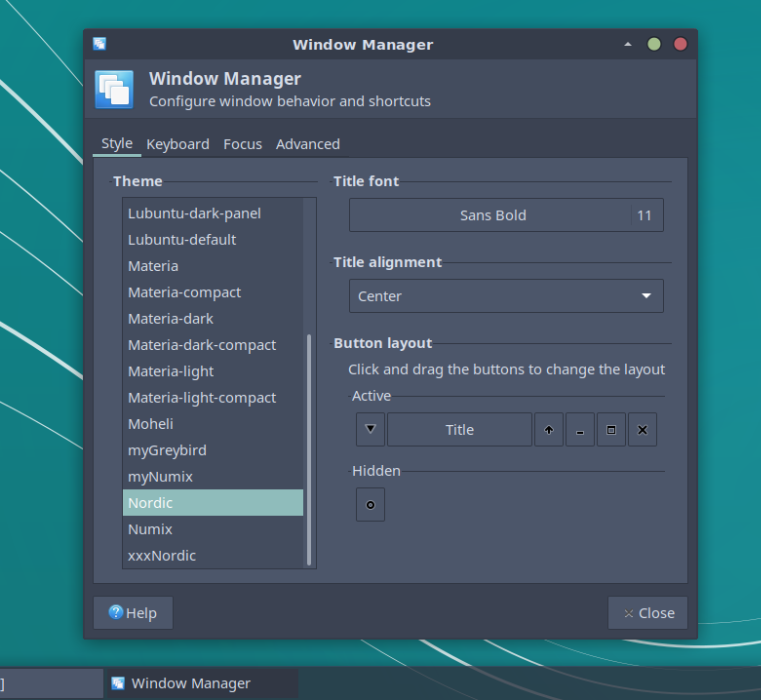 In short, Xubuntu allows you to use the GTK theme from one theme and the window manager theme from something else. But, for consistency, it maybe appropriate to use all the theme components from one theme.

Not the answer you're looking for? Browse other questions tagged xubuntu themes gtk or ask your own question.