How do I disable the chameleon effect in notifications and the Unity launcher?

Is there a way to stop the new unity feature that changes the colour of the launcher and notifications that matches them to the wallpaper?

The chameleon effect can be removed from the notifications but it is quite an involved process involving installing an older version of the notify-osd package, a comprehensive guide can be found here: https://askubuntu.com/a/128508/40955 then the notifications will be the same dark colour as they were in 11.10 (or you can choose a custom colour)

The instructions below currently do not work, due to Bug #975350

You can force the launcher to stay one colour and not change to imitate the wallpaper colour by installing the MyUnity tweaking tool from the Ubuntu Software Centre. 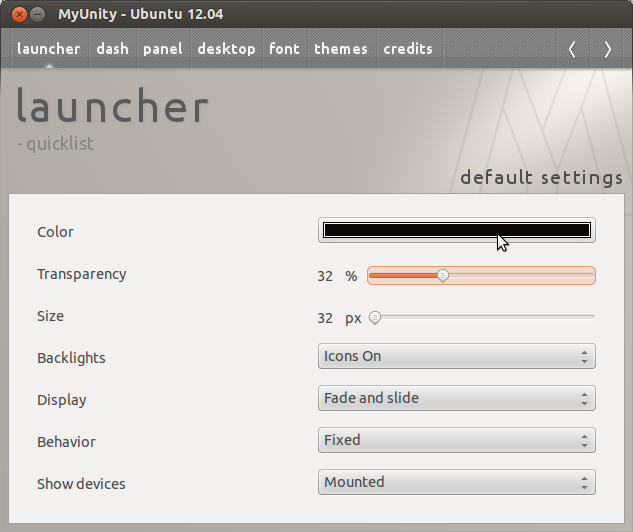 Select your preferred colour from the colour wheel and the launcher will remain that colour no matter what the wallpaper colour is. 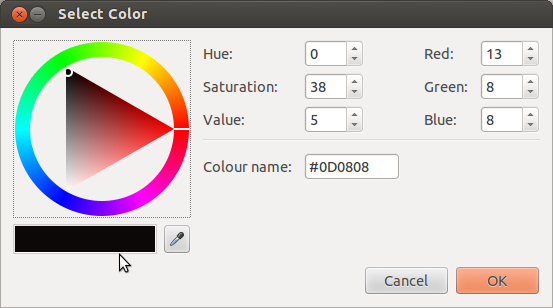 The chameleon effect cannot be turned off without reverting the source changes that enabled it.

Atm the means to alter the color used does not work, seen here in bug report though in one of the dupes a dev marked it as a wishlist which is curious https://bugs.launchpad.net/unity/+bug/975350

Additionally, even when working you are not able to use #000000 which would allow for a non-colored launcher, bug report here - https://bugs.launchpad.net/unity/+bug/924586

If the former bug is fixed you can achieve a near colorless launcher by setting a single color (r,b, or g) to a value of 1, adjusting the opacity to suit & using "Edge Illumination .." for launcher icons

Update - both bugs now have a proposed fix up for review. Have tested here & now a custom color can be set including #000000 which depending on opacity set can negate the 'colored' effect

To stop the dash and launcher to use the same color of the wallpaper. You can use CompizConfig Settings Manager to override this behavior. 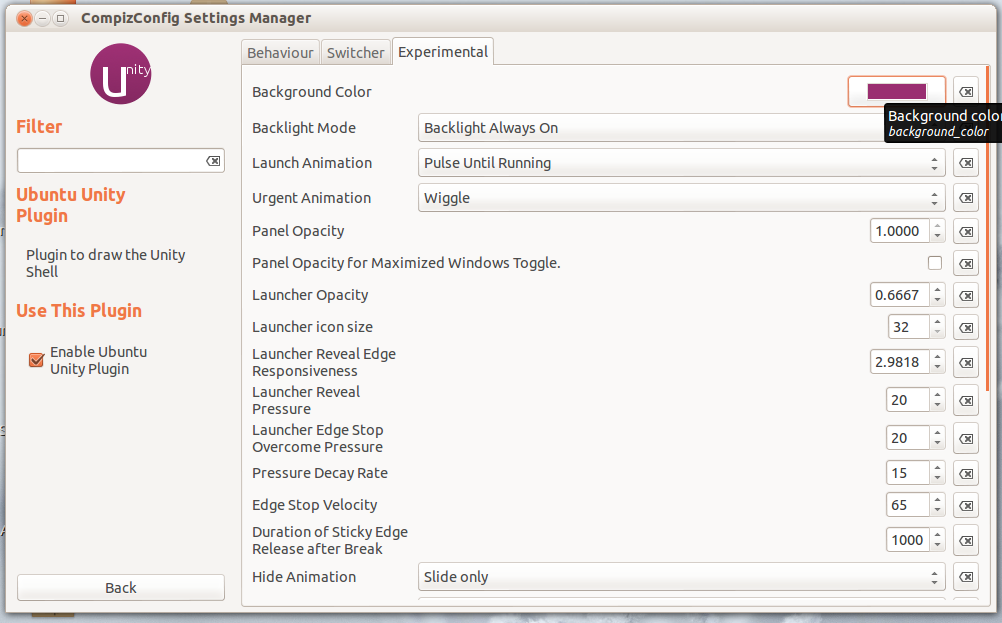 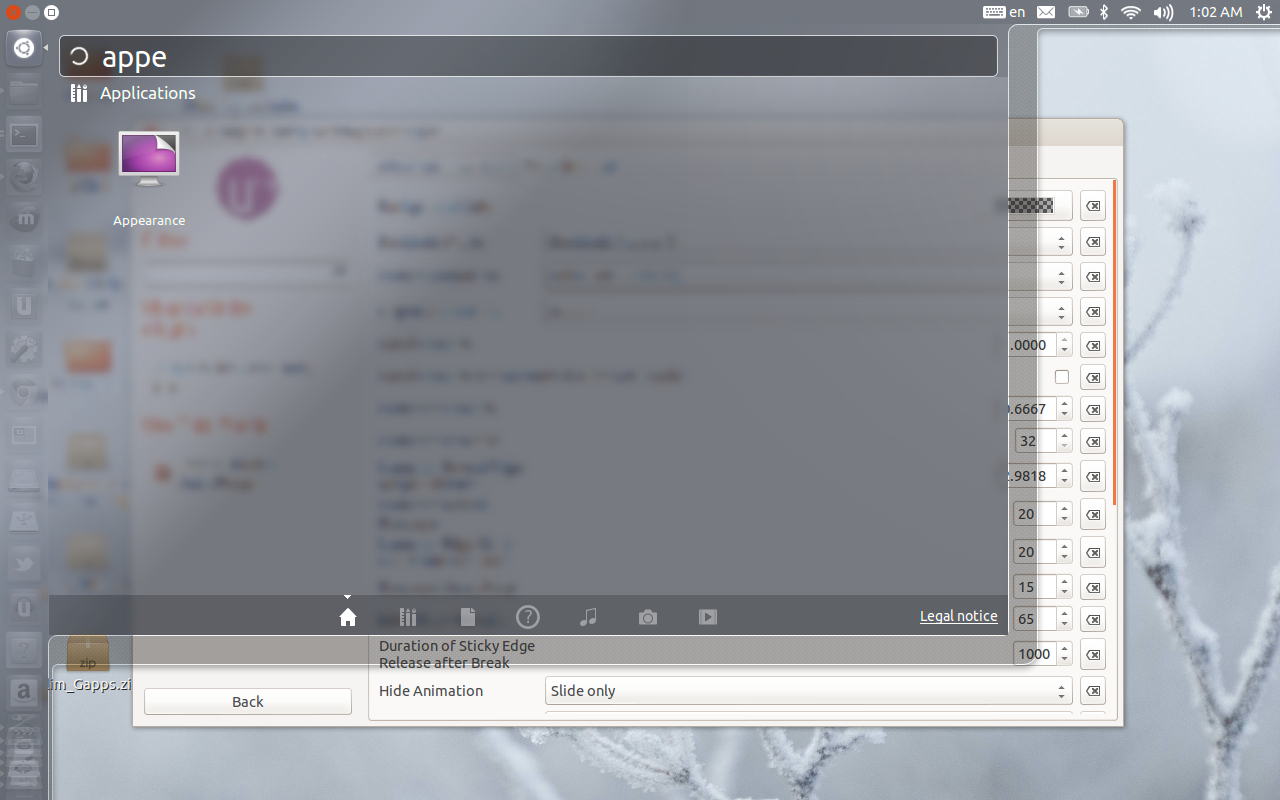 After applying the changes 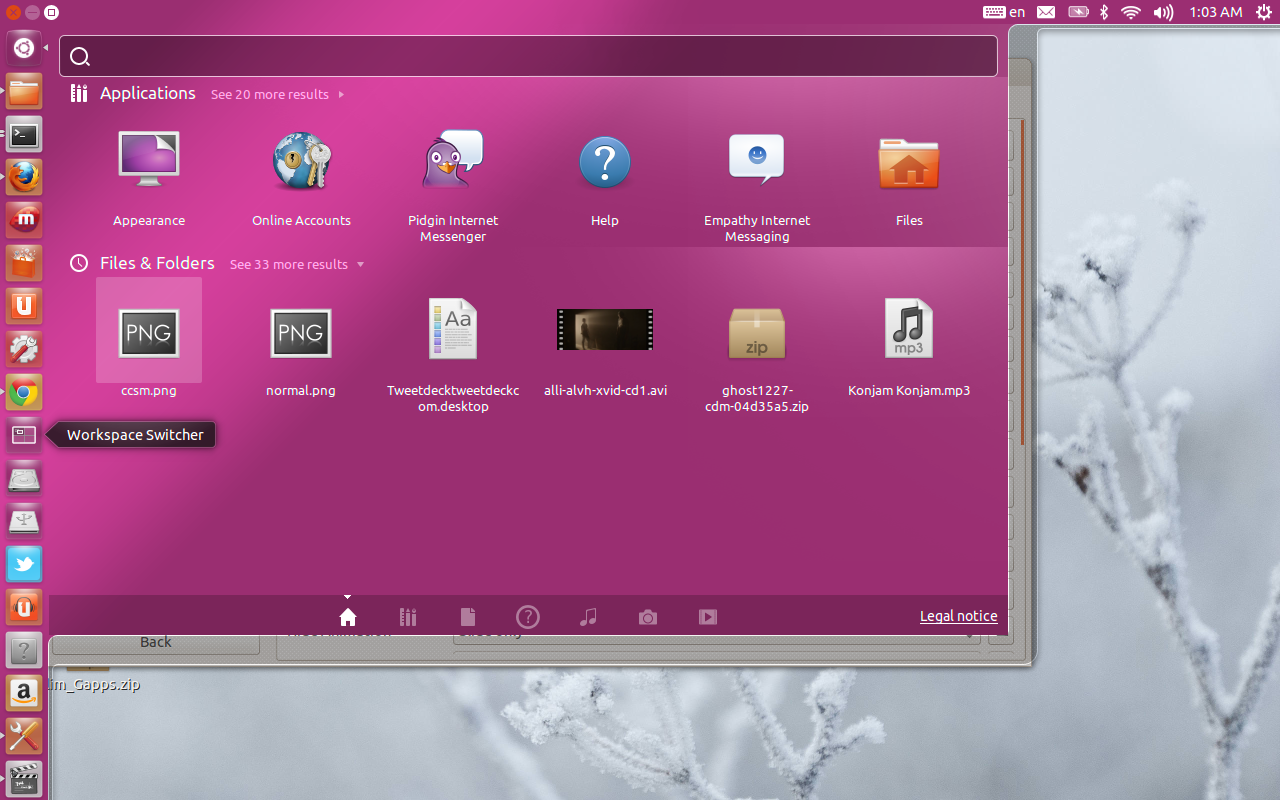 following script used as a startup application can do a fix. gconftool has to be called twice to trigger setting change:

The option is currently broken in 12.04. Custom color settings last only until you do anything else after setting

The issue you are experiencing is because of the new feature of getting a more unified look on the desktop experience.

The goal is to match both the icon-bar and pop-up windows to match whatever wallpaper you have chosen.

Have a look at this video: http://www.youtube.com/watch?v=D6z6hn6wZlg

However, I think i saw a On/Off/Automatic dropdown somewhere regarding colorization of the icon-bar. But I cannot find it now. I will poke around to see if I can find it. And if I do I will get back here with an update.

One workaround that doesn't involve forgoing the use of a background is to edit the colour of the central pixel, as described in this thread: http://ubuntuforums.org/showthread.php?t=1967347

Just set a desktop background with a lot of the colour you want. That's what I do and it seems to work well. (ex if you want blue choose an ocean, if you want green choose some grass, etc)

Not the answer you're looking for? Browse other questions tagged unity launcher notify-osd or ask your own question.

2
How to disable Unity chameleon effect?
2
How to disable chameleon effect in Unity?
1
Turn off chameleonic notification color
0
Launcher makes no colored in Ubuntu 12.04
95
How to customize on-screen notifications?
5
Can't change the Dash Color
5
Chameleon effect not working after update
2
Launcher and dash has a red tint after update to 12.04
2
How can foreground and background colors be changed for Software Center?
1
The dash home button icon is an unexpected colour since upgrading. Why?
See more linked questions